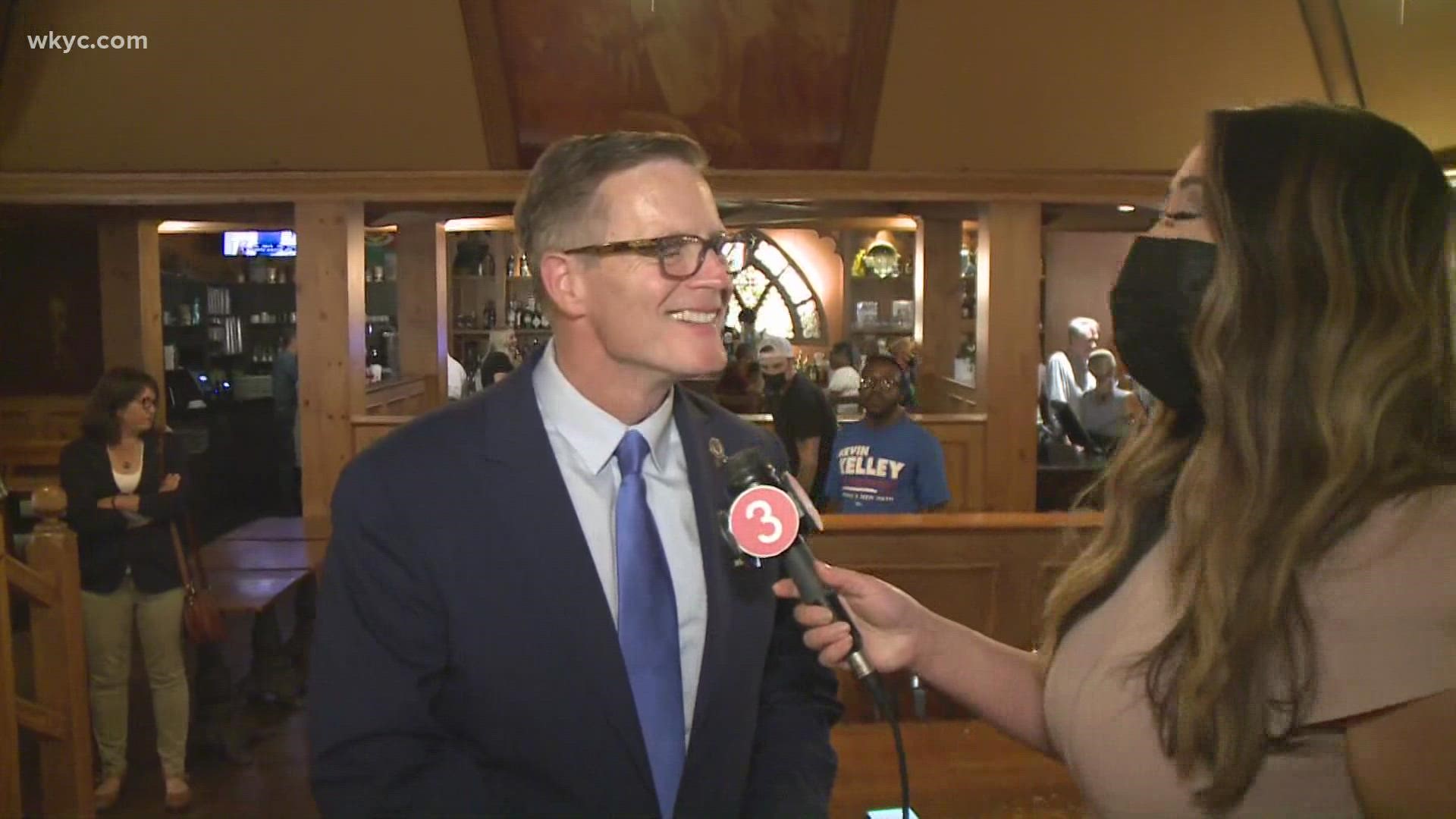 CLEVELAND — On Tuesday evening, Cleveland City Council President Kevin Kelley won the second-highest percentage of votes in the primary election to become Cleveland's next mayor, meaning he will move on to the November General Election.

Kelley took just under 20 percent of the vote in the primary election, falling 3,038 votes behind first-place finisher, Justin Bibb. However, Kelley also beat out former Cleveland mayor Dennis Kucinich-- arguably the most recognizable name in the race.

"We are going to continue our message of letting people know, our best days lie ahead of us, that our community has a lot of challenges, but also a tremendous amount of opportunities. And we're going to just continue to build coalitions, build bridges, bring people together," Kelley said speaking with reporters while election results began to roll in Tuesday.

The City Council President is no newcomer to the political scene. Kelley was elected to Cleveland City Council in 2005 and even managed to capture the endorsement of current Cleveland Mayor, Frank Q. Jackson.

“I have worked with Kevin for more than 20 years and during this time, he has made hard decisions. Those decisions weren’t always in his own political interest, but they were the right decisions for the people of Cleveland,” said Jackson in a statement. “His decisions have helped position Cleveland for the future and are motivated by the need to continue to make our neighborhoods stronger and safer. I am confident that, as Mayor, Kevin Kelley will continue to lead with integrity and put the best interests of Clevelanders first.”

3News' Lynna Lai spoke with Kelley late Tuesday evening after the votes had been tallied, and the City Council President said his campaign looks forward to the next six weeks ahead.

RELATED: Dennis Kucinich falls short in bid to return as mayor of Cleveland