Leading The Land: Lightning round of questions with Cleveland's mayoral candidates

Get to know six of Cleveland's mayoral candidates with questions about their favorite sports teams, favorite city park, and much more. 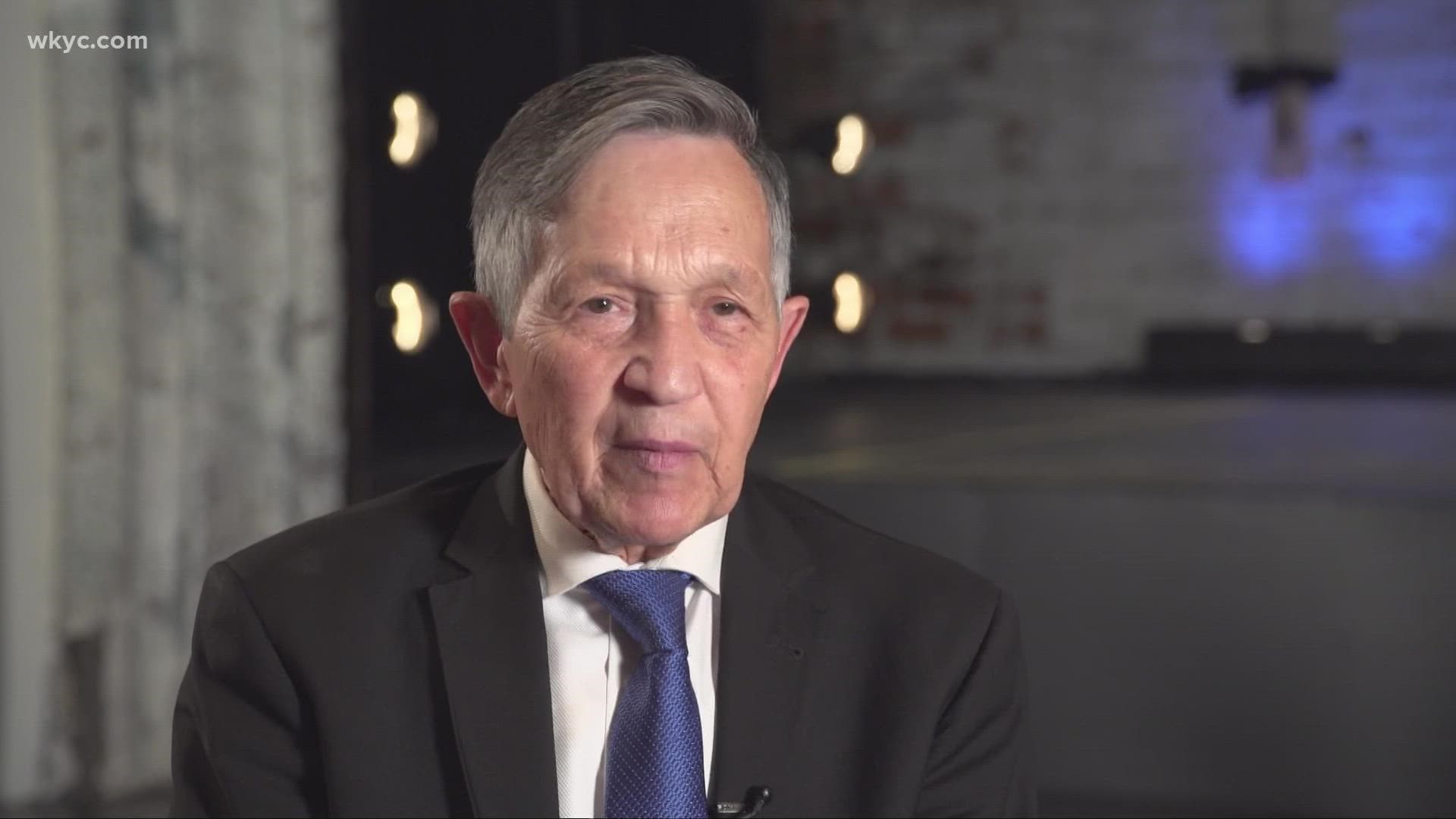 CLEVELAND — This is the third and final installment of our series, "Leading the Land," featuring a look at the six candidates in the race for mayor of Cleveland. In this final segment, Sara Shookman and Mark Naymik go rapid fire with the hopefuls, so you can get to know them better. All but one candidate, Ross DiBello, agreed to meet us at Cleveland Public Theater for a one-on-one interview.

Justin Bibb: "Got to be Selma George Park. That's where I learned how to play ball like a man back in the day."

Basheer Jones: "You know, of course, The Fanny Lewis Park, right in Ward Seven. But I've been enjoying Lincoln Park."

Dennis Kucinich: "Oh, the Worthington Park. It's behind the First District. Okay, my wife and I walk there all the time. We love it."

Sandra Williams: "I would say Woodhill Park. It's my favorite because it was the closest to me. But then can I add a second one?"

Next question: Who's been the best mayor of your lifetime?

Zack Reed: "You got to give me two on that one. George Voinovich and Michael R. White"

Basheer Jones: "Well, Jackson has been here for 16 years. I don't want to say that one."

Dennis Kucinich: "Carl Stokes. No question about it."

Sandra WilliamsL "I would say early on Mayor Jackson's administration, but I did like some of the policies Mike White put in place, but I really don't know."

Question 3: Burke Lakefront Airport. Keep it open or close it?

Dennis Kucinich: "Build the most beautiful park right there."

Kevin Kelley: "That is something where an irresponsible politician will say close it."

Sandra Williams: I want to make it the best lakefront available for residents. So do I want to close it? I don't know if I want to close Burke Lakefront Airport or have a park built there and still keep it open."

Basheer Jones: "The experts say there 's no way that we can close it right now at the moment."

Who is your favorite: Cleveland Indians, Cavs or Browns?

Basheer Jones: "Who's your favorite. Browns, man? The Browns. I'm a Browns guy. Now, when LeBron was here …"

How about this one: Cleveland's corporate community – friend or foe?

Basheer Jones: "I have higher standards for corporate Cleveland. There's a lot that needs to be changed. A lot to be done."

Sandra Williams: "Friend --  at least they were before this campaign."

Our next-to-last question: "If you could triage City Hall departments right now, which one needs surgery immediately?"

Dennis Kucinich: "The mayor's department. They have people falling over each other trying to figure out what they do. I'm going to reorganize the mayor's office and the cabinet."

And finally: Who is your second choice for mayor?

Zack Reed: "I don't have a second choice. There is only one choice. Zack Reed."

Justin Bibb: "I would say State Senator Sandra Williams. Probably I'm biased because we both go to the same church."

Sandra Williams: "I am the only candidate in my opinion.

To see the full interviews with each candidate right now, click here.

More from "Leading The Land":