Kevin Kelley is against Issue 24; Justin Bibb backs it 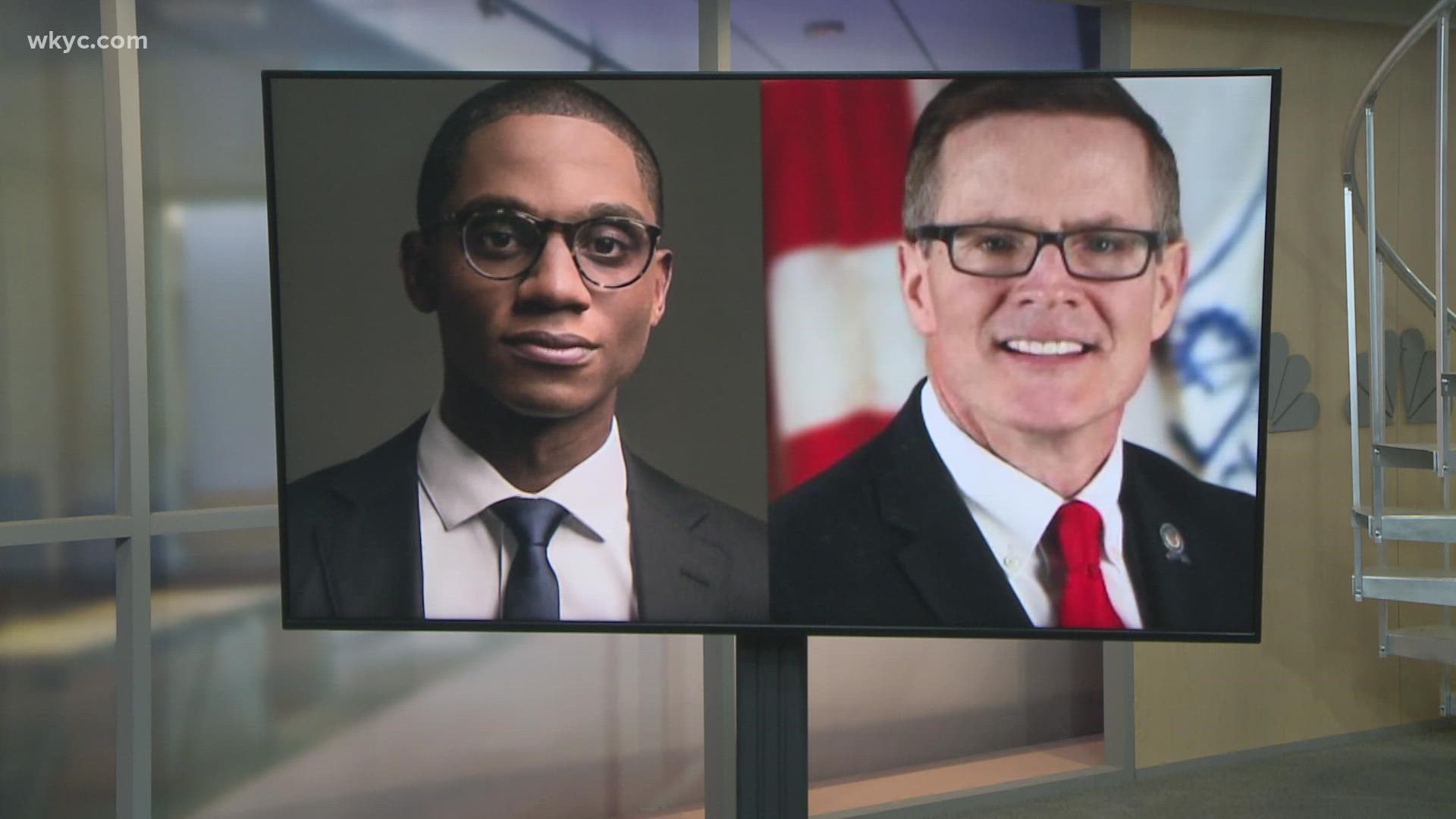 CLEVELAND — Cleveland Council President Kevin Kelley and nonprofit executive Justin Bibb agree on many strategies for combating violent crime and improving the relationship between police and the community.

They both support bringing back neighborhood police stations, often referred to as mini stations. They say recruiting and hiring more police officers is a top priority, as well as giving them more training and better equipment. And they told 3News recently they also want to see police more often pursue suspects in vehicles under the city’s chase police policy.

But a proposed amendment to the city’s charter – which appears on the November 2 ballot as Issue 24 – has become a fault line between them on policing.

Issue 24 would shift oversight of the police department – including policy and discipline of officers - to a civilian-led board and commission.

The two defended their positions recently in a public forum sponsored by the young professional group Engage! Cleveland. They also discussed the issue in one-on-one interviews with 3News.

If passed, the proposal would create a new Civilian Police Review Board. It would decide police discipline after investigating complaints.

Right now, the police chief and the public safety director make the final call. And when the police union challenges discipline decisions, the two sides abide by state arbitration rules. But under the proposal, the chief and public safety director will have to abide by the board’s decision as final, according to Cleveland officials’ review of the proposal during a recent Cleveland City Council hearing.

Issue 24 would also call for a Community Police Commission comprised of 13 people picked by the mayor and approved by Council. The commission would have the power to set policy, investigate and spend money outside of Council’s oversight.

Police Chief Calvin Williams said Issue 24 ignores the progress the department has made under a federal deal that mandates policing changes. He called the proposal an “11th hour” deal that flips the department on its head and sets up conflict with the state arbitration rules.

“It throws the baby out with the bath water,” he said.

Other critics have said having civilian board members would lead to potential bias and potential infighting.

Subodh Chandra, one of the principal attorneys who drafted Issue 24, defended the proposal as needed reform that gets beyond promises. He said the plan is needed because “certain voices have been cut out,” referring to those who have been victims of police abuse. Chandra fielded questions from Council members during the hearing.

“If the public had confidence in the system, there would be no need for this,” he said.

Bibb said the proposal is not perfect but nonetheless worthy of support.

“This amendment gives the mayor the ability to really share power with the people where you have 13 members of the commission, all appointed by the mayor and Council,” he said. “The way we've been doing things in the city for far too long is not working, and I'm not going to be someone that undermines democracy in the city.”

Kelley said it will make managing the police department complicated and inefficient. He also said putting civilians in charge of the department will spark departures and make it harder to recruit officers.

“I think it’s an overreaction,” Jeff Follmer, president of the Cleveland Police Patrolmen’s Association, said. “I think the city and citizens saw there needed to be a change in police and procedures and that happened. The federal government, Justice Department came in. Cameras came in. It’s super easy to make a complaint now.”

Follmer predicted a wave of officers will retire if Issue 24 passes. He said the department is already down about 150 officers.

“Police officers won’t stay if you are going to give this to a bunch of civilians with no experience,” he said. “You can be down 300 to 400 people in the first quarter.”

The police union has not endorsed a candidate in this mayor’s race nor has it formally campaigned against Issue 24. But Follmer said he is urging voters to oppose it.

When asked about the potential problems Issue 24 poses for the city and union contracts, Bibb said he hopes unions will work with him.

“But I'm committed as mayor, if elected, to executing the will of the people and making sure that I'm a good partner to labor in the process that doesn't undermine collective bargaining rights,” he said. “And I think our union brothers and sisters will agree with my vision and mission of bringing a racial and social justice to policing in the city of Cleveland.”

Kelley said he believes voters must ask themselves a couple of questions before voting for Issue 24.

“The question that we all need to ask right now is do we think that our community would be safer with this or without?” he said. “Do we think it'd be easier to get a chief when the chief can be overruled by an unelected civilian board?”

You can hear Bibb and Kelley talk about Issue 24 and other issues, including their vision for a new police chief, in the extended interviews below.