Saturday's debate took place with just over two weeks to go until Cleveland selects its next mayor. 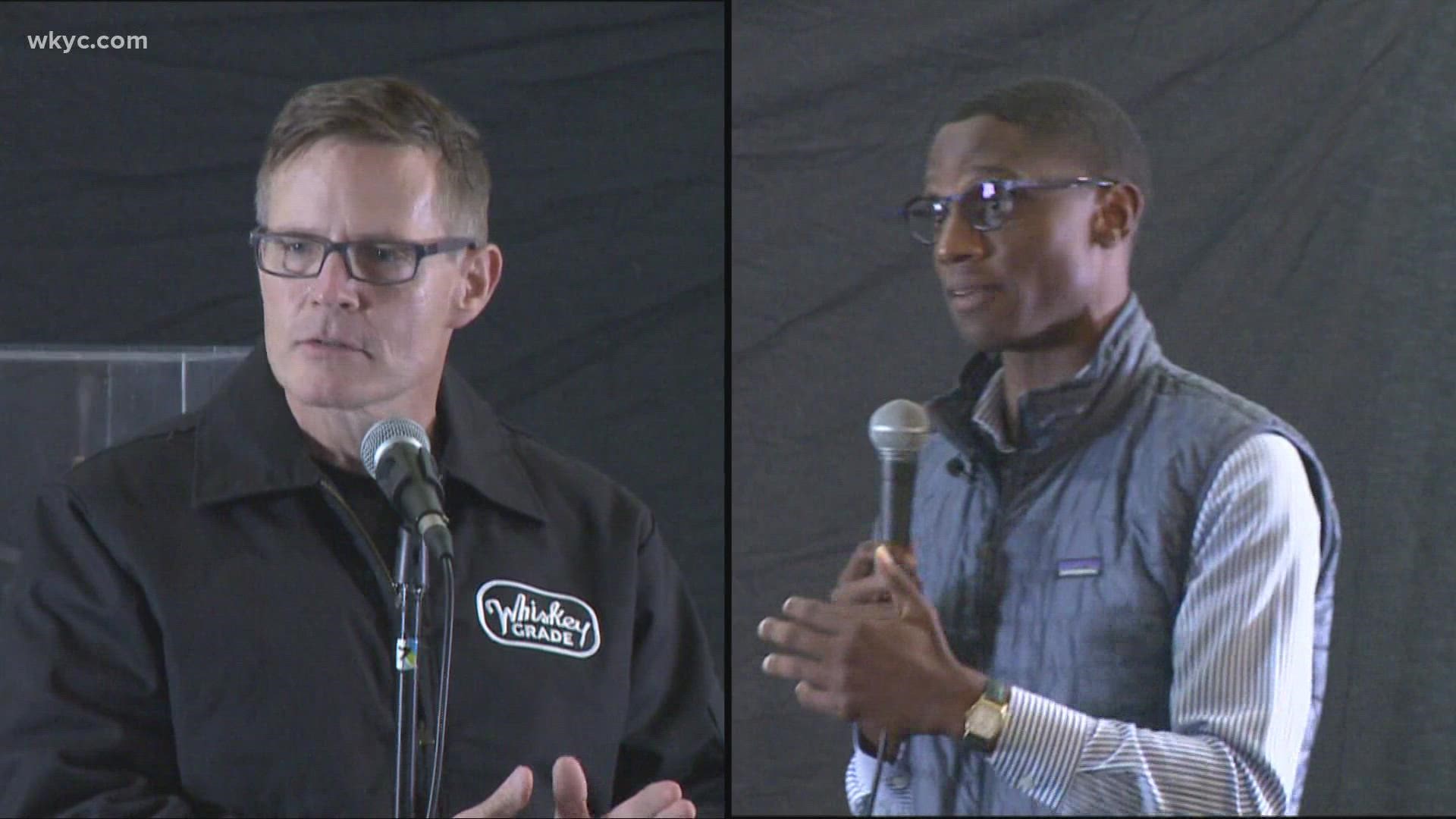 CLEVELAND — With just over two weeks to go until the election, the two candidates vying to succeed Frank Jackson as Cleveland's next mayor are pushing hard for votes.

On Saturday, Justin Bibb and Kevin Kelley discussed key issues during a debate at the Cleveland African-American Museum on Crawford Road.

The debate, moderated by Rhonda Crowder and Kevin "Chill" Heard from the Greater Cleveland Association of Black Journalists, featured questions from a live audience.

Non-profit executive Justin Bibb continues to advocate for the removal of current Cleveland Division of Police Chief Calvin Williams. "Number one, we got to get a hold of crime in this city.  I intend to hire a police chief that shares my value in social justice equity and fairness," Bibb answered when asked what his first priorities would be upon taking office as Cleveland's next mayor.

Bibb's opponent, Cleveland CIty Council President Kevin Kelley, believes that the controversial Issue 24, which would shift shift oversight of the police department to a civilian-led board and commission, should not even be on the table.

The two candidates are polar opposites on the proposed amendment to the city’s charter, which appears on the November 2 ballot. Bibb supports it, while Kelley is against it.

"I'm the son of a cop, so this is not an anti-police bill," Bibb stated. "What this bill does is allow more community voices around the table."

The Consent Decree was agreed upon by the U.S. Department of Justice (DOJ) and the Cleveland Division of Police following a 2014 investigation that found Cleveland police officials had violated the U.S. Constitution and federal law while engaging in certain police practices.

“I support accountability. I support reform. But I cannot support the text of Issue 24," Kelley added when talking about the Consent Decree holding police accountable. Bibb disagreed.

“The mayor appoints, with council's input, 13 members from the community," Bibb stated in his support of Issue 24.

Saturday's debate wrapped up a busy week for Bibb and Kelley. They took part in a debate by the City Club of Cleveland and Ideastream on Tuesday, then participated in a town hall with 3News' Russ Mitchell on Thursday.

According to a poll released this week by Baldwin Wallace University's Community Research Institute, Bibb holds a nine-percentage-point advantage over Kelley with just three weeks to go before election day. Bibb was the top choice of 34.5% of respondents, compared to 24.9% for Kelley. However, 40% of residents said they were still undecided.