Bibb was the top vote-getter in Tuesday's Cleveland mayoral primary. 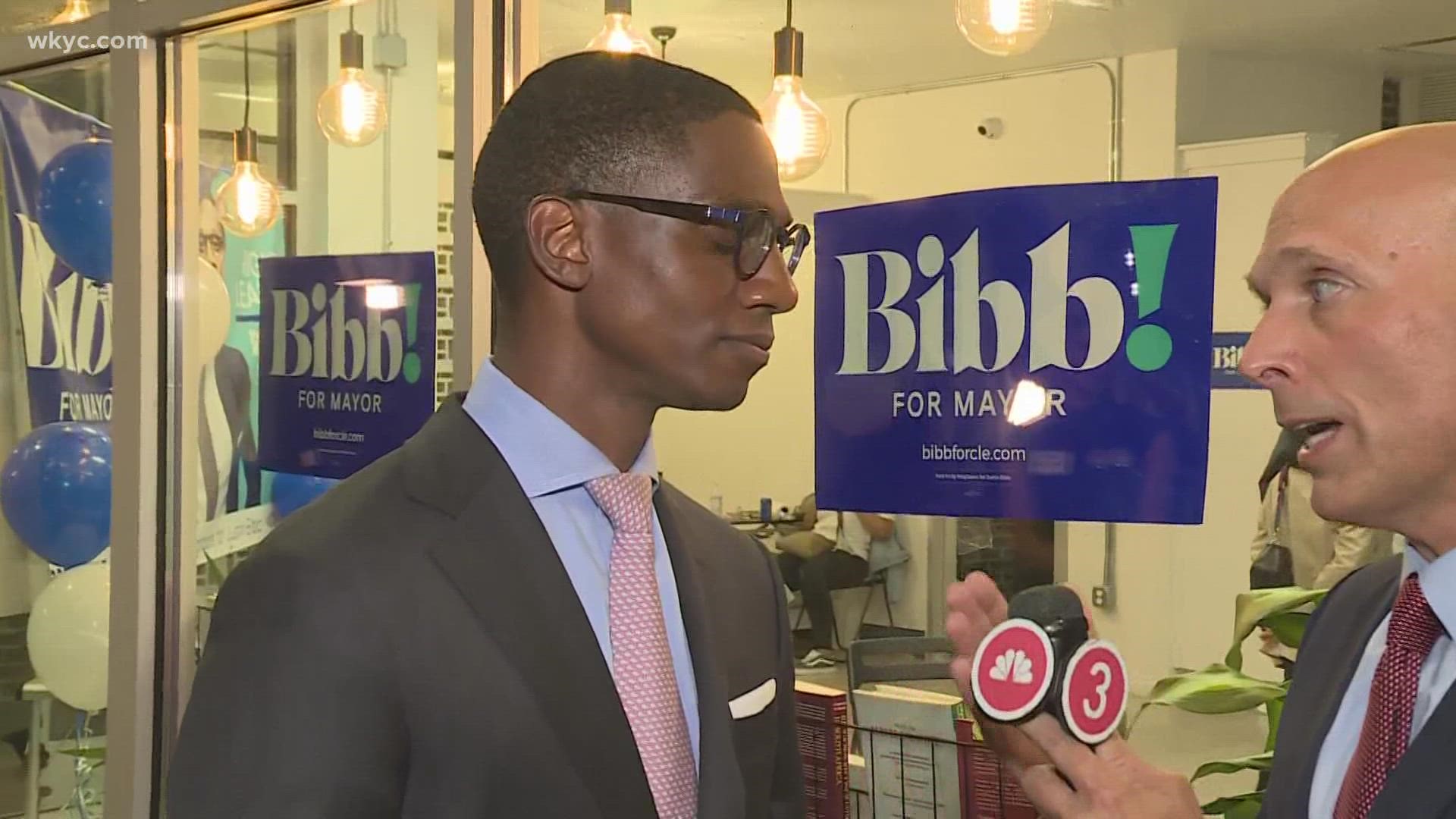 CLEVELAND — The improbable has become more than possible for 34-year-old Justin Bibb.

The non-profit executive was the top vote-getter in Tuesday's Cleveland mayoral primary election, capturing 27% of the vote to outpace his other six opponents. Bibb will now face Cleveland City Council President Kevin Kelley in November's General Election for the right to replace the retiring Frank Jackson as Cleveland's next mayor.

Nine months ago, if you had asked many Clevelanders who Justin Bibb was, you might have gotten a response such as, “is he related to Leon Bibb?” Actually, he is a distant relative of our 3News senior commentator, but Justin Bibb is making a name in his own right. And he's enjoying proving the doubters wrong in the process.

"They said we'd have to wait our turn. They said that we were too young and that we weren't experienced enough," Bibb told supporters after his victory. "But by centering our campaign with the people, we shocked the political world."

So how did this political newcomer achieve this level of success?

"I think our message for change has truly resonated," Bibb told 3News' Mark Naymik following his victory. "But the work continues tomorrow. We have a coalition to continue to build to make sure we're successful come November 2nd."

Can Bibb overcome Kelley's long experience in city government when the two face off in November?

"Listen, I'll put my experience with anyone in this race. I spent nearly half of my career advising mayors all across this country. I helped manage a $1.7 billion dollar budget at KeyBank and I've also been a grass-roots activist. I think that experience being on the frontlines of activism and also the experience in the corporate board rooms makes me the most qualified candidate to be the next mayor of Cleveland," Bibb told Naymik.

You can watch Justin Bibb's victory speech in the player below: