The race remains competitive among six of the seven candidates on the ballot. 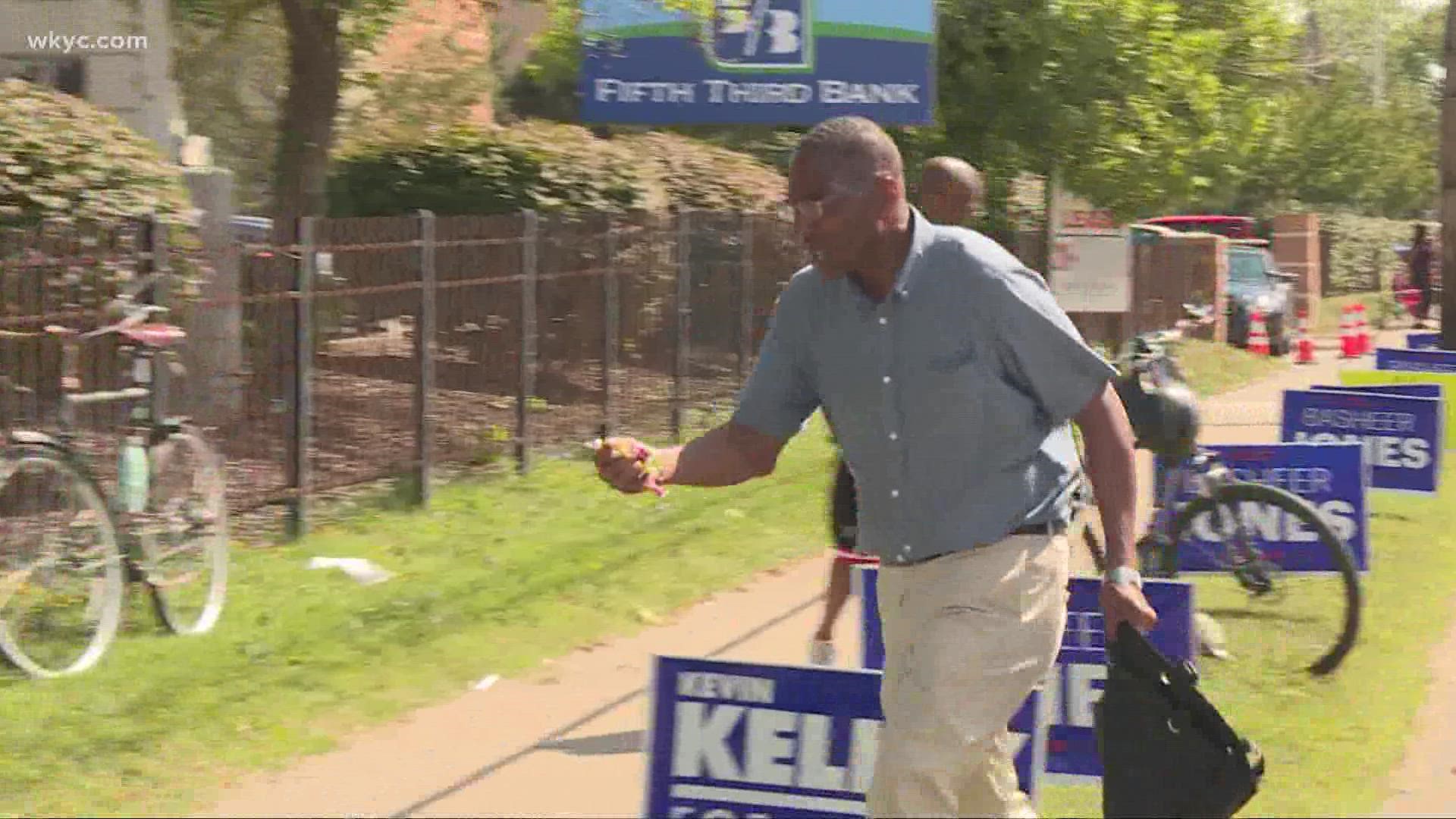 CLEVELAND — Cleveland voters are set to take a major step in picking their first new mayor in 16 years.

The top two finishers in Tuesday’s non-partisan primary advance to the November 2 election, which will have impact well beyond the city’s borders.

In recent weeks, they have competed for attention during debates, media interviews and at neighborhood hood meet-and-greets.

Some candidates and their allies have flooded mailboxes with negative advertising.

All the candidates agree that crime and safety – from police reform to hiring more officers to neighborhood stations and foot patrols -- is a top priority.

They also promise to focus on reviving the city’s pandemic-crippled economy – the engine that drives the region’s prosperity.

State Senator Sandra Williams is also within reach, though she trails the other five in most polls.

There is a seventh candidate --  West Park attorney Ross DiBello -- though he lacks the support and campaign infrastructure to advance.

Kelley argues his experience makes him ready on day one.

Kucinich boasts he’s still the fighter for Cleveland he was 42 years ago.

Bibb charges his youth and outsider status give him the best vision.

Williams claims she has the broadest experience inside and outside government to lead the city.

Reed professes to have neighborhood residents’ best interest in mind with his focus on safety.

Making the race unpredictable is expected low voter turnout, which the elections board predicts will be 20 percent or less. (Turnout was 13 percent in the Cleveland primary four years ago.)

The likely winners could advance with as few as 6,000 -7,000 votes, which leaves each candidate calculating how the city’s East-West divide can be used to their advantage.

Voters have to go back 20 years to 2001 when former mayor Michael R. White announced he would not run again to see such a competitive primary.  Jane Campbell won the race that year, becoming Cleveland's first female mayor. She lost four years later to Frank Jackson, who’s been largely unchallenged since. His plan to retire at the end of the year sparked the crowded field this year.

Learn more about the candidates for Cleveland mayor in our "Leading the Land" series: