VOTER GUIDE | What you need to know about Cleveland's mayoral primary election, other Cuyahoga County races, & how to find your polling place

Cleveland voters will decide on the two mayoral candidates who will move on to November's General Election as part of Tuesday's primary. 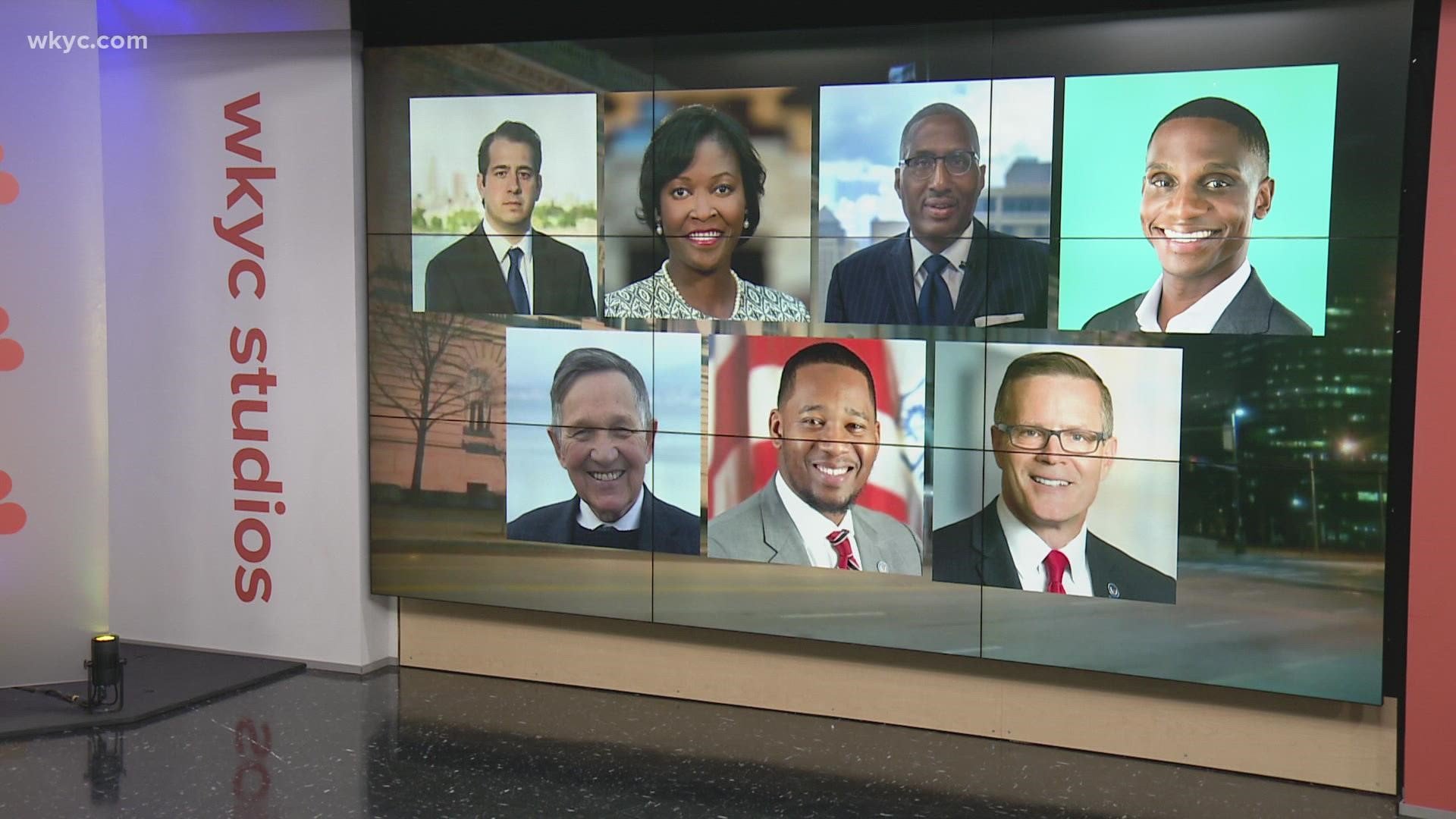 CLEVELAND — Voters in seven Cuyahoga County municipalities will head to the polls on Tuesday for the Primary Election. Below we've compiled a guide that features every important question you might have about Tuesday's primary. Happy voting!

WHEN IS PRIMARY ELECTION DAY?

WHEN ARE THE POLLS OPEN?

HOW DO I REGISTER TO VOTE?

The deadline to register for this primary was August 16. Sorry.

WHERE IS MY POLLING PLACE?

You can find your polling location HERE.

WHAT RACES ARE ON THE BALLOT?

Seven cities in Cuyahoga County are having primaries on Tuesday. Here are the races:

CLICK HERE to see a sample of your local ballot so you can study up before the results start coming in.

WHO IS RUNNING FOR CLEVELAND MAYOR?

There are seven candidates on the ballot:

WHAT HAPPENS IN THE CLEVELAND MAYORAL RACE AFTER THE PRIMARY ELECTION?

Tuesday's Cleveland Mayoral Primary Election is non-partisan, with the top two vote-getters moving on to the November General Election.

HOW CAN I LEARN MORE ABOUT THE CANDIATES BEFORE I VOTE?

3News' Mark Naymik and Sara Shookman spoke with six of the seven candidates in-depth about issues ranging from crime and police reform, to the economy, and much more in our "Leading the Land" series. Click on the below links for more:

WHAT FORM OF ID SHOULD I BRING SO I CAN VOTE?

You need to have a form of ID with you to cast a ballot on election day. Acceptable forms of identification are listed HERE.

WHAT IF I FORGET MY ID?

You can cast a provisional ballot by providing your Ohio driver's license or state identification number OR the last four digits of your Social Security number. Once the information is reviewed and verified by the board of elections, your ballot will be counted.

"If you do not provide one of the above documents or your driver’s license/state identification number or the last four digits of your Social Security number at the precinct, you will still be able to vote using a provisional ballot," according to the Ohio Secretary of State site. "However, in order for that ballot to be counted, you must return to the board of elections no later than seven days following Election Day to provide a qualifying form of identification."