Cleveland’s political past paved the way for the present

One of the people responsible for securing the 1980 presidential debate in Cleveland reflects on the road she helped paved leading to Tuesday's political showdown. 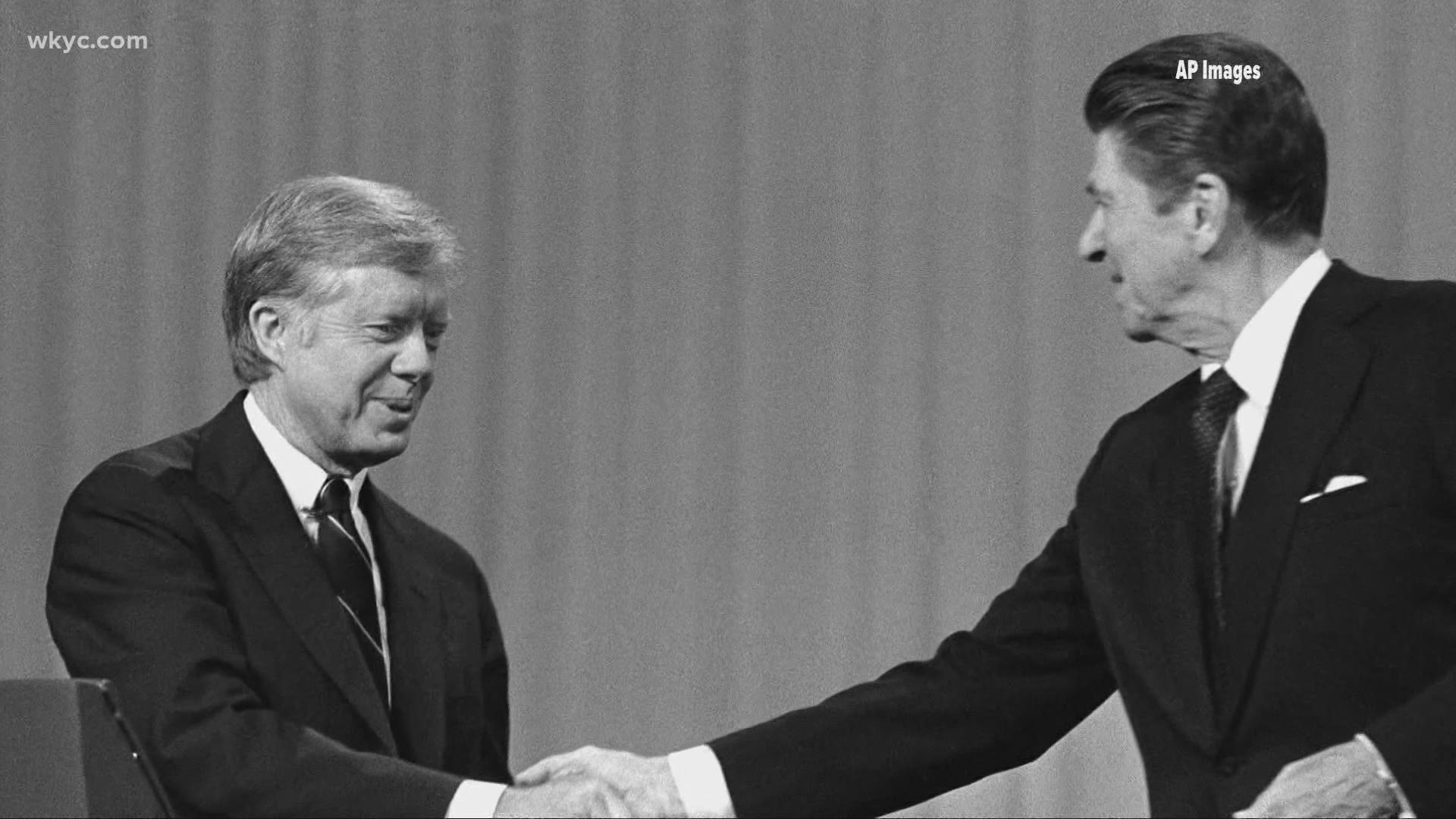 CLEVELAND — Adding up the conventions, debates, and campaign stops, it’s easy to call Cleveland a hot bed for politics.

Ohio has long been a lynchpin in presidential politics, acting as a battleground state that candidates have tried to take on the road to the White House.

“There’s something about Cleveland that attracts people who are running for something,” Grace Kudakis says. “Clevelanders, or maybe Ohioans, whether they’re Republicans or Democrats, they always go and vote.”

One of the major milestones in Cleveland’s political history came in 1980, when the city hosted the only debate that year between President Jimmy Carter and then-challenger Ronald Reagan.

“I’ll tell you that it was a hard, hard rock to crack,” Kudakis told 3News

A longtime Northeast Ohio resident, Kudakis, who remembers being referred to then as “that little girl,” is one of the main reasons why the city hosted the debate. She was the president of the League of Women Voters, and when she heard they were looking for debate host, she made the case for Cleveland.

“I wrote letters, I called on the phone and because they realized, or they thought, this girl will go away, but maybe that’s what made me do it. I just stayed with it,” she remembered. “Many people said, ‘Wouldn’t you be very embarrassed if you do all of this and they don’t come?’ I said, ‘I never thought of that.’ If people thought of that, nothing would happen.”

While a lot has changed since 1980, Kudakis says the upcoming debate is a bit of a blast from the past. However, it’s a blast that may not be happening without the tenacity of ‘that little girl’ nearly 40 years ago.

RELATED: 3News invites Northeast Ohio voters to watch the presidential debate with us in our Zoom room