The levy is not a tax increase, but a continuation of $100 million dollars of funding that Cuyahoga County voters passed in 2016. 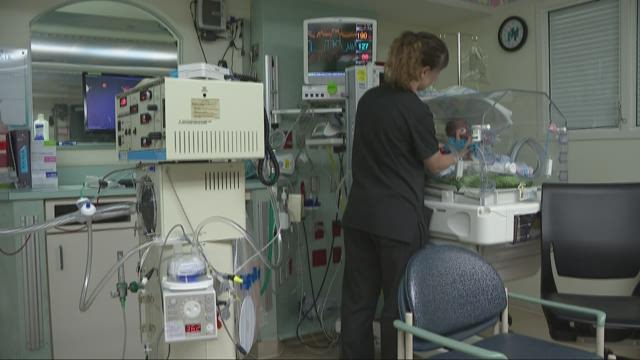 On Tuesday, Cuyahoga County voters will be asked to pass a levy to continue $100 million dollars in funding to various health and human services. The levy is not a tax increase, but a continuation of funding voters passed in 2016. If passed this levy would last another two years.

MetroHealth’s Neo Natal Intensive Care unit has been a second home to Jennifer Creswell for the past ten weeks.

“Carter was born at 28 weeks but he was the size of a 23 week old baby so he only weighed one pound three ounces,” she says.

Jennifer went to a routine ultrasound appointment at Metro when her doctor noticed something wrong. She needed an emergency cesarean section when her blood pressure put the baby’s life at risk. The condition is known as preeclampsia.

“It was really scary, I remember walking over here crying, saying 'I didn't want to die' and I didn't want my baby to die,” Jennifer remembers.

“We're the only facility in the state of Ohio that can take care of adult and pediatric burn and trauma patients which is relatively unique,” says Metro Burn Center Director, Dr. Anjay Khandelwal

Carter is just over three pounds and hopefully will go home by June.

“If it wasn't for them I wouldn't have him and they not only take care of him they take care of me during this whole experience,” Jennifer says.

She knows how she’ll be voting Tuesday.

“I know how much it [NICU] needs and what it takes for all these babies to be here so it's very important, it's really important,” she said.