Eight candidates held a virtual debate as the countdown continues to the August 3 Special Primary Election. 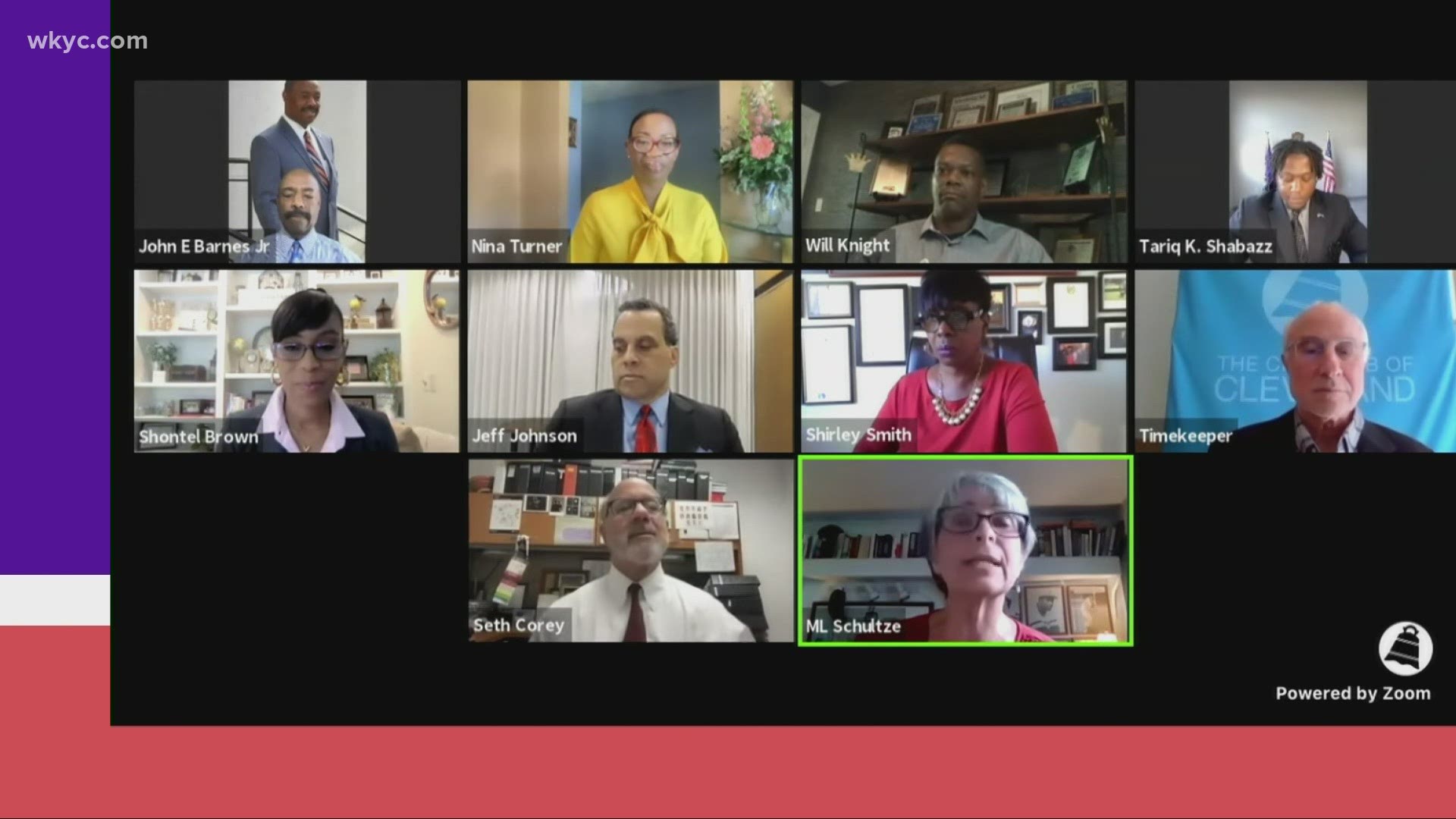 CLEVELAND — After months of campaigning, the Democratic candidates vying to replace Marcia Fudge as the U.S. Representative for Ohio's 11th Congressional District faced off in a virtual debate, sponsored by the City Club of Cleveland, on Tuesday night.

From the COVID-19 pandemic to Ohio's private prisons, Democratic candidates gave their opinions on how they'll lead the 11th Congressional District if they win the election.

The candidates were first asked about police brutality and reform, and how they would

"We should pass the George Floyd Act which deals with, from the stand-point of at least the federal government and its police force, to be able to stop choke holds," said Johnson, a former Ohio State Senator.

"I would like to see a uniform training for police," said Smith.

"I believe that psychological testing should happen for law enforcement on a regular basis," replied Congressional-hopeful, Nina Turner. "Not to be punitive, but it is a stressful profession."

"We have to find ways to start financing many of these things and we also have to be finding access to quality care," said Knight.

"We have to make sure that we have policy that is directed toward creating an opportunity for all Americans to have healthcare we must keep our promise," agreed Barnes.

And when it came to discussion on the COVID-19 pandemic's impact on Americans, all agreed that it needs to be easier for Ohioans and U.S. residents alike to thrive, rather than just survive.

"We need to be investing in these communities. We can no longer on this pathway where we allow people to eat and fight to survive," argued Shabazz.

You can watch Tuesday's entire debate in the player below:

Fudge left her seat in the U.S. House of Representatives to become the Secretary of Housing and Urban Development in the Biden Administration earlier this year.

The Special Primary Election for the 11th District is set for Tuesday, August 3. The Republican and Democratic winners will then face off in the General Election on November 2.