Special election for Ohio's 11th congressional district will be held on Nov. 2, 2021

Gov. DeWine announced that the special primary election to fill the seat last held by Marcia Fudge will be on Aug. 3, 2021, prior to the November election. 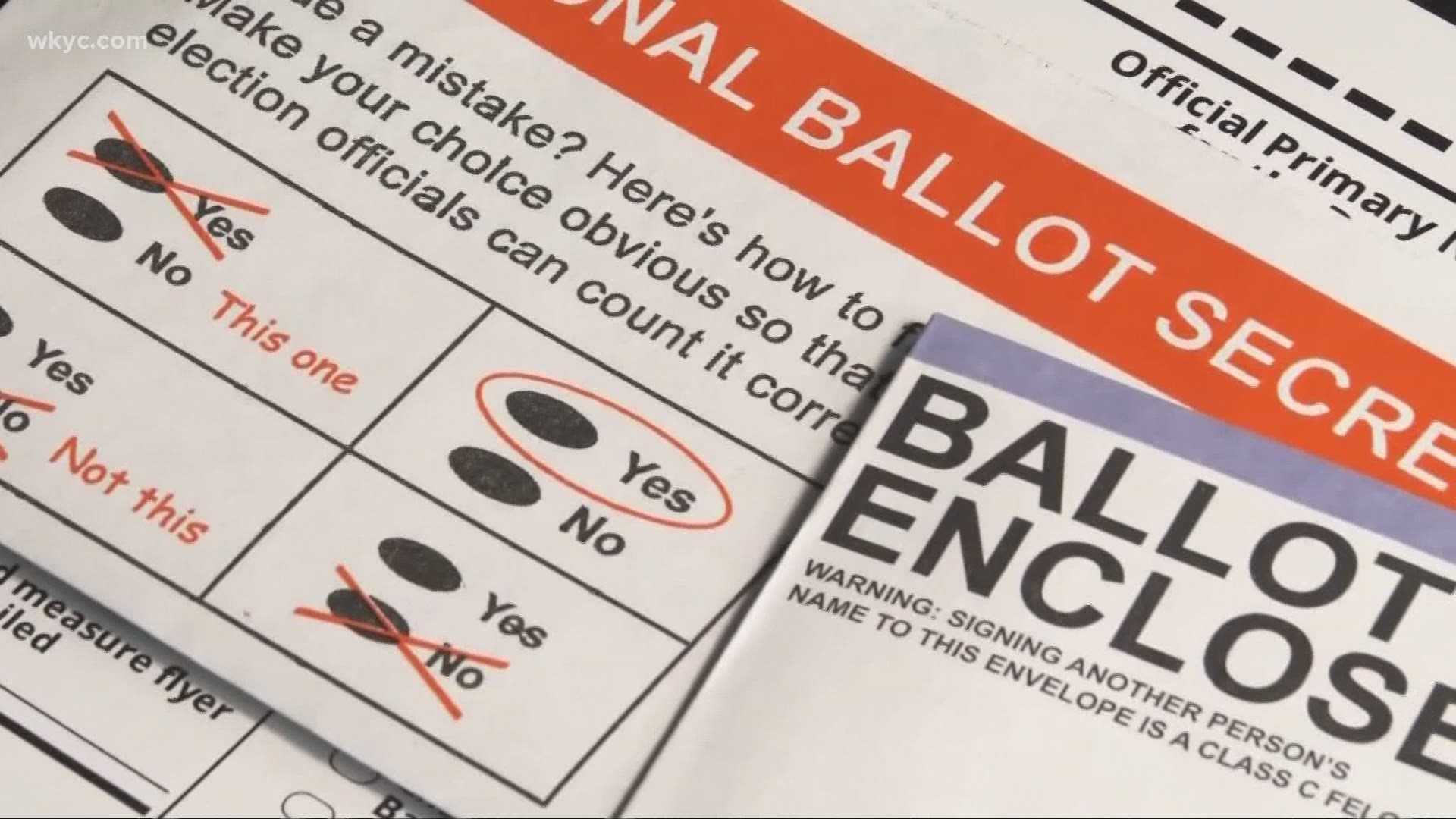 CINCINNATI — During his COVID-19 briefing on Thursday, Gov. Mike DeWine announced that the election for Ohio's 11th Congressional District will be held on Nov. 2, 2021.

Candidates will be vying to replace Marcia Fudge, who is now serving as the Secretary of Housing and Urban Development in President Biden's administration. Prior to the special election, a primary election will take place on Aug. 3.

Both DeWine and Ohio Secretary of State Frank LaRose noted that, had the U.S. Senate not waited to confirm Fudge until just this Month, the primary election to replace her might've been able to take place in May followed by an August general election. They two also cited the need to have enough time to get absentee ballots sent out, particularly to members of the military.

“Though the Senate took a much longer time than expected to confirm Secretary Fudge, the Governor has picked an election schedule that is fair to both candidates and voters alike, and consistent with past special election timelines,” LaRose said. “Voters in the 11th district are going to get the same accessible, accurate, and secure election to which they and all Ohioans have become accustomed.”

According to DeWine, the Constitution allows the governor to appoint replacements for the Senate, but mandates that there must be an election to fill vacancies in the House of Representatives. There are currently three candidates who have announced their intention to run for the House vacancy: Former State Sen. Nina Turner, Cuyahoga County Councilwoman Shontel Brown and former State Sen. Jeff Johnson.

The race is expected to be yet another battle between the establishment and progressive wings of the Democratic Party. Brown has long cited the political veteran Fudge as one of her mentors, while Johnson has attacked Turner for her criticisms of President-elect Biden and other party leaders.

Turner and Brown both issued statements following the announcement of the primary and geleral election dates.

"This election is about sending someone to Congress who can work with the Biden Administration to deliver a robust health and economic recovery that lifts all of Northeast Ohio," said Shontel Brown. "I have a record of successfully working with local leaders on public health, job growth, and justice in our community. I'll spend everyday until the election on August 3 earning the support of Democrats across Cuyahoga and Summit Counties."

"Our grassroots campaign has been meeting for months in a safe way with voters and leaders all across the district," said Nina Turner. "What we are hearing from the people of this district is they want a Congressperson who is going to go to Washington to be an effective voice for the needs of our community.  Our people deserve better wages, better and more affordable health care, and a nation that affirms the social dignity of every person. They want a Congressperson who will negotiate hard for them -- to be their champion -- and who has shown the ability to work with anyone who can help make life better for people. In the coming months, I look forward to meeting as many folks as we can safely do and I invite you to join us in this campaign for a better future for northeast Ohio."

LaRose announced several key dates of note in addition to the days of the primary and general election:

May 5th: Declaration of candidacies for partisan candidates must be filed with the Cuyahoga County Board of Elections.

May 24th: Declaration of candidacies for write-in candidates must be filed with the Cuyahoga County Board of Elections.

May 25th: The county board of elections must certify the names of the candidates that will appear on the special primary ballot.

July 6th: Eligible Ohioans not already registered to vote who wish to cast a ballot in the Special Congressional Primary Election must register to vote by this date.

October 4th: Eligible Ohioans not already registered to vote who wish to cast a ballot in the Special Congressional General Election must register to vote by this date.

Ohioans interested in registering to vote or signing up to be a poll worker should visit VoteOhio.gov for more information.