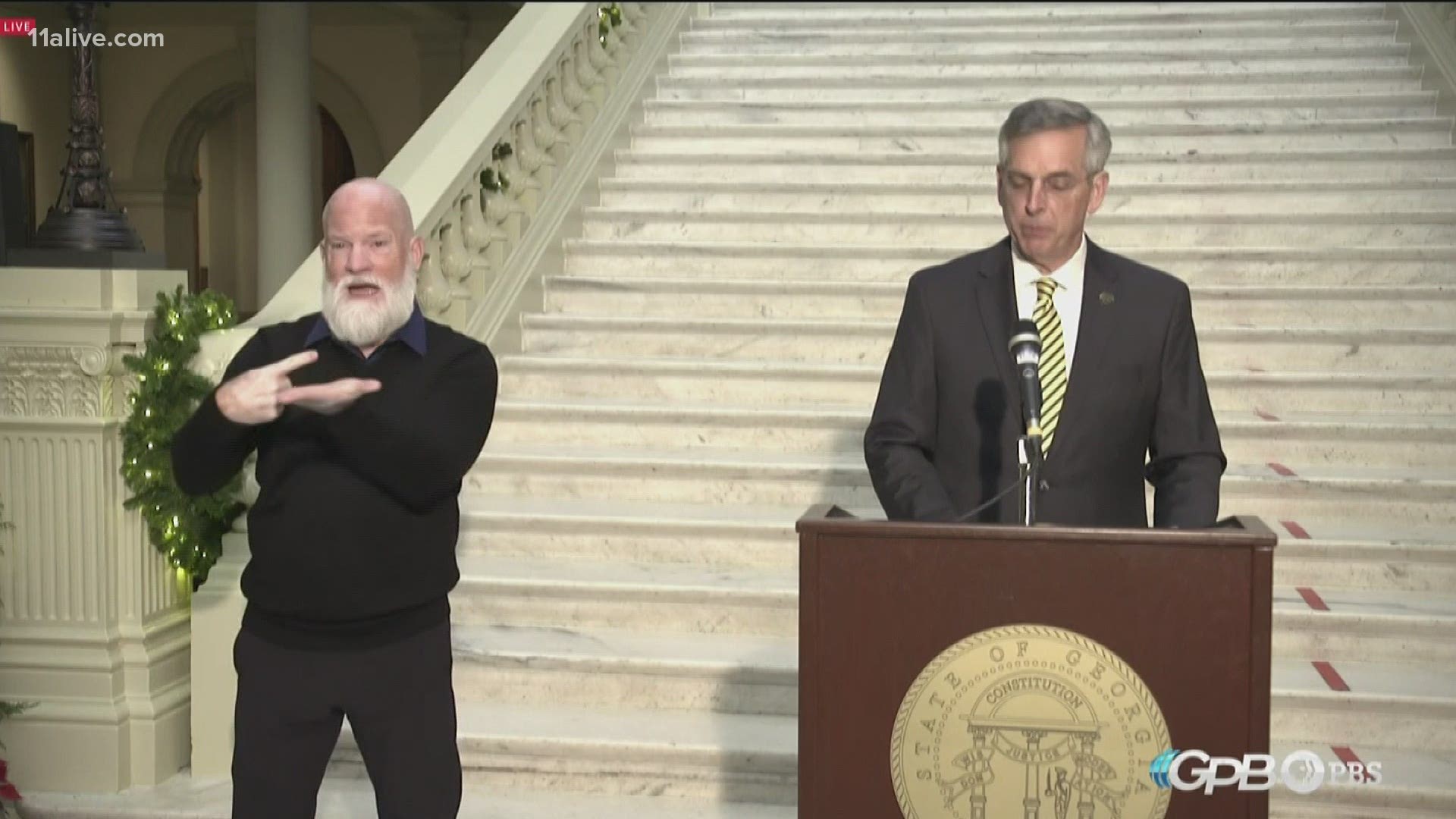 ATLANTA — Georgia Secretary of State Brad Raffensperger, along with several county election officials, is calling for changes to the no-excuse absentee ballot request rule in order to help reform the state guidelines.

“In light of the past few months and the overwhelming amount of paper absentee ballots that have been requested, processed and counted, I would support legislation that would require all applicants to provide a reason to receive an absentee ballot by mail,” said Deidre Holden, Paulding County Elections and Registration Supervisor, in a release from Raffensperger's office on Wednesday. “It would also help with the expense on a county budget due to the extreme cost incurred in the processing of a ballot from beginning to end.”

RELATED: Why can you vote absentee in Georgia when you're not actually absent?

“Reforming Georgia’s absentee ballot request process to only those have a specific need would take a large burden off of the overwhelmed elections officials here in Lowndes County and across the state,” she said in the same release.

“Asking county elections officials to hold no-excuse absentee ballot voting in addition to three weeks of early, in-person voting, and election day voting is too much to manage,” Raffensperger said.

Raffensperger's call is similar to a pledge from the state Republican caucus, who promised earlier this month to draft legislation to rein in absentee balloting in Georgia.

The proposed legislation may also eliminate drop boxes or require voters to provide a signature match, verified by a notary public, as some other states require.

The caucus said they would make the moves in the upcoming General Assembly session.

No-excuse absentee ballot voting was passed by the Georgia legislature in 2005 and signed into law by then-Gov. Sonny Perdue. For years, the provision was used by between 5% and 7% of Georgia voters, with maximum absentee ballot turnout lower than 300,000 total ballots cast. Such a small percentage of absentee ballots was difficult but manageable for county officials.

In some states, officials require voters to state a reason for requesting an absentee ballot, while other states do not have this requirement.

During the pandemic, many individuals who had previously voted in person opted to cast absentee ballots, which, according to Raffensperger, dramatically increased the burden on county officials, who have been forced to process the vast increase of absentee ballots.