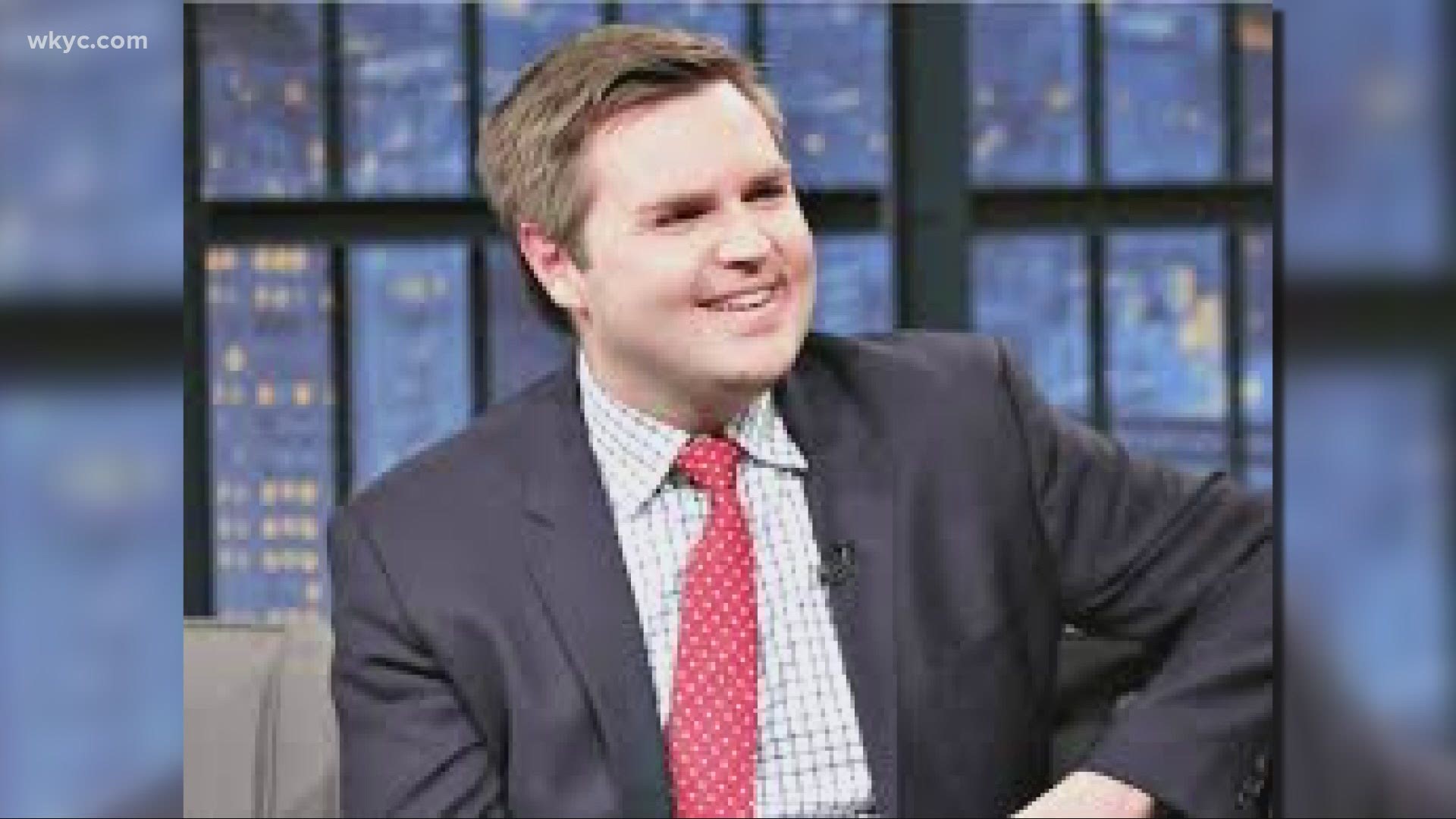 J.D. Vance, whose book was widely seen in 2016 as helping explain Republican Donald Trump's appeal to struggling white, working-class voters, made the announcement Thursday night at the steel fabricator Middletown Tube Works in his Ohio hometown.

"We have to send people to Washington who are willing to shake the system up, to fight, to fight smart and to make our country a little bit better," Vance said.

'WHO'S IN, WHO'S OUT?: A running list of the possible contenders for Ohio's soon-to-be open seat in the U.S. Senate

While Vance, 36, hasn't run for elective office before, a political action committee formed this year to encourage his candidacy got an eyebrow-raising $10 million contribution from PayPal founder Peter Thiel. Vance had worked for the billionaire venture capitalist and entrepreneur in California.

Vance returned to his home state to live after Trump was elected in 2016, which was the first of two times the former president carried Ohio by 8 percentage points.

Wow. Just overwhelmed with gratitude. Thanks to my friends at Middletown Tube and the whole town for giving me such a welcome.

Help us out if you can. https://t.co/ZNPUHVwDXc

Vance's book, made into a movie starring Amy Adams and Glenn Close that earned the latter a Golden Globe and an Oscar nomination, tells of his hardscrabble, colorful upbringing in the struggling Ohio steel mill city of Middletown and his familial roots in Appalachian Kentucky.

He went on to serve in the Marines, including in Iraq, and to success at Ohio State University and Yale Law School, from which he graduated in 2013, and in the technology industry in Silicon Valley.

Vance said when he came back to Ohio in 2016 that he hoped to contribute to anti-addiction efforts. He and his wife, Usha Chilukuri Vance, settled in Cincinnati, where he helped found a venture capital firm.

Among Vance's close associates is Jai Chabria, a longtime strategist for former Republican Gov. John Kasich, a 2016 Trump presidential rival and detractor of the former president. Vance himself once called Trump "reprehensible" and voted for independent candidate Evan McMullin in that election, but has since warmed up to the former president and has deleted several old tweets critical of him.

JD Vance deleted his tweet about voting for Evan McMullin.

Vance and Usha, who met at Yale Law, have two children.

Sewell reported from Cincinnati. After four decades with The Associated Press, he retired yesterday.