Details of Harris' event in Cleveland have not yet been announced. 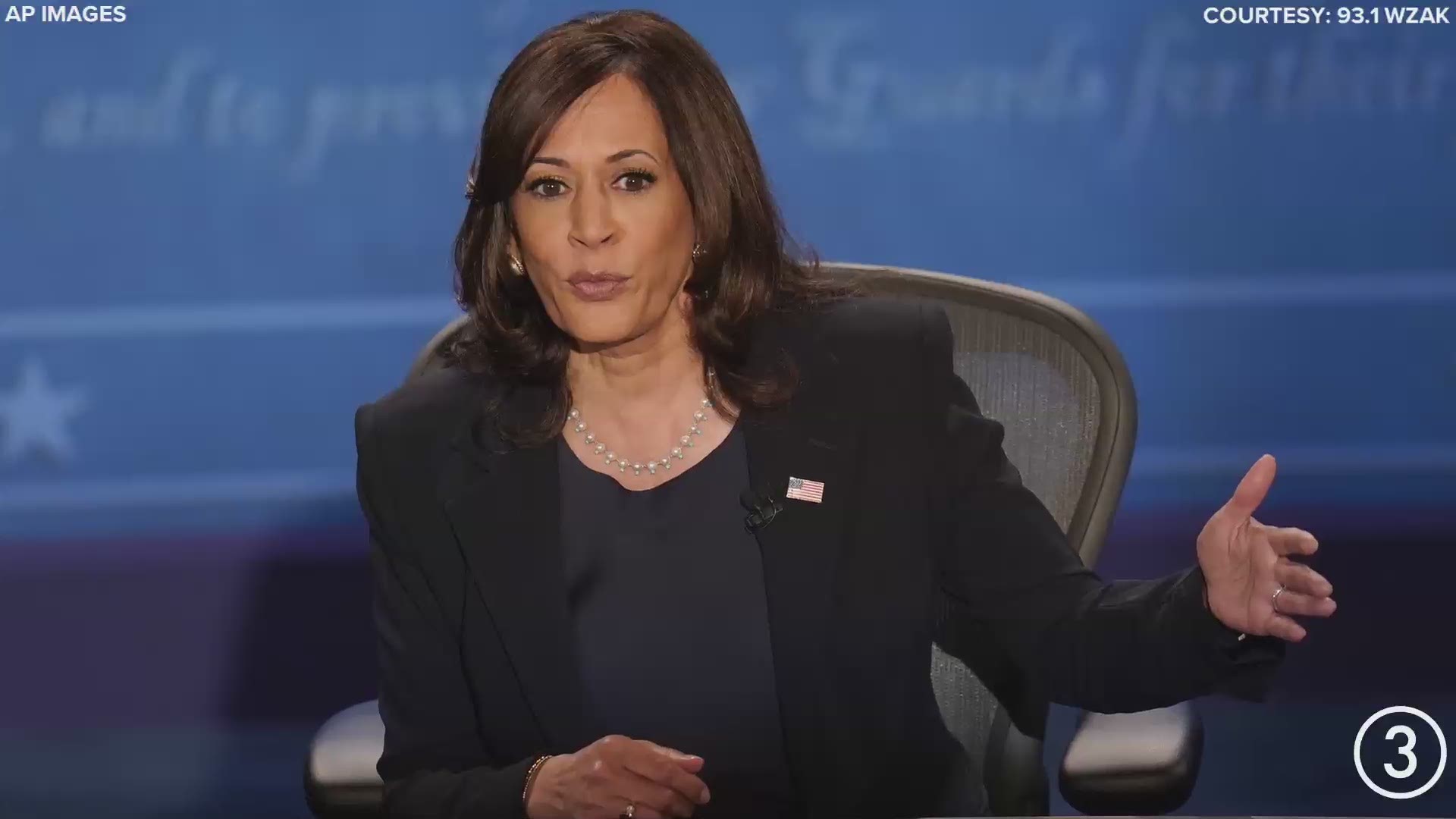 CLEVELAND — With less than two weeks to go until the election, Democratic vice presidential nominee Kamala Harris will make a stop in Cleveland on Saturday.

Details of her event have not yet been announced.

Harris was set to make an appearance in Northeast Ohio last week, but canceled her trip due to several members of her staff testing positive for COVID-19.

Sen. Harris showed Cleveland a lot of love on Friday during a radio interview on 93.1 FM WZAK.

"First of all, let me just say that I am so sorry I wasn't able to be in Cleveland today, I planned to be there in person. But, I'm with you virtually, I've been there many times before," Senator Harris told WZAK's Sam Sylk.

Polls have shown President Trump and former Vice President Biden in a virtual tie in Ohio. The Trump campaign has made several stops through the Buckeye State recently, including several recent visits by Vice President Mike Pence, who will be speaking in Swanton on Friday.

Thursday marks the final debate between Trump and Biden. With less than two weeks until Election Day, Biden is leading most national polls and has a narrower advantage in the battleground states that could decide the race. More than 44 million people have already cast their ballots. The debate, moderated by NBC's Kristen Welker, is a final chance for both men to make their case to a television audience of tens of millions of voters.