"I mean she's the polyglot of all that America can be and she just represents pure positivity." 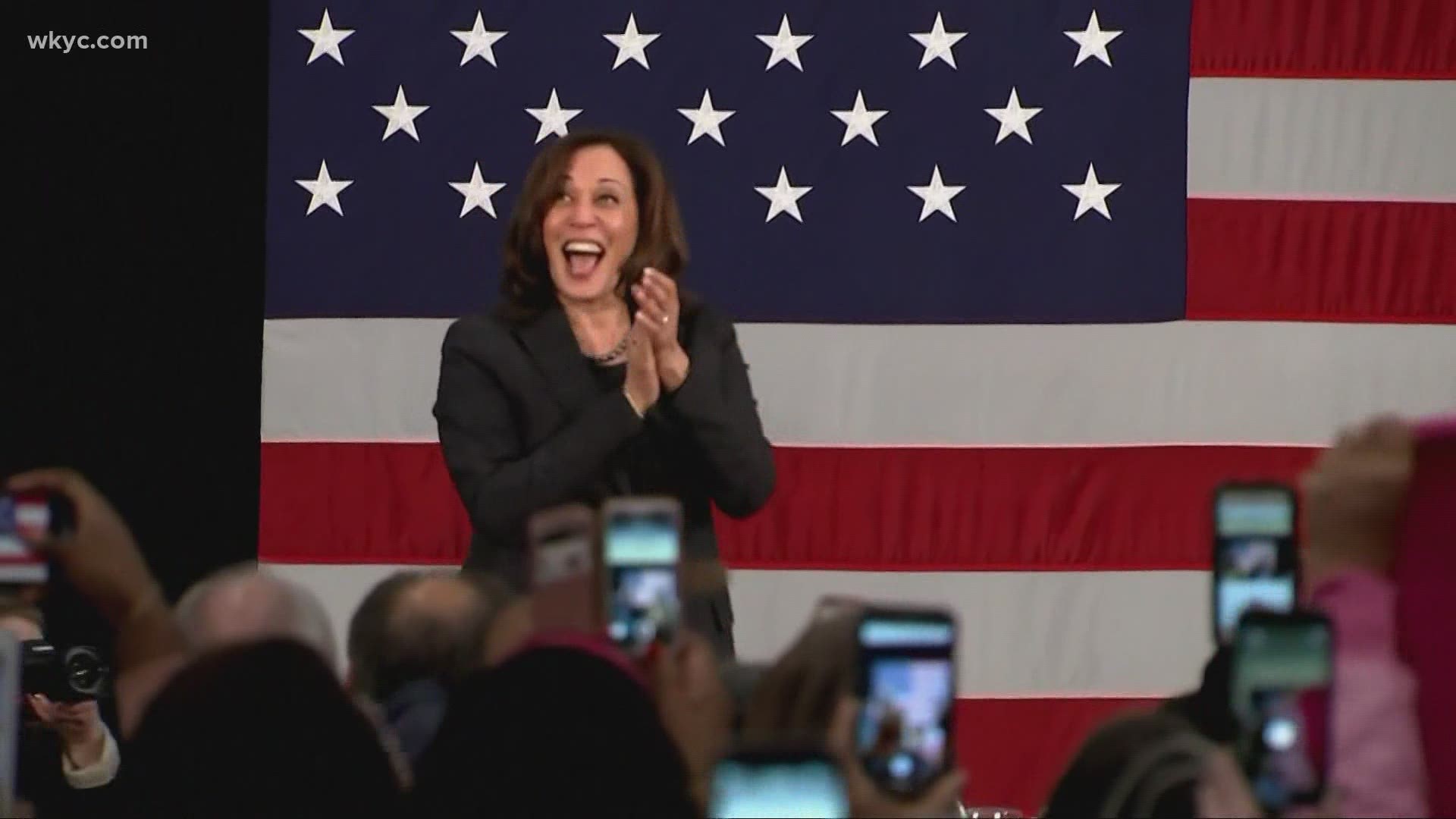 CLEVELAND — The historic pick of Sen. Kamala Harris to be the Democratic nominee for vice president is getting attention all over the world. Not just because of her position, but what she represents.

Subodh Chandra is a prominent Indian American lawyer and hosted Senator Harris twice during Democratic fundraisers he's had at his home and office.

Chandra thinks the Biden-Harris ticket is what the country needs right now.

Mittie Davis Jones chairs the social action committee for the Alpha Kappa Alpha Sorority, the country's first black sorority founded at Howard University, where Harris was a member. She considers Harris more than an inspiration for women and all people of color.

"That it's possible for a person of color to aspire, to continually aspire to this level of a position politically and of course just her very early announcement that she was running for the presidency indicated that she felt that way too," Jones says

Both think Harris is the right candidate at the right time. But some are not convinced it's enough for Democrats to take back the White House.

"I've talked to others in the Indian American community who are very excited about this and what it represents in terms of their own stories being incorporated now into the American mosaic in a very historic and important way and I think other people are taking a wait and see approach," Chandra says.

While Jones's sorority can't take a stance on a political candidate, they can do something to help activate communities that need to have their voices heard.

"We have targeted a couple areas in Cleveland where we have tried to push people to complete the census, register to vote to request their vote by mail ballot and we will continue to do that," Jones adds.

The Alpha Kappa Alpha sorority has posted some of the below photos on their website celebrating the choice of Sen. Harris as Biden's running mate.

Both Chandra and Jones think this is the right ticket at the right time and think the contrast between the candidates may be what drives voters to the polls.  We have 83 days to find out if they're right and if it's enough for a Biden-Harris ticket to win.