Republicans have filed lawsuits this past week in four different states, but law professors believe the candidates are too far apart to make an impact. 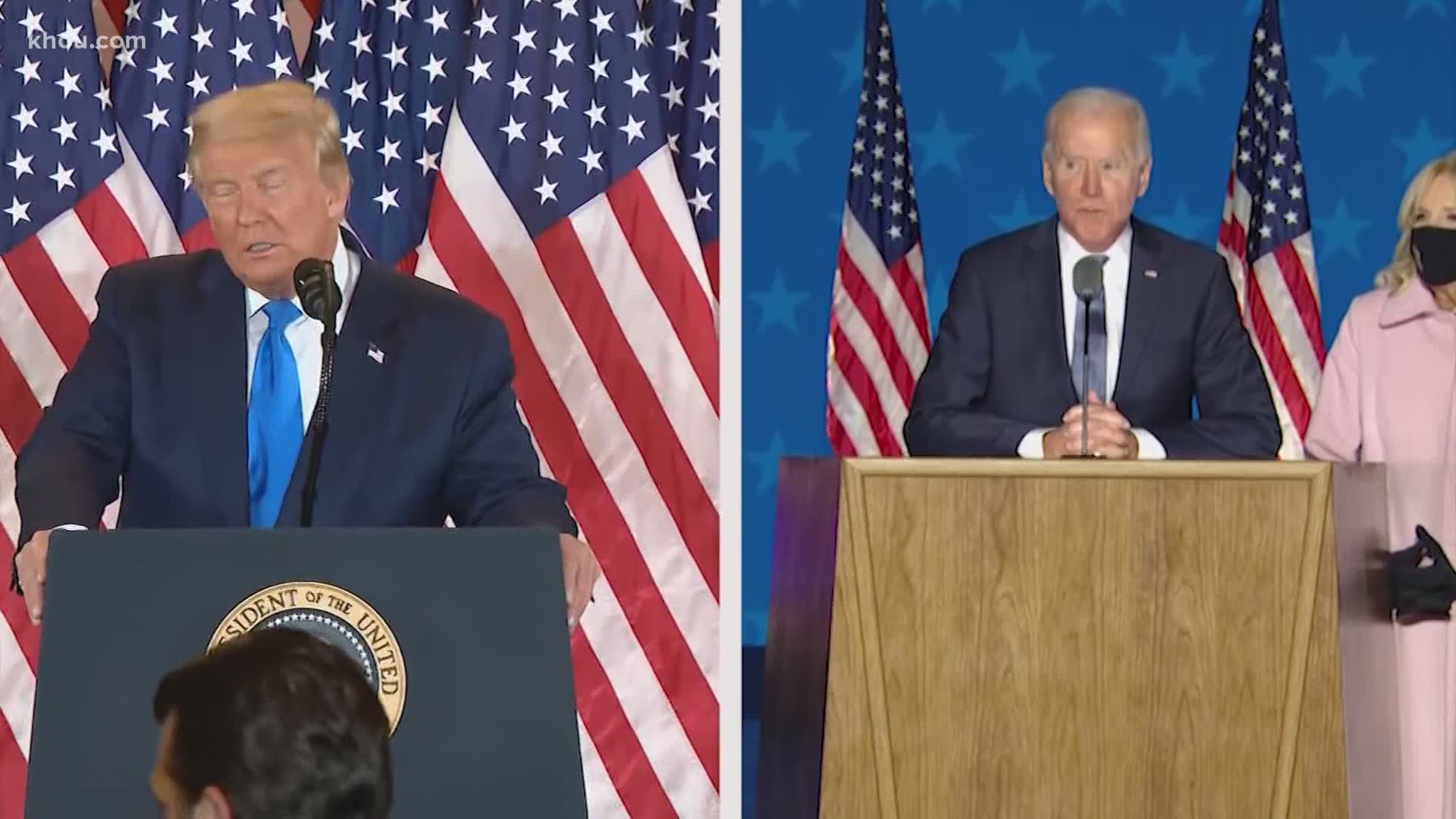 HOUSTON — President Donald Trump has made it clear this election fight is not finished. He plans to take the vote count to the courtroom.

“I think we need more than a tweet. If there’s actual evidence that millions of ballots were fraudulently counted, bring this evidence forward and I’ll be happy to consider it," said Josh Blackman, South Texas College of Law Houston Constitutional law professor.

Those accusations are in line with lawsuits filed by Republicans this past week in four different states, but Blackman believes the candidates are too far apart to make any impact.

Already, we’ve seen judges dismiss some cases on a local level, but Renee Knake Jefferson, University of Houston law professor, said she expects Republicans to appeal, possibly all the way to the Supreme Court, but likely with the same outcome.

“I think what we’re going to see of this litigation is it will continue to be dismissed case by case, and ultimately reach it’s conclusion, again without having any impact at all on the results of this election," Knake Jefferson said.

But she said even if the cases are successful, the impact of each victory probably won’t be enough to change the final outcome.

“Presumably, every single ballot cast in that state is not fraudulent right? But let’s say 100 of them were. So that 100 would be excluded from that final count, and you would still have the validly cast ballots that would be counted," Knake Jefferson said.