The November election is less than two months away. 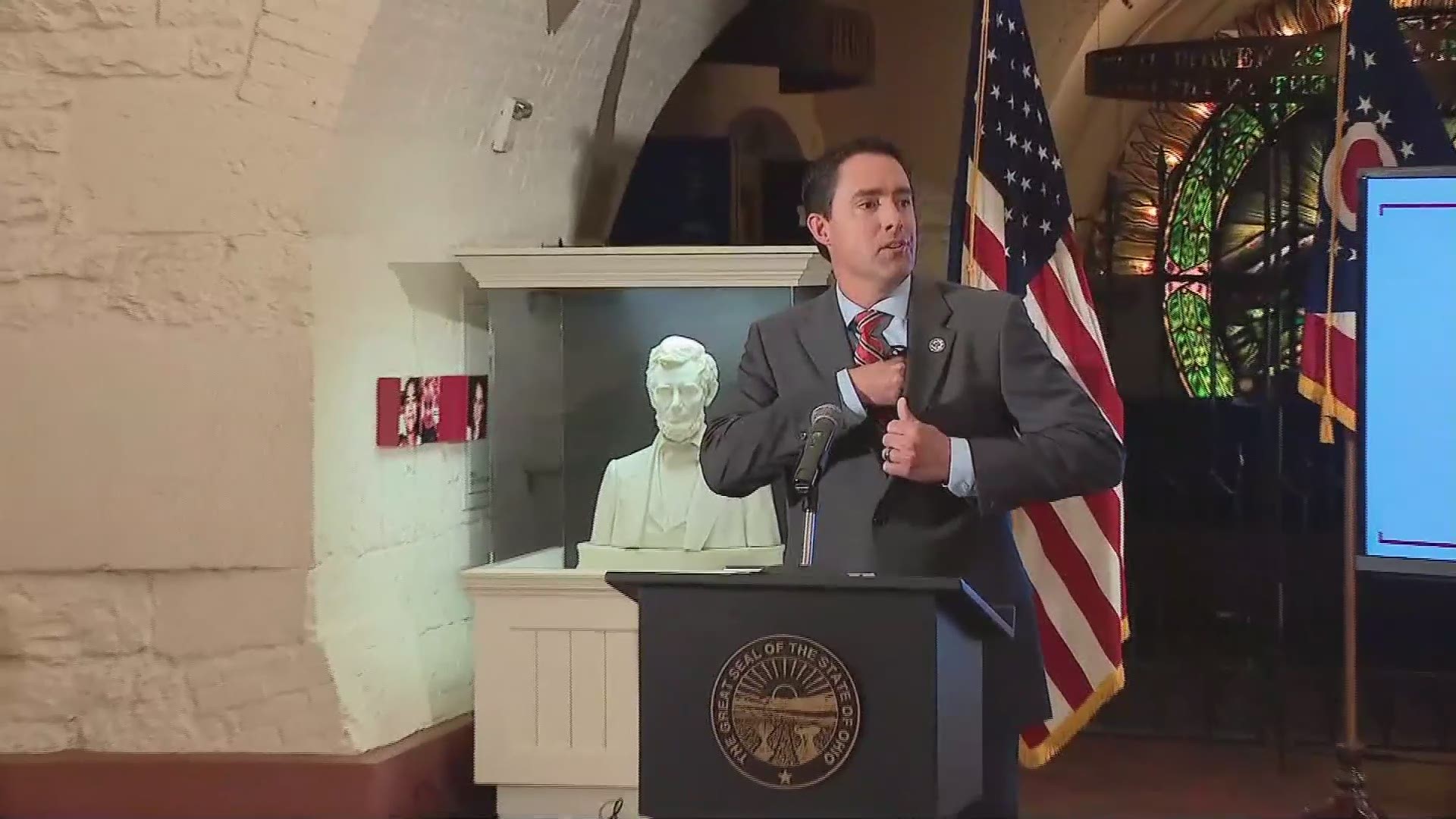 COLUMBUS, Ohio — What will the election process be like when Ohio voters hit the polls this November amid the COVID-19 pandemic?

Secretary of State Frank LaRose is providing an election day status update right now, which we are streaming inside this story.

He highlighted the following important dates Ohioans need to know:

“Ohioans have three really good choices as far as how they vote this November,” he said while outlining the options:

“All three choices work well," he said. "Ohioans should simply pick the one that works best for them.”

LaRose also discussed his push to provide postage-paid envelopes for Ohio voters using absentee ballots. He said that decision is expected on Sept. 14.

“If they have the postage-paid envelope, our belief is that they will send it in sooner," he said. "We want them to send it sooner. We don’t want these to sit on peoples’ kitchen tables or counters for days and days on end. One way to encourage people to send them in sooner, of course, is to provide that postage paid. ... 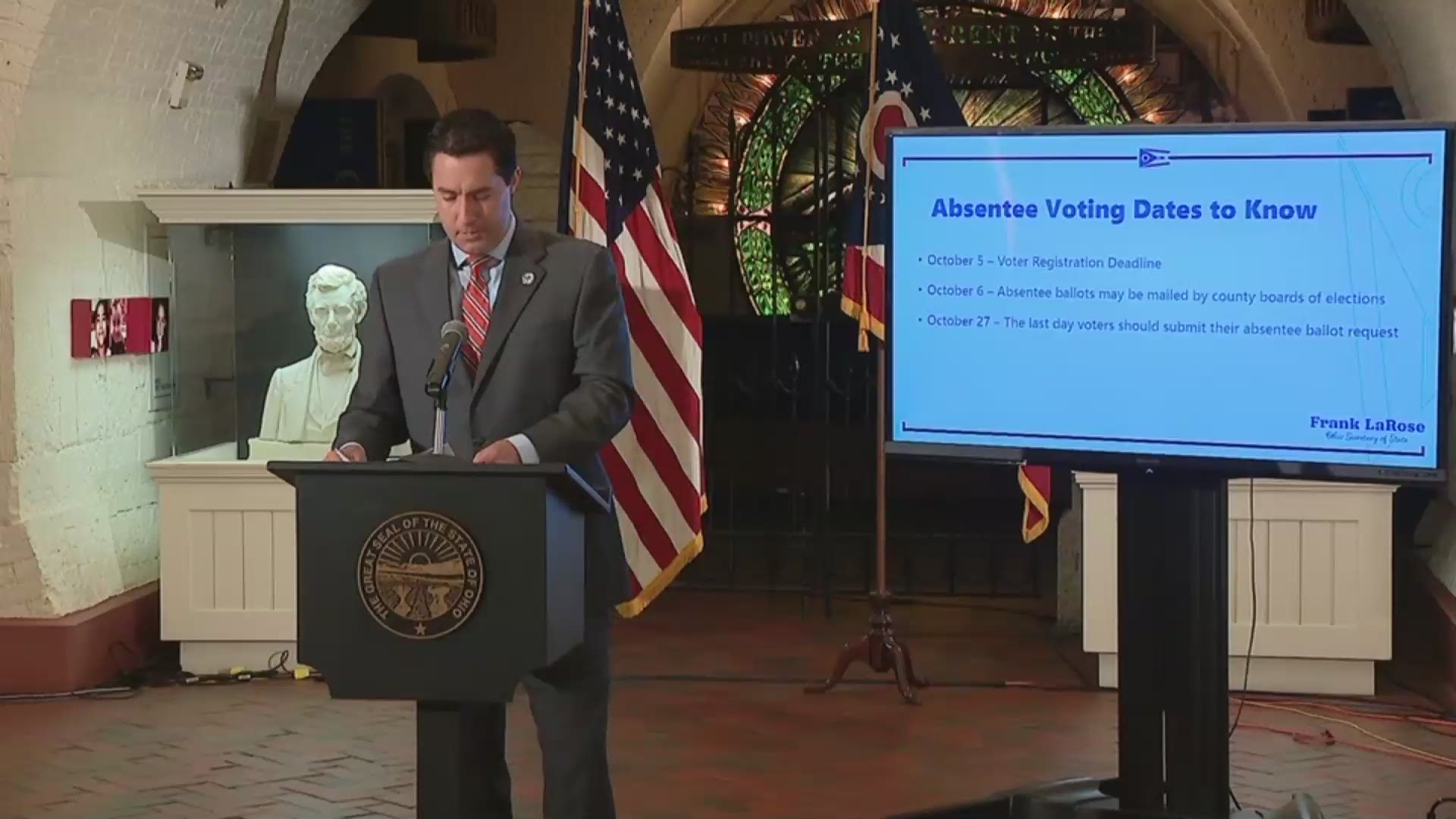 For those voting by absentee, you can track your ballot HERE.

RELATED: Ohio absentee ballot request forms mailed to registered voters: Here's what you need to do

LaRose appeared on NBC's Meet the Press Sunday morning where he discussed the security of Ohio's ballot drop boxes and how recruiting enough poll workers is the state's biggest issue.

“It takes 35,000 Ohioans to run in-person election day, and so we’re doing all we can to recruit those poll workers," LaRose said. "Next, we’re making sure that we get accurate information out to Ohio’s voters. It’s just crucial that people have reliable information. … and that’s why one of my most important jobs is being that source of accurate and trusted information for Ohio’s voters.”

We streamed his comments live on YouTube, which you can watch in full below:

The 2020 November election takes place Tuesday, Nov. 3. The first debate between President Donald Trump and Joe Biden will be held in Cleveland at Case Western Reserve University on Tuesday, Sept. 29.

Due to the number of increased absentee ballots that are expected this year, LaRose is also reminding Ohioans that election night tabulations are always considered unofficial results. For that reason, he said Ohio is changing the way its reporting the results to clearly state there may still be thousands of outstanding absentee ballots.

“The numbers will change between election night and the final certification. That’s not a sign of something nefarious happening. Quite the contrary. It’s the sign that the system is working the way it’s supposed to. When we say that every voice matters and so every vote should count, that’s exactly what we mean."

RELATED: How to watch the presidential debates between Trump and Biden, and what to expect