Are you planning to vote by absentee ballot this year? Here's a closer look at Ohio's plan. 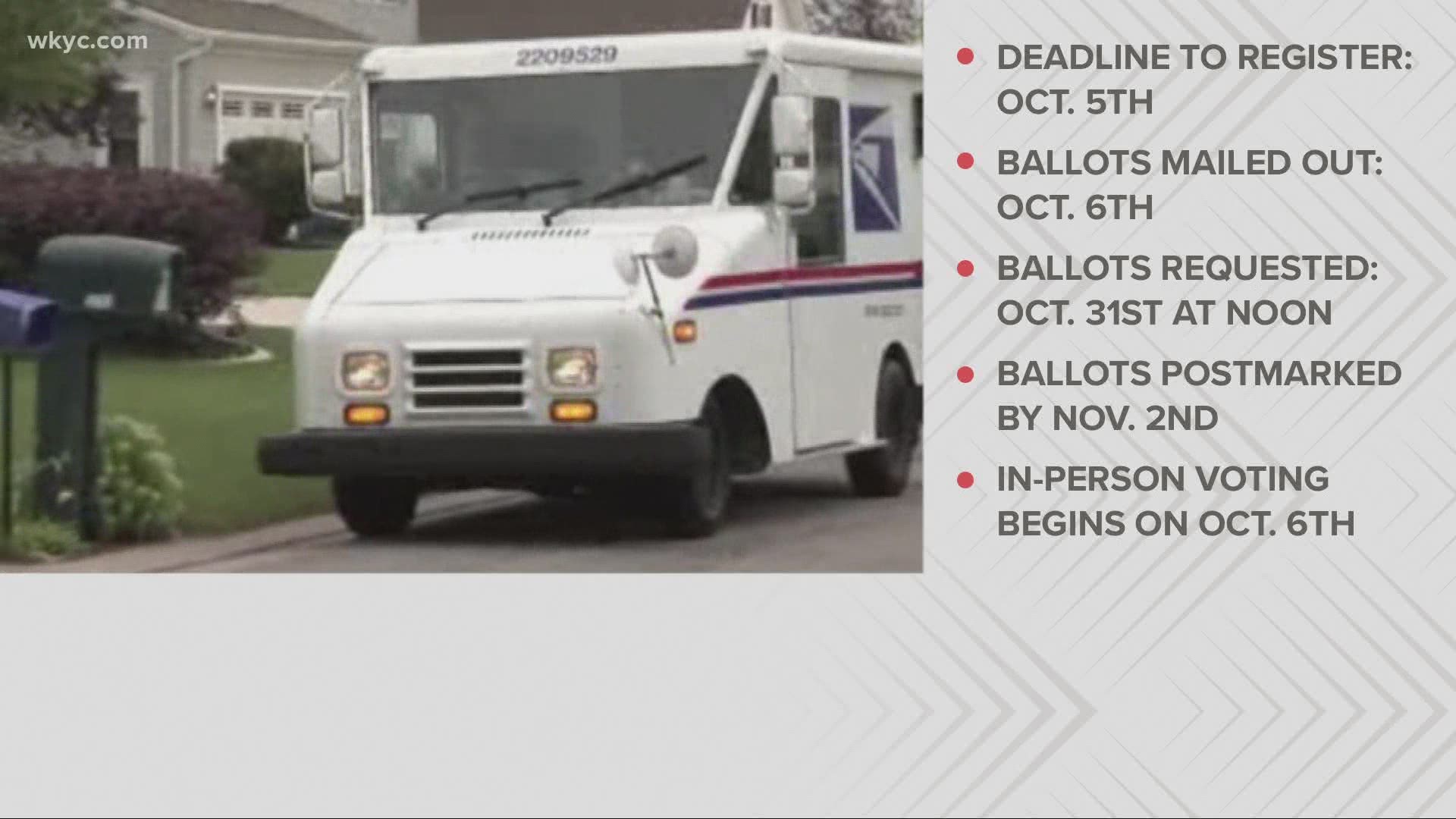 COLUMBUS, Ohio — “Our boards of elections are incredibly well-positioned to handle high volumes of absentee voting.”

Those are the words of Ohio Secretary of State Frank LaRose, who appeared on NBC’s Meet the Press Sunday for a 10-minute conversation on how states are preparing for the upcoming November election amid the COVID-19 pandemic.

Others who joined LaRose in the conversation included:

NOTE: You can watch the entire 'Meet the Press' conversation at the bottom of this story.

RELATED: Ohio absentee ballot request forms being mailed to registered voters: Here's what you need to do

With an expected increase in absentee voting, LaRose stressed that Ohio’s drop boxes are a secure way to cast your ballot.

“We require that they be under 24-hour video surveillance,” he told moderator Chuck Todd of the drop boxes. “They are emptied every day by a bi-partisan team at the county boards of elections. That’s part of the security protocols. Again, Ohioans trust that, whether they mail in their absentee ballot or whether they use the secure drop box at the Board of Elections, that their voice will be heard because they can track their ballot by going to our Web site VoteOhio.gov. Just like you’d track a package. I know many other states offer this as well, so you can have that confidence that the Board of Elections has received your ballot."

“The thing that we’re thinking about more than anything right now is poll worker recruitment,” he said during the Meet the Press conversation. “It takes 35,000 Ohioans to run in-person election day, and so we’re doing all we can to recruit those poll workers. Next, we’re making sure that we get accurate information out to Ohio’s voters. It’s just crucial that people have reliable information. … and that’s why one of my most important jobs is being that source of accurate and trusted information for Ohio’s voters.”

Finally, LaRose said election night ballot tabulations are always unofficial results and explained how the state's reporting will be different this year.

“We know that over the next 10 days, as long as those ballots were legally cast, they can continue to be received at our Board of Elections. That’s our law here in Ohio, so we’re making it clear that the numbers that you hear on election night are never the final result, and that’s going to be even more so the case this year as we rely on more and more absentee balloting.”

He said Ohio voters can also expect to see a change in the way Ohio reports election night results to clearly state there may still be tens or hundreds of thousands outstanding absentee ballots.

The 2020 November election takes place Tuesday, Nov. 3. The first debate between President Trump and Joe Biden will be held in Cleveland at Case Western Reserve University on Tuesday, Sept. 29.