The budget office, a cabinet agency of Gov. John Kasich, is required by law to estimate the taxpayer cost to implement ballot measures 30 days before an election. 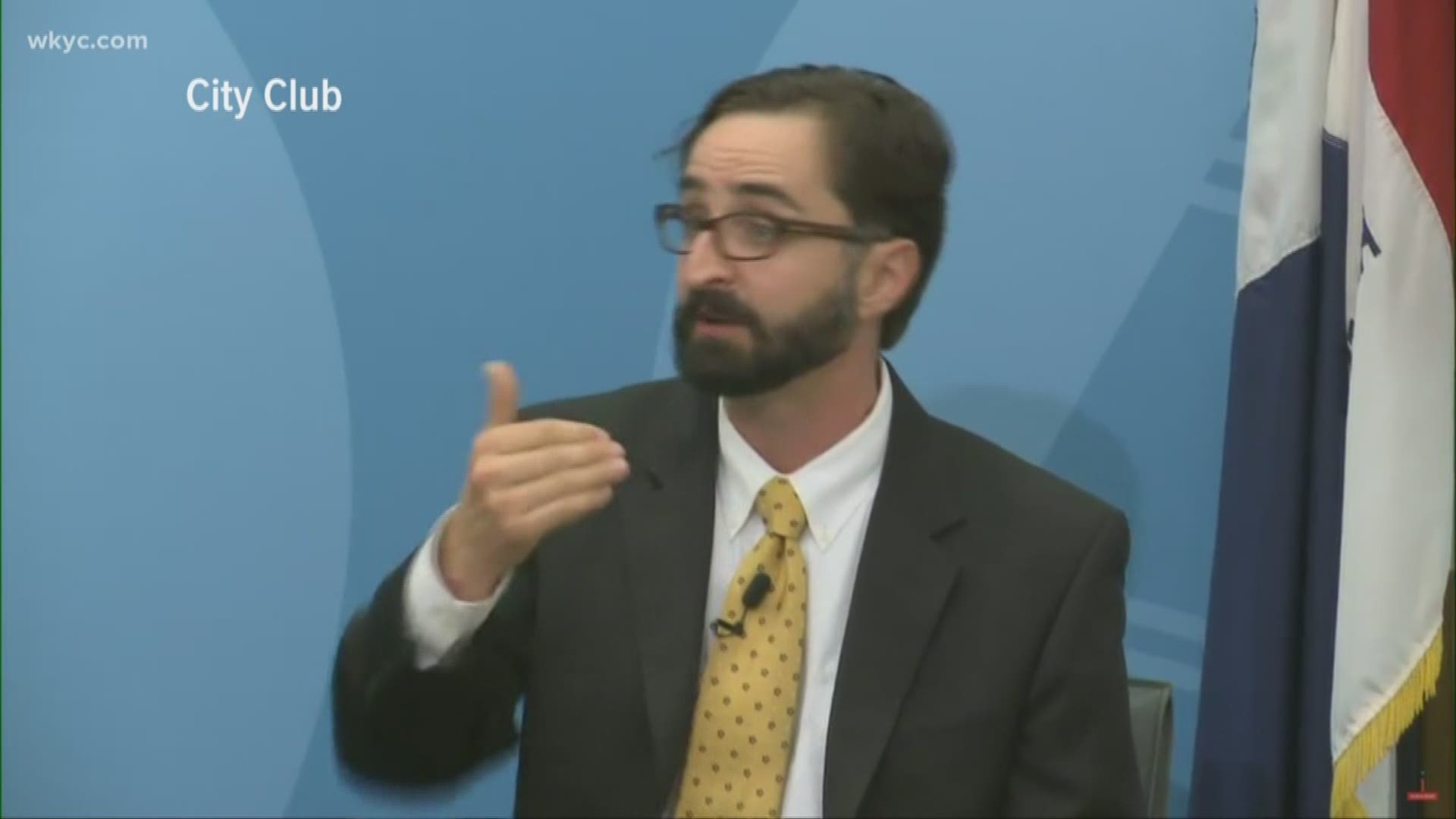 COLUMBUS - The criminal justice reforms proposed in Ohio Issue 1 could cost the state tens of millions of dollars more than it would save, state budget officials warn in a new analysis of the measure.

Supporters of Issue 1 have said the constitutional amendment would redirect $136 million to drug treatment and crime victim programs by prohibiting jail or prison time for most low-level drug possession offenders and minor probation violations.

Ohio's prison population of around 50,000 would drop by 10,335 inmates from the changes, according to an analysis by liberal think tank Policy Matters Ohio.

That would generate savings of about $1.3 million a year, the budget office says. But the amendment sets a formula for determining savings, and taxpayers could still be on the hook for that amount -- a difference that could total tens of millions of dollars.

Why so little savings?

Budget officials, in consultation with state prison officials, say that about 3,200 more people would end up in prison because judges would be less likely to reduce higher-level felony drug possession charges and more likely to send probation violators to prison.

"These conclusions were reached based on the Ohio Department of Rehabilitation and Correction's observations following prior sentencing reform efforts where systemic local behavioral changes altered prior sentencing pattern," Budget Director Tim Keen wrote in the analysis report released Thursday.

Yes on 1 campaign spokesman Dennis Willard disagreed with the budget office's analysis and cited the Policy Matters Report as evidence the measure will save at least $100 million a year.

"This is a policy paper prepared for career politicians who continue to dig their heads deeper and deeper into the sand as the opioid epidemic claims on average 14 lives a day in Ohio and our state is second in the nation only to West Virginia in overdose deaths," Willard said.

Without accounting for harsher sentences, the budget office estimates the amendment would generate savings of $24.7 million in prison costs in the first year and increasing annually to $48.5 million in 2023. The analysis also concedes savings could be greater if prison population changes enough to close prison facilities.

The analysis also concluded the measure would shift costs to local governments and local municipal courts that handle misdemeanor offenses.

The budget office, a cabinet agency of Gov. John Kasich, is required by law to estimate the taxpayer cost to implement ballot measures 30 days before an election.

The report is likely to embolden opponents to the measure who say it would give drug dealers a free pass and damage Ohio's efforts to fight the opioid abuse crisis. Judges say the measure would eliminate the threat of prison and make it harder to get people into addiction treatment programs.

The measure has become an issue in the governor's race: Republican Mike DeWine opposes it and Democrat Rich Cordray supports it.