De'Andrian L. Rice of Maple Heights is charged with delay or destruction of more than 350 pieces of mail. 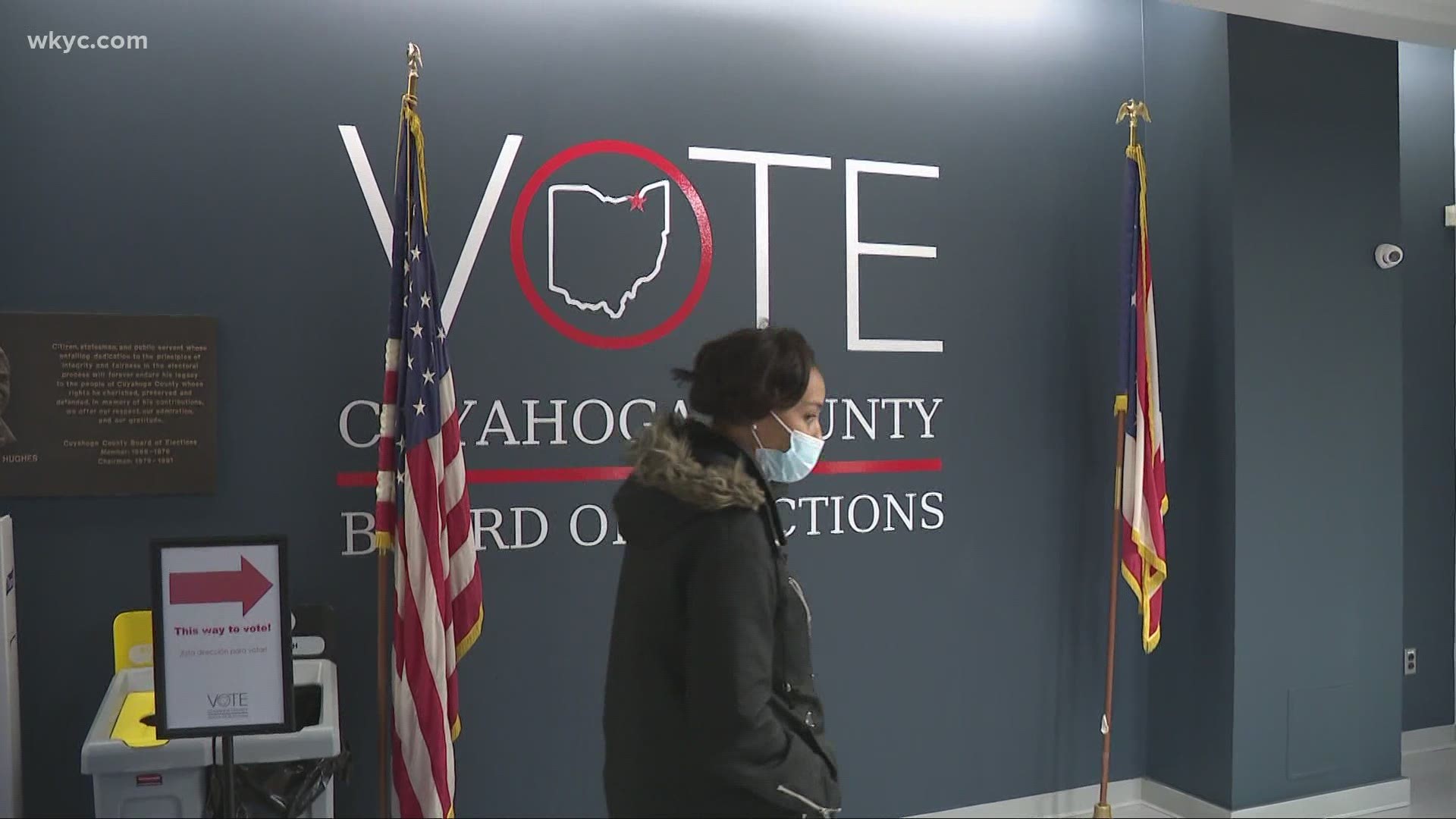 MAPLE HEIGHTS, Ohio — Editor's note: the video in the player above is from a story published on October 20, 2020.

De'Andrian L. Rice, 27, of Maple Heights was charged with delay or destruction of mail or newspapers and is currently in custody.  According to the Department of Justice, Rice is a United States Postal Worker who has worked in Bedford and Cleveland.

RELATED: 2.2 million Ohioans have already cast their ballots, surpassing early and absentee voting totals for all of 2016

Rice will go before Magistrate Judge Jonathan D. Greenberg on Friday afternoon for her initial appearance.

“Americans depend upon the reliability and security of the U.S. mail, especially during this election season,” said U.S Attorney Justin Herdman. “Actions by mail carriers and postal employees that violate this trust will result in federal prosecution.”

The arrest comes as millions of Americans have sent in their absentee ballots for the 2020 presidential election, amid calls of impropriety and widely-debunked claims of mail fraud.

RELATED: Watch | Your step-by-step guide to sending in your absentee ballot in Ohio

“The vast majority of the 630,000 postal employees are hard-working, trustworthy individuals who work around the clock to deliver the nation’s mail,” said Cleevely. “However, when one of them chooses to violate that trust, special agents with the USPS OIG will investigate and pursue criminal charges and the employee’s removal. To report postal crimes, contact www.USPSOIG.gov or 888-USPSOIG.”

After reports of missing mail were filed, police searched Rice's vehicle and found one more than 350 pieces of mail, including: one Absentee Ballot Application; 88 pieces of pre-sorted standard mail from the City of Cleveland Water Department;  32 Dolly Parton book club books; 20 partisan political advertisements; 15 pieces of Voter Participation Center mail; 14 General Election mailers from the Cuyahoga County Board of Elections.

The case is currently under investigation with the USPS Officer of the Inspector General.

The easiest way is to mail it back to your county board. We have worked with USPS to ensure election mail is the priority.

Ballots postmarked by 11/2 have a full 10 days after the election to get to your BOE & will be counted. pic.twitter.com/ry8GBJxazw