Akron Mayor Dan Horrigan was among the mayors participating in the event. 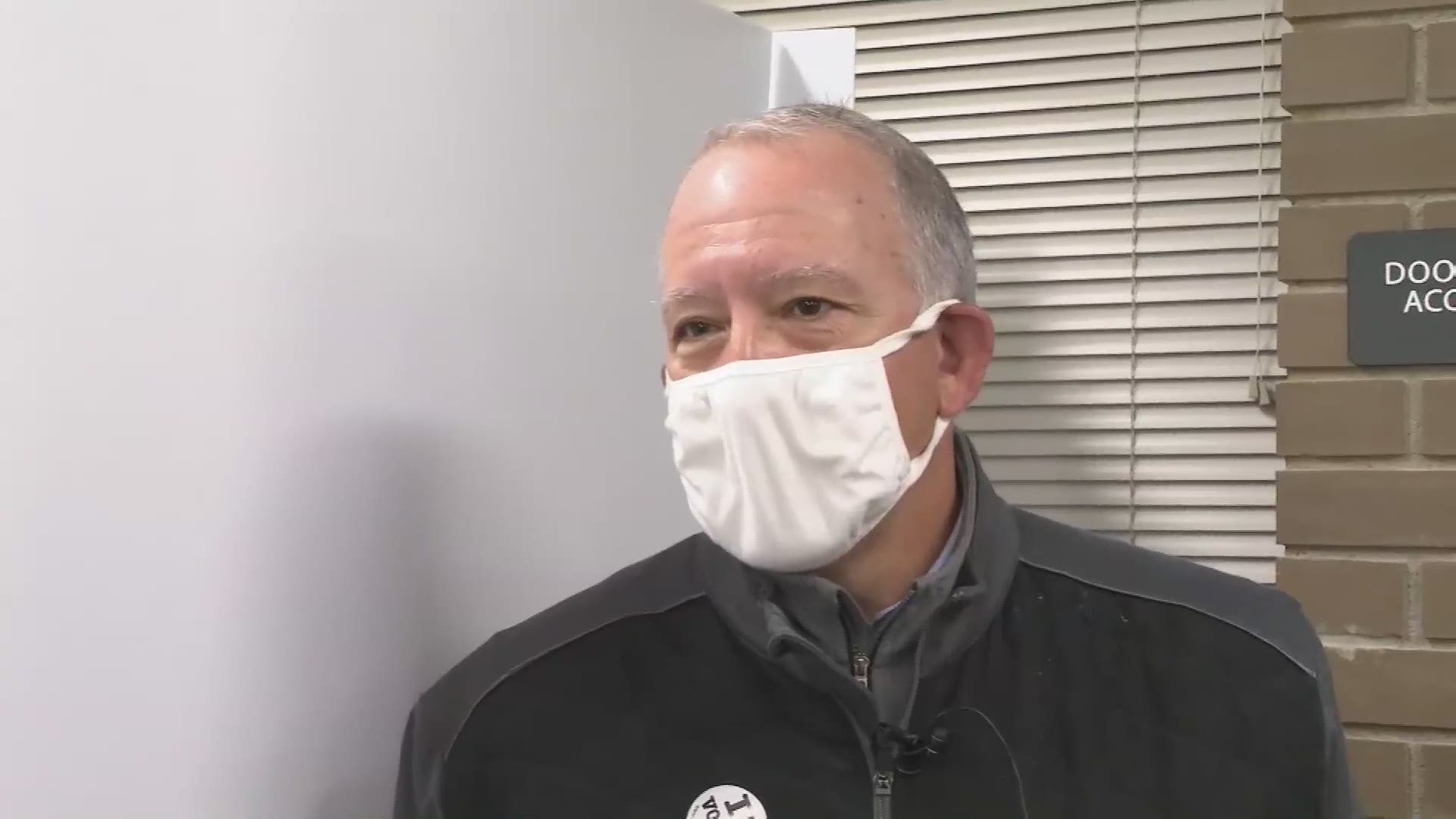 AKRON, Ohio — We're just a few weeks from election day, and now some mayors across the state of Ohio are marching to the polls to cast their ballots Tuesday.

It's part of a campaign event from Joe Biden’s team to encourage early voting "and mobilize voters to join the movement to elect Joe Biden, Kamala Harris and Democrats up and down the ticket."

Here's the schedule of Ohio mayors who are participating in this polling event:

Mayor Horrigan said he was in line "fairly early" with approximately 100 other voters waiting for the Board of Elections to open for the day.

“I really give a lot of credit to the Board of Elections and this bi-partisan team who makes sure that we have fair and safe elections," he said after casting his ballot in person.

We streamed Mayor Horrigan as he voted around 8:15 a.m., which you can watch in full below:

Credit: Tim Coffey, 3News
A glimpse of the line that formed for early voting at the Summit County Board of Elections on Tuesday, Oct. 20, 2020.