We take a closer look at school levy results statewide with a list of levies that passed and failed in Northeast Ohio. 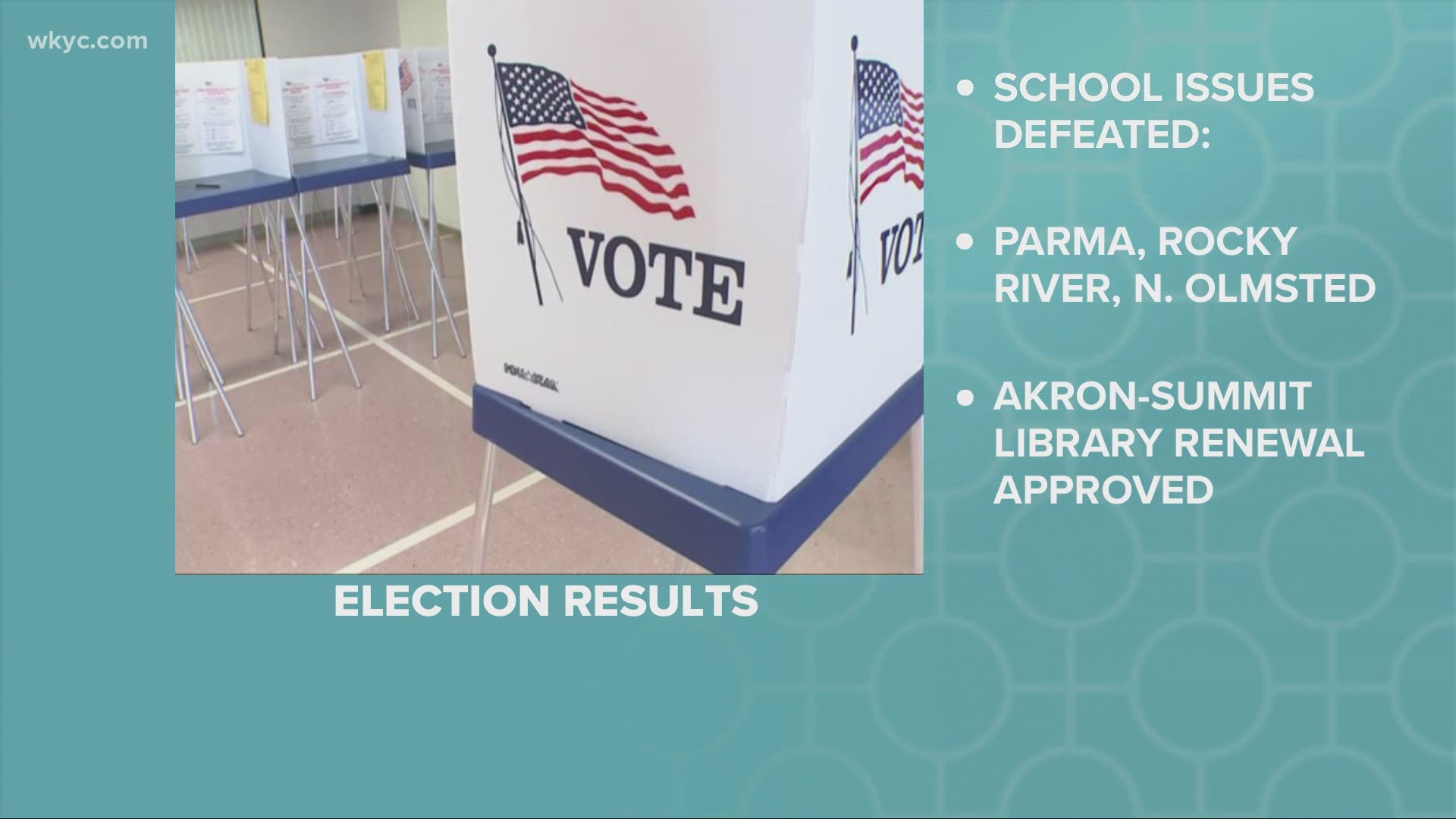 CUYAHOGA COUNTY, Ohio — Editor's note: Video at the top of this story regarding primary election results was originally published on May 4, 2021.

As voters hit the polls in Ohio’s primary election Tuesday, many found a school levy on their ballot. So how did Ohio do overall when it came to schools?

Voters across the state approved 50 of the 73 school tax issues (68 percent), according to the Ohio School Boards Association. That’s a small increase from the 2020 primary election when voters approved 64 percent of school tax issues with 63 of 99 passing.

“Tuesday’s results show that communities realize the significance of their public schools,” Ohio School Boards Association (OSBA) Director of Legislative Services Jennifer Hogue said in a press release Wednesday. “However, most of the issues approved by voters were renewals; the passage rate for new funding was much lower. Those districts that were unsuccessful will face challenges in meeting the educational needs of their students.”

Here’s a closer look at how the numbers break down:

NEW MONEY FOR SCHOOLS: 20 out of 40 issues passed statewide in which schools were asking for new money. That’s an increase from last year’s primary election when voters approved 20 out of 53.

TAX RENEWALS FOR SCHOOLS: 30 out of 33 issues earned approval, which marks a 91 percent passage rate. In 2020’s primary election, 43 out of 46 renewals passed.

So what about your school? Here's a list of the levies that passed / failed in Northeast Ohio. We'll start with those that passed first. NOTE: Data below is considered "unofficial" until the election results are certified.