However, almost half of respondents are still undecided. 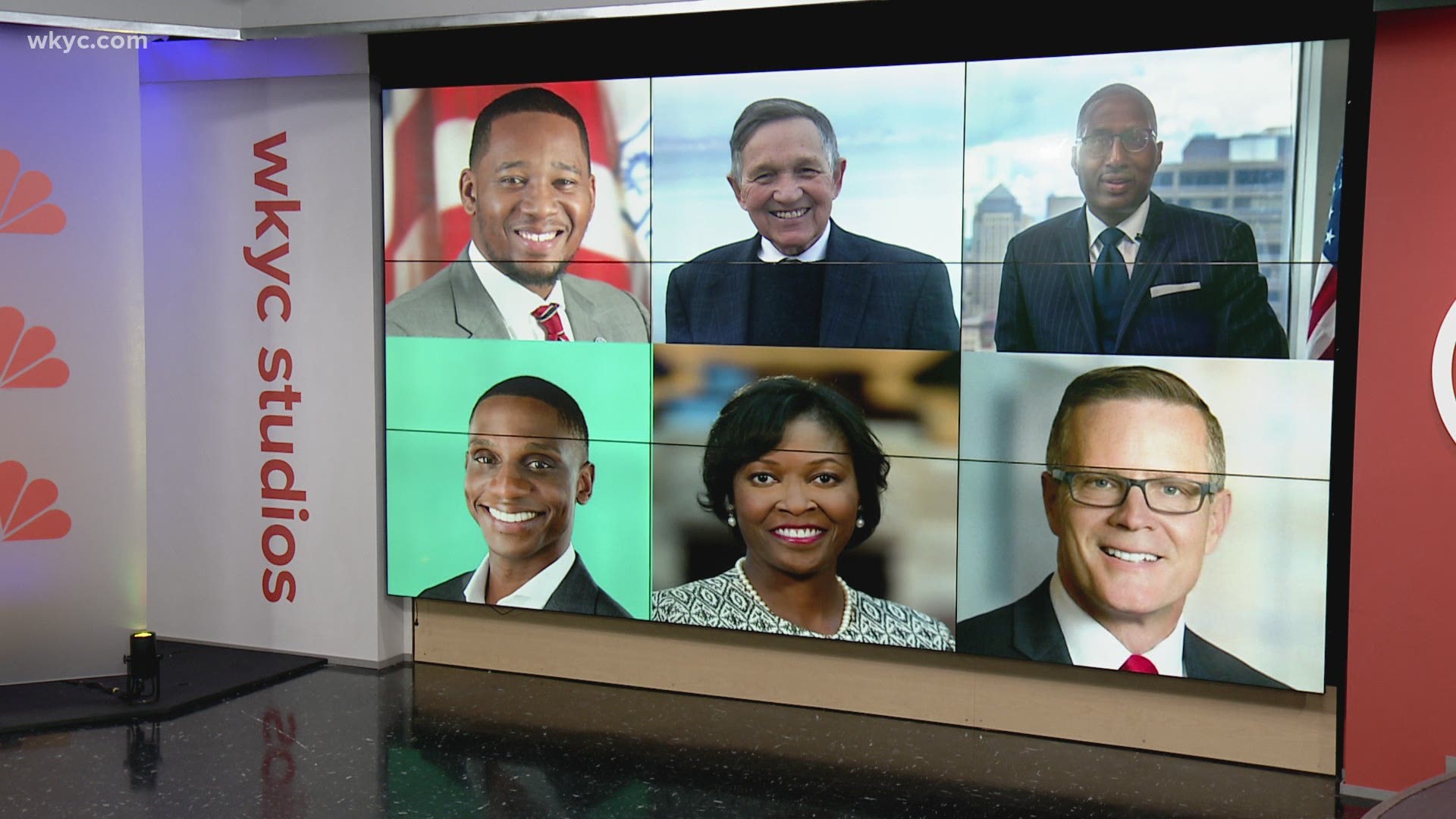 CLEVELAND — The first known poll asking potential voters about the upcoming Cleveland mayoral election has been released, and for the moment, the front-runners are the ones with the most name recognition.

In a survey conducted by Baldwin Wallace University's Community Research Institute, former Cleveland Mayor and Northeast Ohio U.S. Rep. Dennis Kucinich led the large field of candidates with 17.8% of the vote. In a strong second place, Ward 7 City Councilman Basheer Jones with 13.3%, the only other potential candidate to crack double digits.

The results weren't that much of a shock, considering those two are among the only candidates most Clevelanders seem to have any prior knowledge of. According to the poll, 78% of respondents claimed to be at least "very" or "somewhat" familiar with Kucinich, compared to 54% for Jones. Six of the seven others listed had ratings of less than 50%, and often it was much lower.

Kucinich, who's turbulent tenure as Cleveland's 53rd mayor took place from 1977-79, has teased a run for months but has yet to officially launch a campaign. Jones, by contrast, did just that on Thursday with a march up Euclid Avenue to City Hall to file his petition.

After Kucinich and Jones, the waters get a lot murkier, as the only other candidate to match those familiarity numbers was former City Councilman Zack Reed (70%). Reed lost to current Mayor Frank G. Jackson by almost 20 points in the 2017 general mayoral election, and in this poll he came in third overall with 8.8% of the vote.

Nine potential or declared candidates were listed in the BW survey. The results are as follows:

The poll is particularly disappointing for Kelley, who sits in fifth despite an early fundraising edge and respectable name recognition (47%). Right in front of him is Williams, who announced her run this week and has the endorsements of the Ohio Senate Minority Leader, five other colleagues of the general assembly, and both the executive and council president of Cuyahoga County.

The tally, conducted from March 15-April 22, did not include Jackson, the city's longest-serving mayor. The 74-year-old announced Thursday he will not seek a fifth term in office, but did not endorse a candidate for his replacement.

The mayoral primary is scheduled for September 14 with the top two vote-getters moving on to the general election on Nov. 2. Whoever wins the latter will become Cleveland's 58th mayor, and the first new person to occupy the office since 2006.