President Trump endorses Mike DeWine for Ohio Governor: 'He will be great' 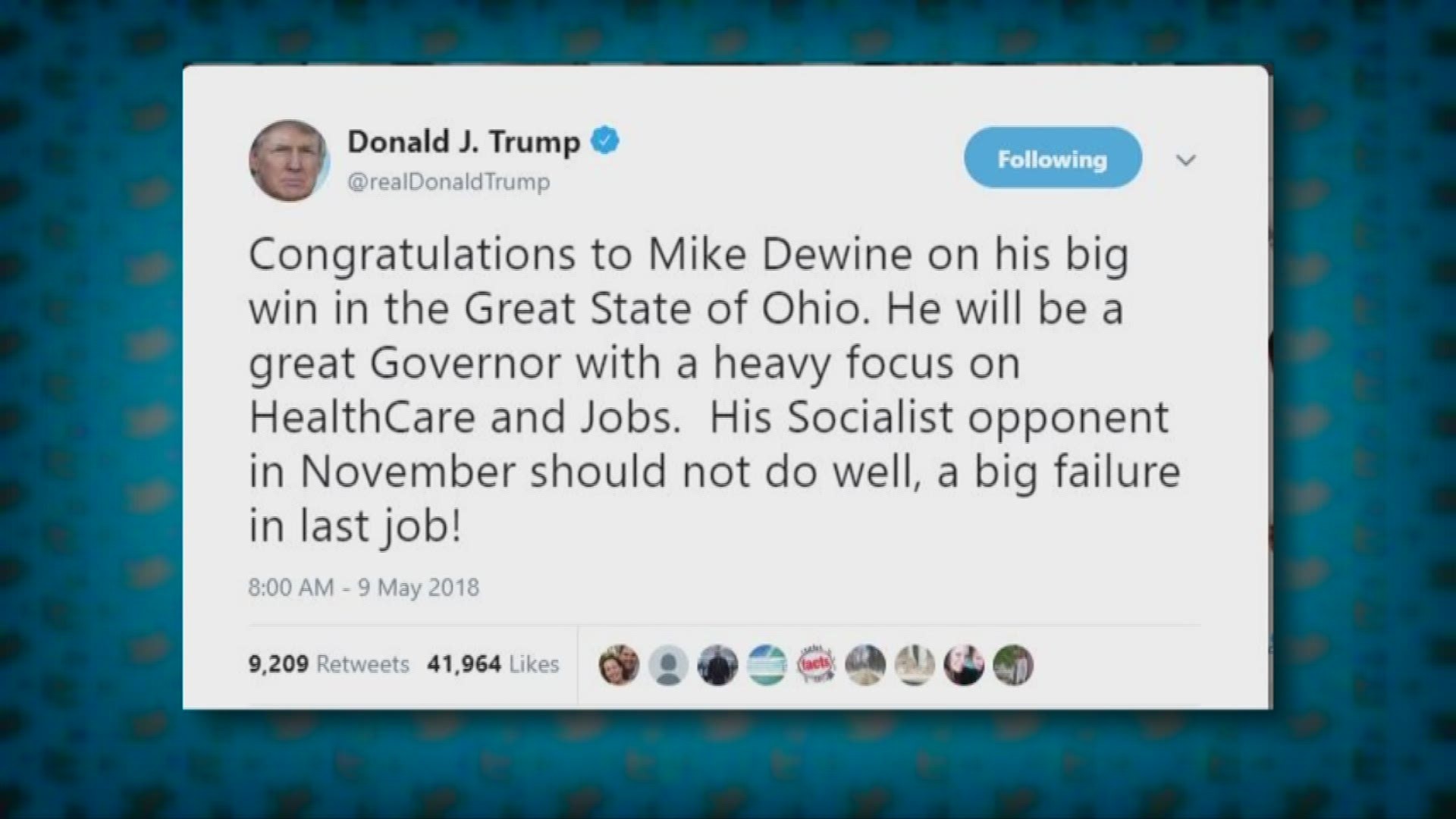 Congratulations to Mike Dewine on his big win in the Great State of Ohio. He will be a great Governor with a heavy focus on HealthCare and Jobs. His Socialist opponent in November should not do well, a big failure in last job!

"Congratulations to Mike Dewine on his big win in the Great State of Ohio," the president wrote. "He will be a great Governor with a heavy focus on HealthCare and Jobs."

DeWine, the state's current attorney general and former U.S. Senator, bested Lt. Gov. Mary Taylor in the Republican primary by nearly 20 percentage points. Taylor had attempted to cast herself in Trump's image as the "anti-establishment" candidate, but while Trump praised Taylor at some of his Ohio events, he never formally endorsed her for the nomination.

For its part, the DeWine campaign sought to portray Taylor as a "phony conservative," while at the same time aligning the 40-year political veteran with Trump on issues such as abortion, law enforcement, and immigration.

President Trump blasted Cordray in his tweet as a "socialist" who was "a big failure in last job!" Appointed in 2012 as the first head of the Consumer Financial Protection Bureau under then-President Barack Obama, Cordray resigned five years later following alleged conflicts with the new Trump administration.

This is not the first time Cordray and DeWine have faced off in a statewide election: The two battled it out for Ohio Attorney General back in 2010, with DeWine beating the incumbent Cordray by just over one percentage point.