Three local voters joined 3News' Dave 'Dino' DeNatale to react to what President Trump and Joe Biden have to say in the final presidential debate. 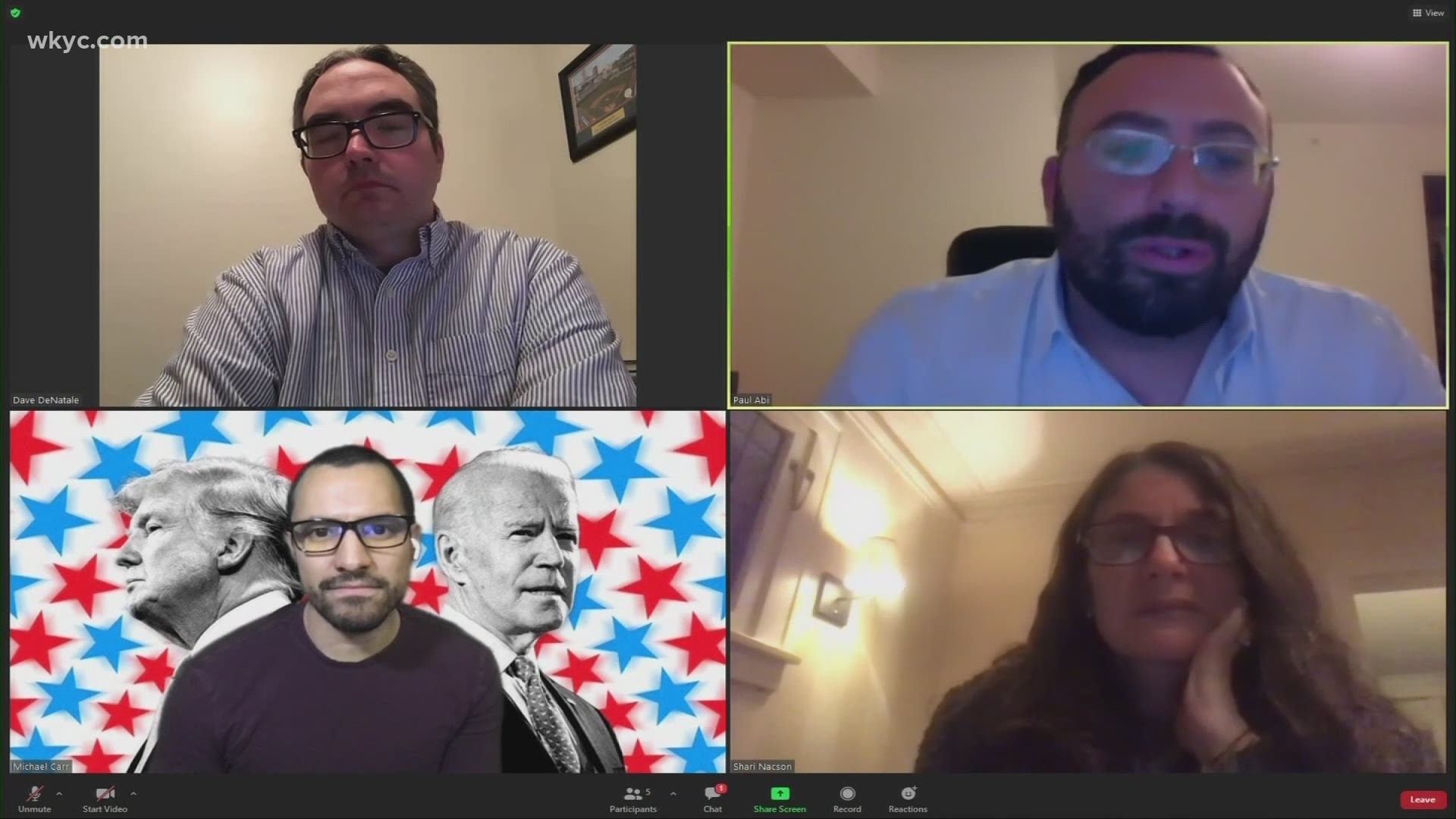 As the two made their final pitches to the nation, 3News assembled three members of our presidential debate Zoom room from last month that was moderated by Tiffany Tarpley and yours truly to join me for another discussion.

I was pleased to welcome back Biden voters Michael Carr and Shari Nacson along with Zahi Abi Younes, who is leaning towards voting for President Trump.

The four of us reacted to several key topics from the debate, including which candidate is better equipped to handle the ongoing COVID-19 pandemic. Also, with fears about meddling by foreign nations, are you confident that the election will be legitimate?

Polls have shown President Trump and former Vice President Biden in a virtual tie in Ohio. The Trump campaign has made several stops through the Buckeye State recently, including several recent visits by Vice President Mike Pence, who will be speaking in Swanton on Friday.

With less than two weeks until Election Day, Biden is leading most national polls and has a narrower advantage in the battleground states that could decide the race. More than 44 million people have already cast their ballots.

Watch tonight's discussion in again in the player below:

The four of us also had a panel discussion earlier this month following the debate between Sen. Kamala Harris and Vice President Pence. We focused on the importance of health in this election, and the reaction that each of them had when they found out that President Trump and the First Lady had tested positive for coronavirus.