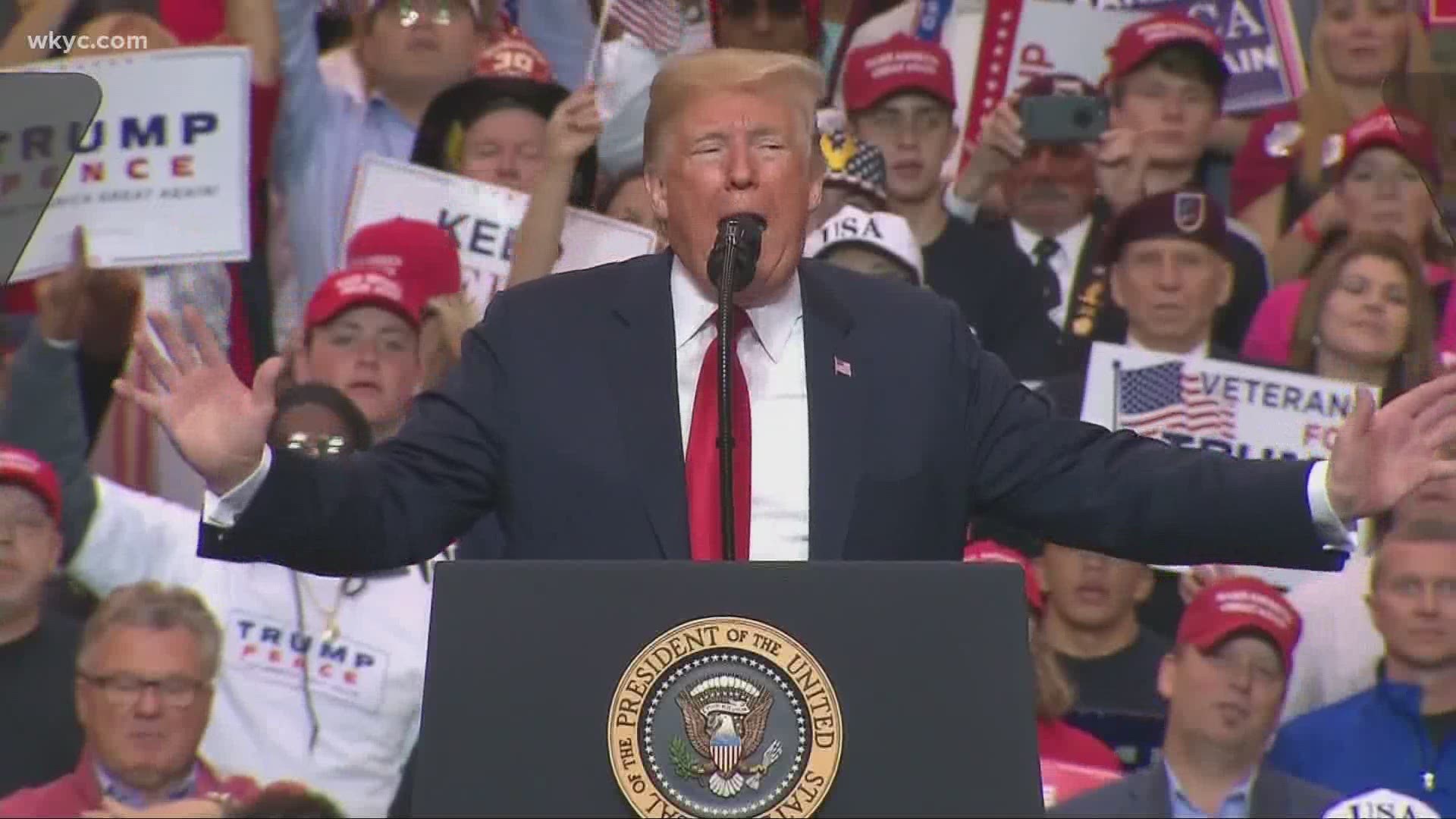 CLEVELAND — Retired financial executive Bill Summers, who sits on local company boards and is a trustee at Baldwin Wallace University, urged GOP supporters in a recent email to attend President Trump’s fundraiser at the Shoreby Club to help keep the “extreme left” from controlling the White House.

Summers suggested former Vice President Joe Biden, the 2020 presumptive Democratic presidential nominee, is not mentally stable and therefore would not finish his term in office, leaving his vice president to run the country.

He said the that U.S. Representative Alexandria Ocasio-Cortez and U.S. Senator Bernie Sanders, among others, are controlling Biden’s vice-presidential pick.

“Our world seems upside down to me,” Summers wrote. “Anarchy transcends the rule of law. The Democrats have a candidate who is non compos mentis meaning his Vice-President will likely become President in very short order. The extreme left is dictating terms to their candidate thus AOC and her ‘squad’, Elizabeth Warren, Bernie Sanders etc. will hold tremendous sway with a Biden administration sure to raise taxes, impose more and more regulation, serve at the beck and call of trial lawyers and the teachers unions etc., etc., etc.”

As a sponsor of Trump’s visit, Summers has been recruiting donors to the Thursday event at the private club on the lake in Bratenahl. He said in the email the event is limited to 300 people and would sell out.

The event is a joint fundraiser for Trump's re-election campaign and the Republican National Committee. Tickets cost a minimum of $5,600. Guests who contribute $100,000 will have more exclusive access to the president and other GOP officials.

Summers, the retired CEO of McDonald Investments, helped lead the community to raise money for Cleveland’s bid to host the 2016 Republican National Convention. He’s also served on numerous institution boards, including Destination Cleveland until recently. He also is a board member of Medina-based coatings-manufacturer RPM International.

Summers did not respond before deadline to a request for comment sent to the email address listed on his fundraiser solicitation.

Not all members of the Shoreby Club have been happy with club’s decision to host the event, citing concerns about the spread of the coronavirus.

3News reported earlier this week that the club’s board said in an email newsletter to members that all staff and guests attending the event will have to take a rapid COVID-19 test and that those who test positive would be turned away.

In another newsletter to members, Andrew “Buddy” Kane, the club’s general manager, addressed the complaints by some members that the club should not welcome Trump because of his politics.

“I hate the fact that our club is upset by any sponsored event we hold here,” he wrote. “But the very best clubs can maintain their tolerance of other’s opinions and still maintain simple human dignity. Just as the host of this event never asked what my beliefs are, just could we do the job.”

Kane noted in his letter that he and his family marched in the Black Lives Matter demonstration two months ago and that some members questioned him about that.

Bratenahl Mayor John Licastro told residents in a recent email that they should expect short road closures anytime between 11 a.m. and 7 p.m.

“We have been assured that all attendees and Shoreby employees will undergo a rapid test for COVID-19,” the mayor wrote. “We have also been told that social distancing protocol and masks are required as well.”