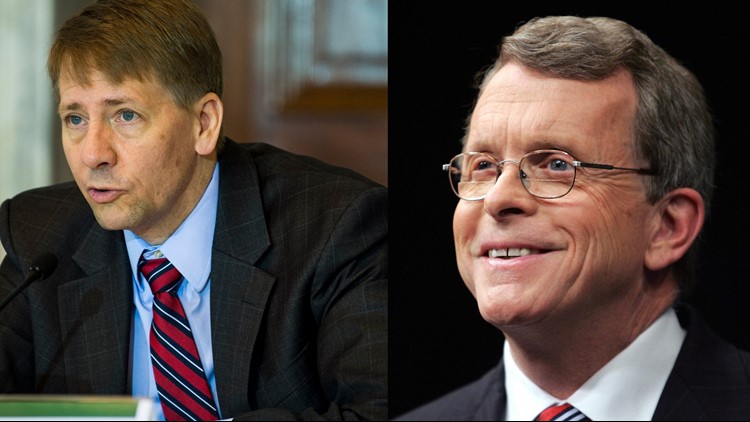 CINCINNATI (AP) - The Democratic candidate for Ohio governor says there should be more debates with nearly a month left before election day.

Richard Cordray and Republican rival Mike DeWine met Monday night in Cleveland for their third debate, the final one agreed to by both campaigns. Cordray said Tuesday in Cincinnati that he wants more, and cited Toledo and Cincinnati as possible sites.

However, DeWine says it's time in the Ohio governor's race to be out talking to people directly and listening to them instead of adding debates.

DeWine said in a statement that his team and Cordray's team had lengthy negotiations to agree on the three-debate schedule completed Monday night. The attorney general says the debates "have been a lot of fun."

The matchup between President Barack Obama's federal consumer protection chief and Ohio's attorney general is one of the nation's most expensive, closely watched governor's races. Republican Gov. John Kasich is vacating the job due to term limits.