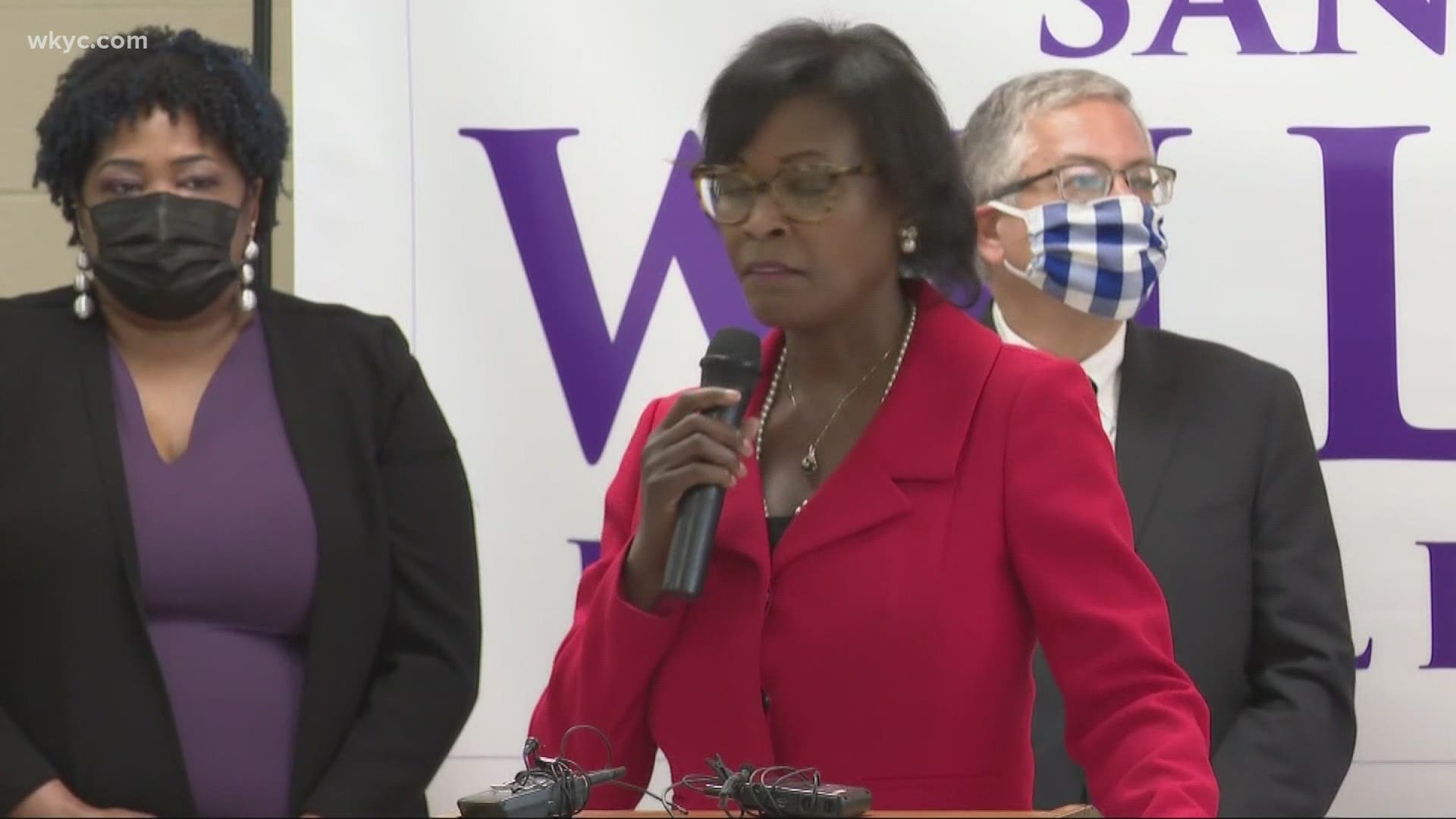 A native of Cleveland, Williams has served as a state senator representing Ohio's 21st district since 2015. Prior to her time in the Senate, she represented Ohio's 11th district in the Ohio House of Representatives from 2007-2015.

During her stop at the Cuyahoga County Board of Elections, Williams pledged a campaign focused on Cleveland’s future. “We stand at the threshold of a new day for the City of Cleveland," she told the gathering. Williams also noted that in November, voters in Cleveland will have the chance to break down old barriers by electing the city's first female African American mayor.

According to her campaign, Williams filed a total of 4,971 signatures from across the city, well in excess of the 3,000 required to earn a place on the ballot.

Additionally, former Cleveland Mayor and U.S. Representative Dennis Kucinich has said to 3News' Mark Naymik that he is "seriously" considering a run.

Jackson announced he was stepping down as Cleveland's longest serving mayor during a Tele-Town Hall last month. "It's time to pass the baton," Jackson said when asked why he was not seeking reelection once again after nearly 16 years in office. "I've been considering it for some time now and I just made the decision that this is my time."