The former White House press secretary spoke in Conway, telling people to head to the polls during this historic election season. 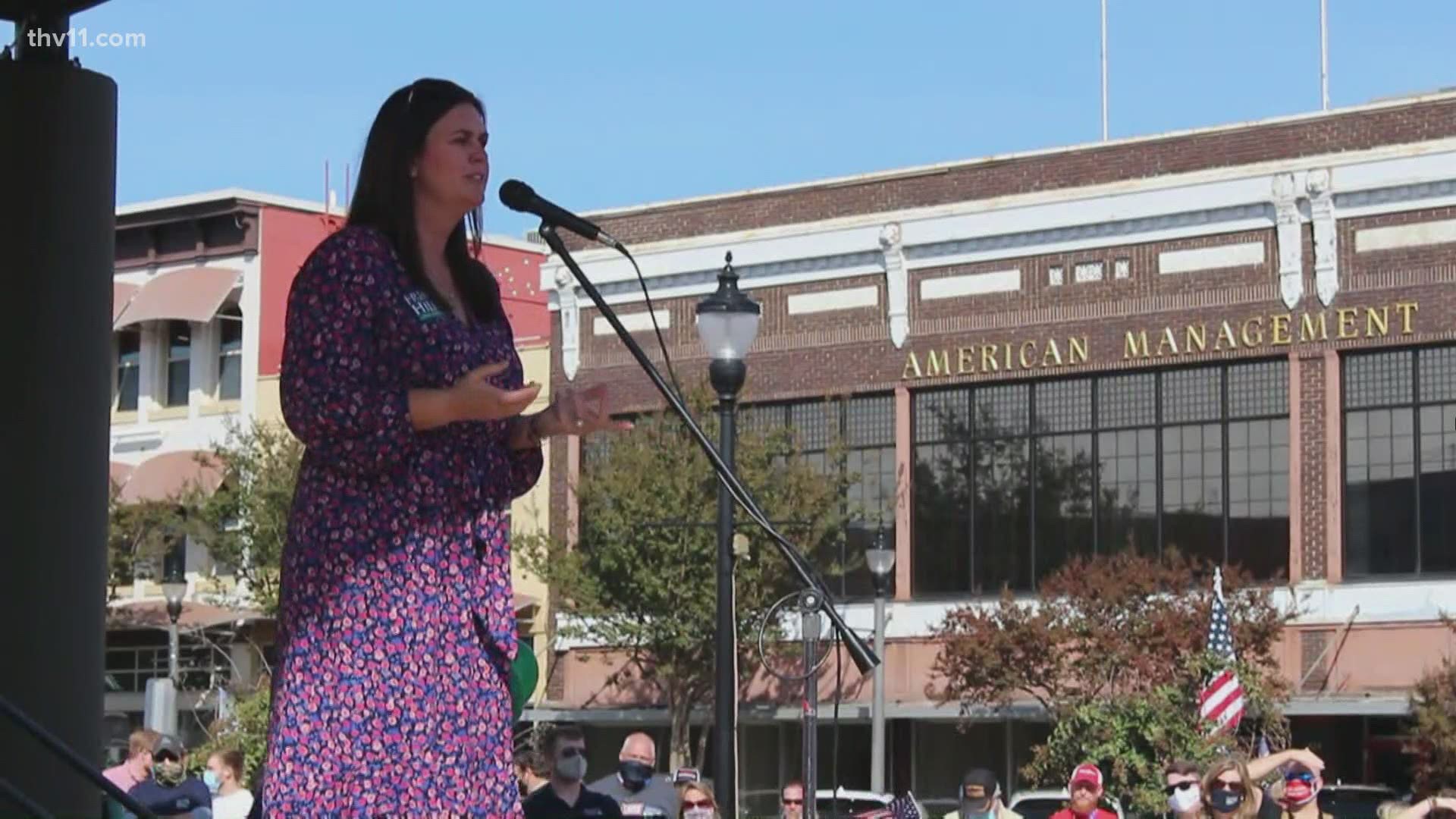 She was in Conway at a rally for French Hill.

Huckabee Sanders spoke at the rally, telling people to head to the polls during this historic election season.

She addressed the press afterward, and when asked about the record-breaking voting in Arkansas, she said she is excited about the turnout.

"Well, I think it's amazing when people go out and let their voice be heard by voting. I think it is spectacular. I think the numbers have been very strong. My understanding is they're very good for republicans," Huckabee Sanders said. "I'm obviously partisan and biased, and so that's good news for me here in Arkansas."

Sarah Huckabee Sanders said in a conference last year that she was seriously considering running for governor in 2022.

Next week, she will be in Iowa on the campaign trail for President Donald Trump.