Clyburn is the House Majority Whip and the highest-ranking African American in Congress. 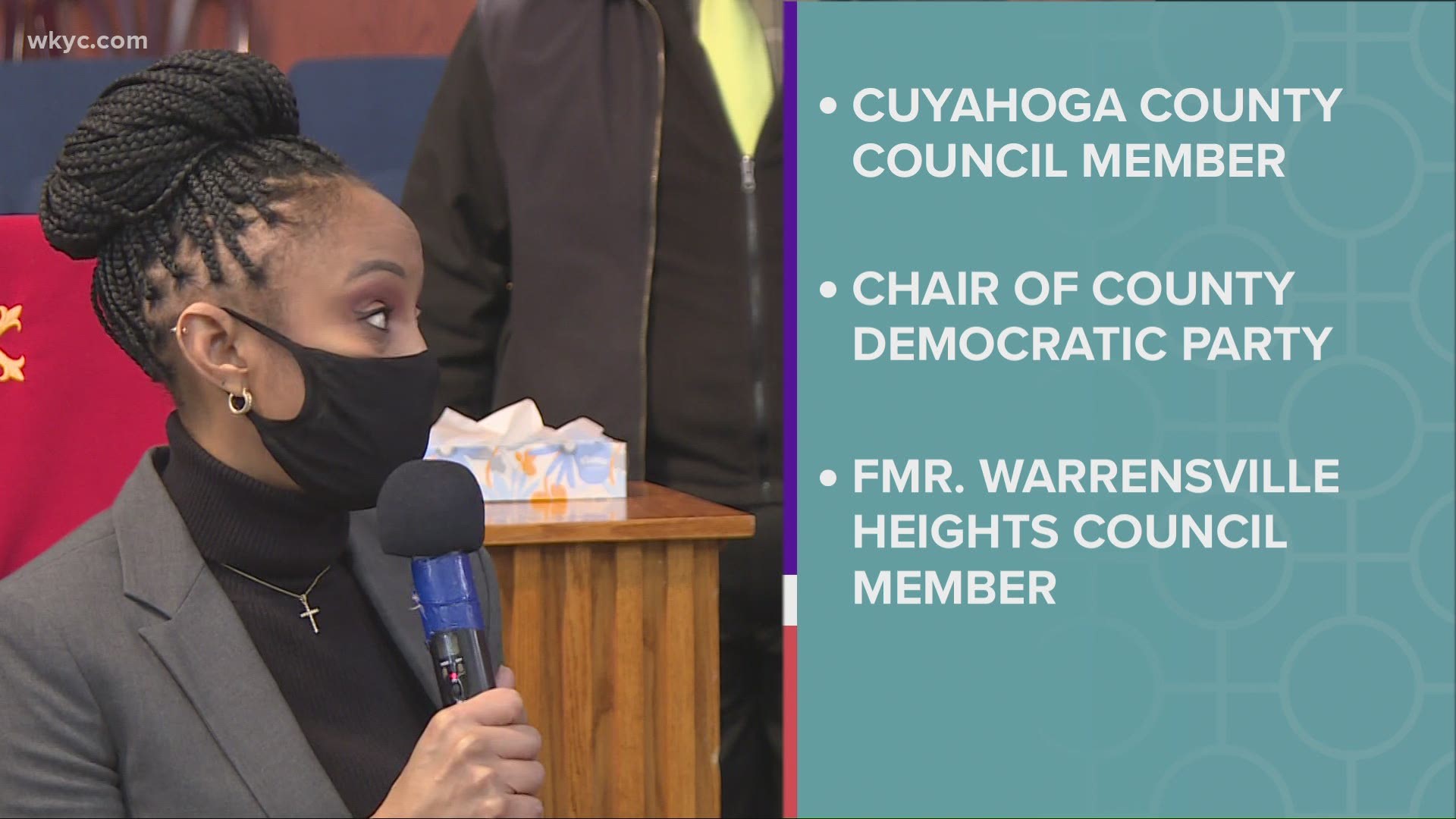 CLEVELAND — Editor's Note: The above video featuring Shontel Brown was part of our "Meet the Candidates" series with Russ Mitchell

With a little over a month to go before the Special Primary Election for Ohio's 11th Congressional District, Shontel Brown is hoping that an endorsement from a key Democrat will help boost her chances of victory.

Earlier this week, Brown received an endorsement from Rep. James Clyburn, the House Majority Whip and highest ranking African American in Congress. According to a statement from the Brown campaign, over $160,000 was raised in the 24 hours following Clyburn's endorsement.

Clyburn's endorsement of Brown is being seen by many national pundits as a sign of division between the moderate and progressive wings of the Democratic party. Nina Turner, who is the favorite in the race, was a co-chair of U.S. Senator Bernie Sanders' presidential campaigns and has the endorsements of several members of the House Progressive Caucus, including Rep. Alexandria Ocasio-Cortez.

In an interview with the New York Times, Clyburn says his decision to back Shontel Brown was not about Sanders or Turner, but more of a cautionary message against what he calls 'sloganeering' within the Demorcratic party.

“What I try to do is demonstrate by precept and example how we are to proceed as a party,” Clyburn told The New York Times' Jonathan Weisman. “When I spoke out against sloganeering, like ‘Burn, baby, burn’ in the 1960s and ‘defund the police,’ which I think is cutting the throats of the party, I know exactly where my constituents are. They are against that, and I’m against that.”

Turner's response to Clyburn's endorsment of Brown came via Twitter. "My campaign is focused entirely on the issues that matter to working people. Ohio voters know the politics of yesterday are incapable of delivering the change we desperately need," she wrote.

My campaign is focused entirely on the issues that matter to working people. Ohio voters know the politics of yesterday are incapable of delivering the change we desperately need.

When I’m elected to Congress, my only special interest will be the people.https://t.co/DD6uDgOU89

The Brown campaign immediately took advantage of the endorsement with new ad featuring the following message from the 80-year-old Clyburn:

The Special Primary Election for the 11th Congressional District will be held on Tuesday, August 3 as candidates vie for the seat in the U.S. House of Representatives last held by Marcia Fudge, now serving as Housing Secretary.

The winners of the Democratic and Republican primary on August 3 will face off in the General Election on November 2.

The deadline to register to vote for the August 3 Special Primary is on Tuesday, July 6. Click here for more information.