The Cleveland paper said the former state senator "has the tools, the smarts and the energy" to do the job. 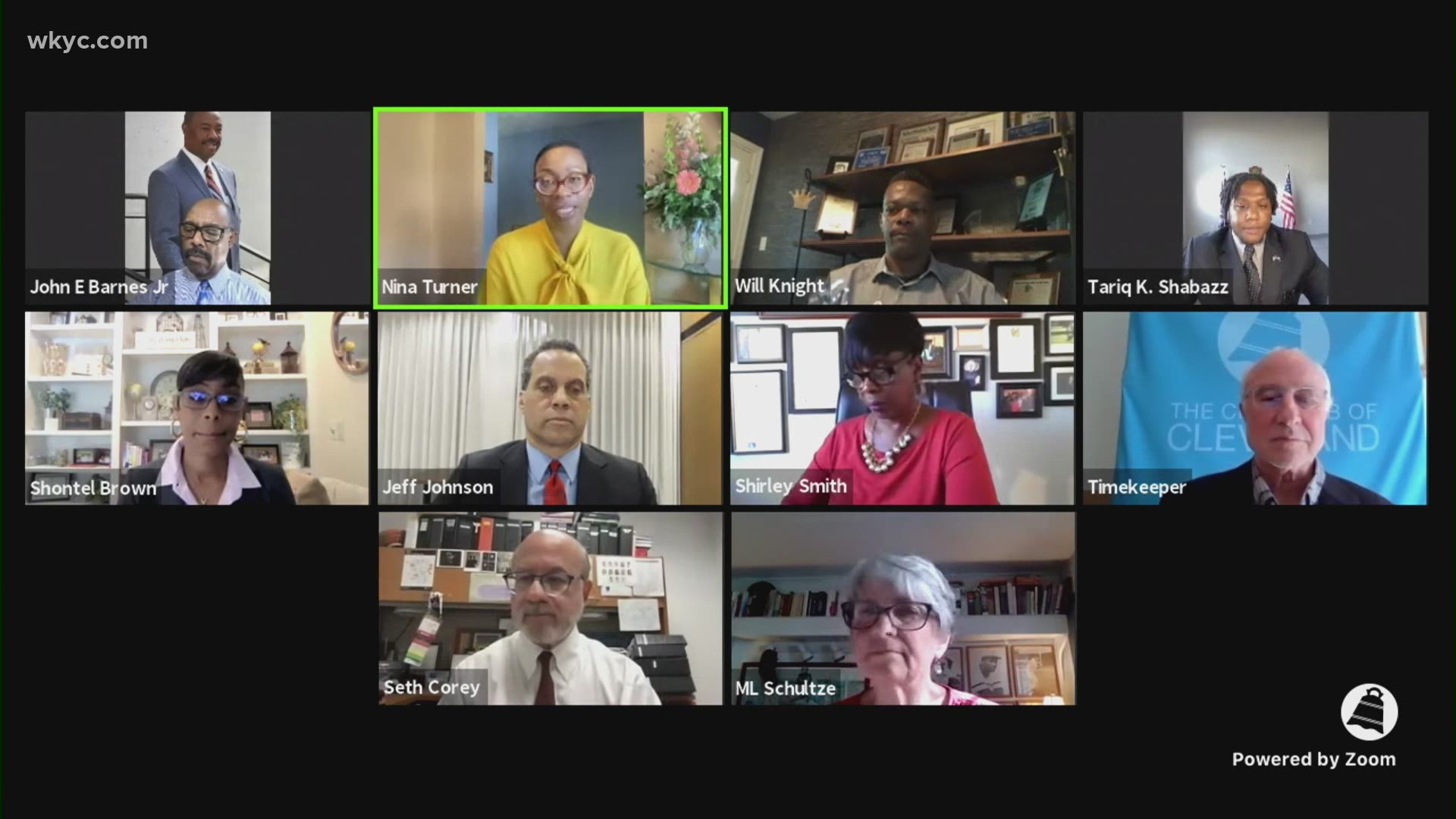 The Plain Dealer and cleveland.com editorial board on Sunday officially endorsed former State Sen. Nina Turner in the district's special Democratic primary. The Cleveland paper said Turner "has the tools, the smarts and the energy to carry forth Louis Stokes’ outspoken yet effective activism on behalf of this region."

"There is one person in this crowded field who has shown she isn’t afraid to stand up to power and to partisan shibboleths, who has the guts to say what she thinks and do what’s right for her constituents and country, who is passionate about public service and knows the issues, the personalities, the challenges better than anyone else in this race," the board added.

Turner, a Cleveland native who graduated from John F. Kennedy High School in 1986, served on the City Council before a stint in the Ohio Senate from 2008-14. She later ran (unsuccessfully) for Ohio Secretary of State, and during that time the PD also endorsed her as someone who "stood up to Democratic Party insiders during the battle over Cuyahoga County reforms."

Turner later rose to prominence as a top surrogate and later national co-chair for Sen. Bernie Sanders' presidential campaigns, always unafraid to call out the Democratic establishment and even eventual nominees Hillary Clinton and now-President Joe Biden. While the paper did commend her for "her ability to synthesize priorities and tackle challenges head-on," they also encouraged her to "move more to the center where her constituents are."

"That Nina Turner was practical, not ideological," the board said of her time in the General Assembly. "In her long career of public service ... Turner, 53, has shown her ability to synthesize priorities and tackle challenges head-on."

Turner thus far has the backing of top state politicians such as Cleveland Mayor Frank G. Jackson and State Senate Minority Leader Kenny Yuko. That has helped give her a massive endorsement and fundraising lead over Cuyahoga County Councilwoman and Democratic Party Chair Shontel Brown, considered the "establishment favorite" in the race.

The Plain Dealer also spoke to Brown and 10 other candidates when considering their endorsement. With Brown in particular, the board referred to her as "a pleasant but undistinguished member of Cuyahoga County Council who has little to show for her time in office," and also chastised her for failing to step down as county party leader upon announcing her candidacy.

"I appreciate the Plain Dealer’s work to keep our communities informed about the issues that affect our families and the importance of this special election. I am going to work everyday to serve the people of Ohio’s 11th Congressional District. My seat will belong to the people. We all have a role to play in lifting this district and my hope is to be a partner with Ohio’s elected officials, educational institutions, non-profits, faith leaders and the business entities that are focused on improving the lives of people in Northeast Ohio, in our state and throughout the country."

Turner and the other candidates are running to replace Marcia L. Fudge, who left Congress in March upon her confirmation as President Biden's secretary for housing and urban development. The special primary elections are set to take place Aug. 3, followed by the general election on Nov. 2.