Hundreds of people gathered at the Muskingum County Fairgrounds to hear the vice president. 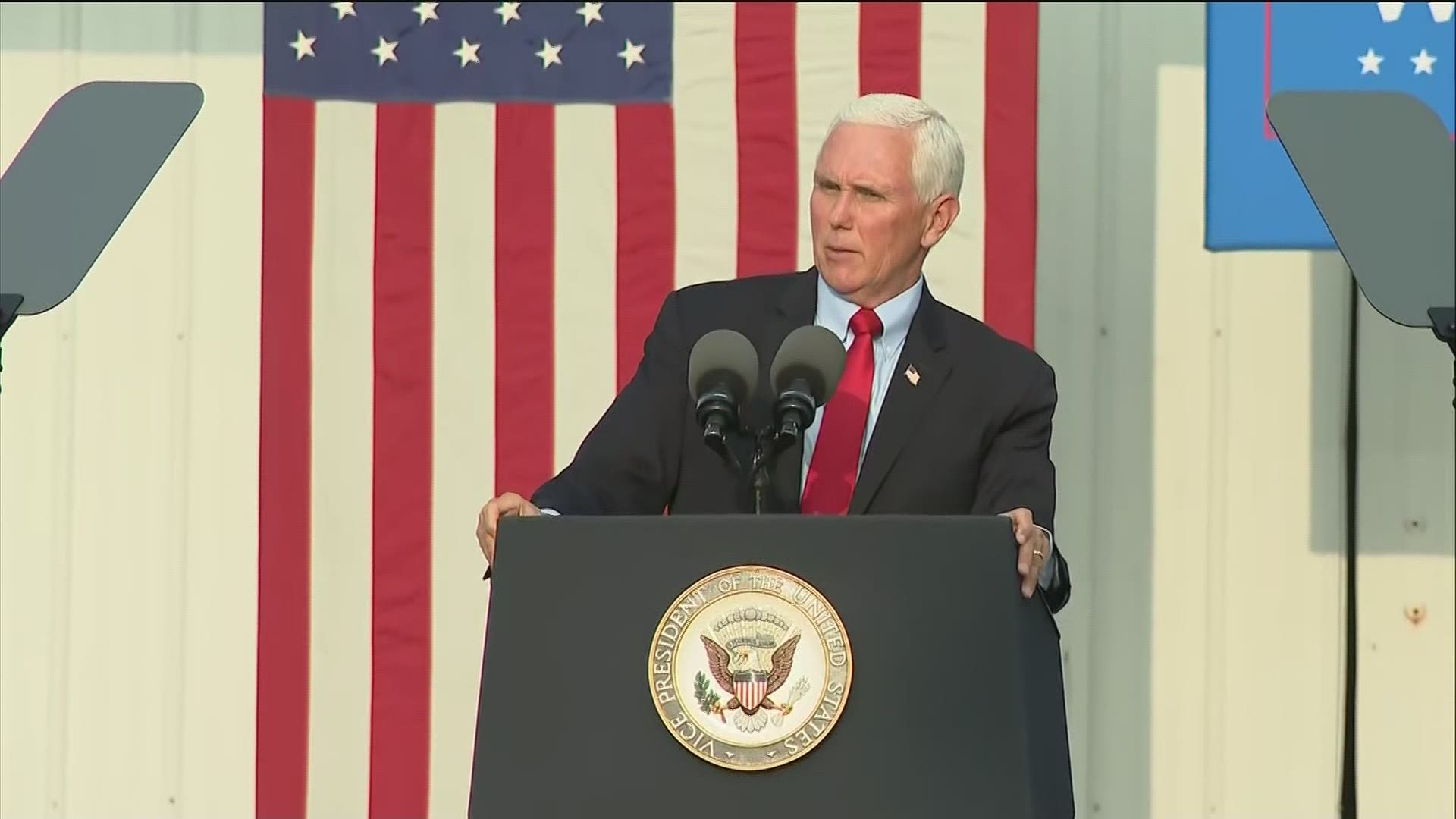 ZANESVILLE, Ohio — Vice President Mike Pence made a campaign stop in Zanesville on Wednesday where the Trump campaign won handily back in 2016 capturing 65% of the vote.

With less than 50 days until the November election, Pence’s speech focused on promises he said the president kept, including taking credit for Ohio State returning to football.

“He promised jobs and even promised college football. I know you've heard that the Buckeyes will be back on the playing field,” Pence said.

On the topic of COVID-19, the vice president told the crowd a vaccine will be here by end of the year.

“We are slowing the spread we are protecting the vulnerable we are saving lives,” he said.

The US is approaching 200,000 deaths from coronavirus, the most in the world.

The enthusiastic crowd cheered during most of Pence's speech until the moment when he tried to get the crowd to cheer for Ohio Governor Mike DeWine. There was a smattering of applause and some boos.

As for Joe Biden, Pence took several swipes at him calling him a “trojan horse for the radical left.”

“We got to decide right here, right now, that we have to make sure that Joe Biden never becomes the president of the united states,” he said.