Georgians share why they voted: Because 'it's a civic duty'

11Alive is where Atlanta speaks. Here's why you said you voted. 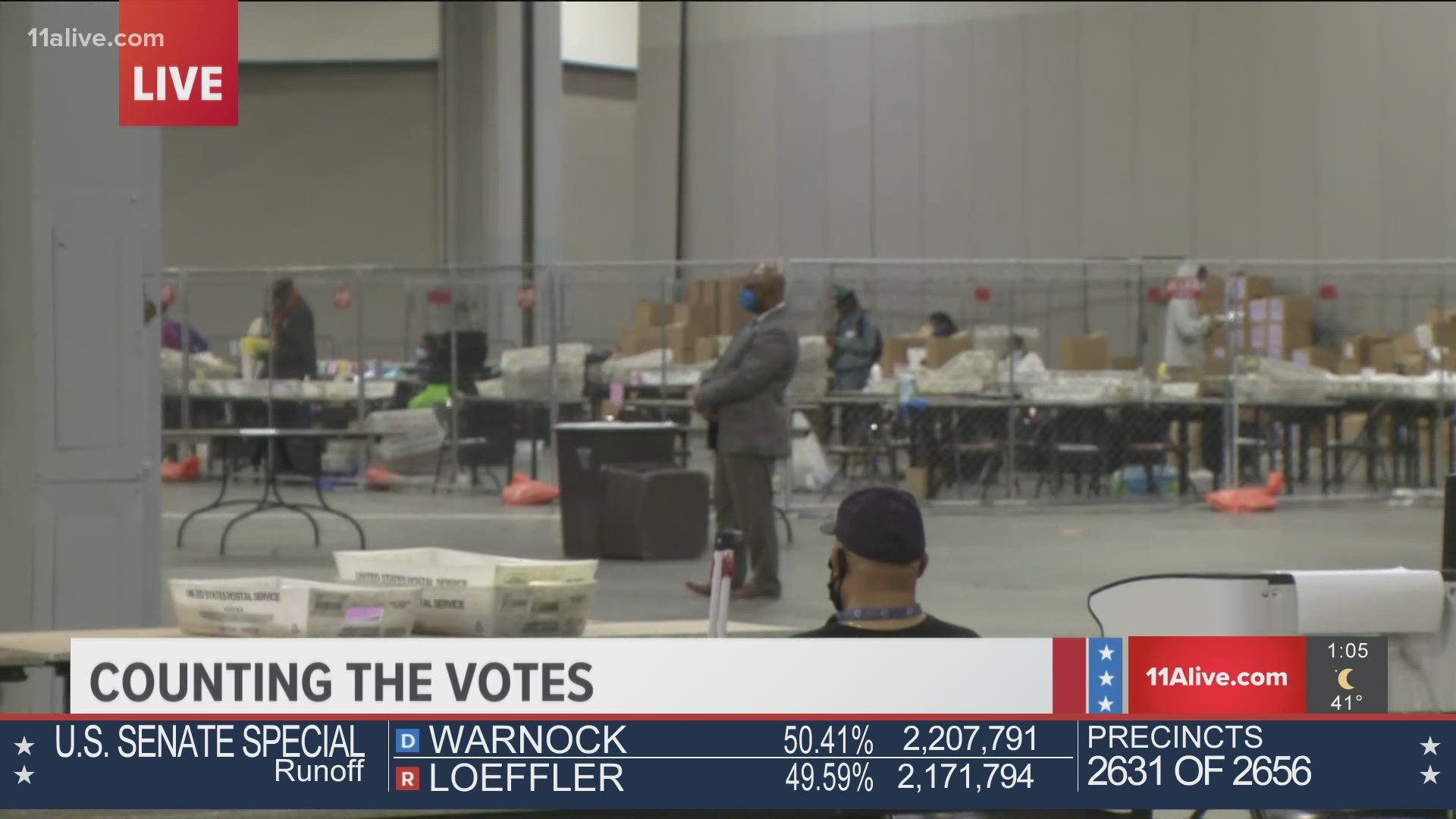 ATLANTA — After the onslaught of calls, texts, flyers and ads encouraging Georgians to vote all over again, the countdown is done and Election Day is finally here.

The runoff election for Georgia's two US Senate seats - brought about after no one candidate won 50% plus one vote - has turned into a closely-watched race of significant importance. Should the Democratic candidates win both seats the party would gain control of the Congressional chamber, allowing President-elect Joe Biden the opportunity to achieve his legislative goals. But, if one Republican candidate wins, Republicans would retain their majority and likely be a roadblock to a Biden administration.

Add to that the unprecedented layer of pressure from outgoing President Trump to overturn the results of the election and Biden's historic win in Georgia: the stakes for the state runoff election couldn't be higher.

RELATED: 'Too important to miss': Tyler Perry didn't get his absentee ballot, so he flew home to vote

It's a sentiment felt by many of 11Alive's viewers, who voiced that in their responses to the question: "Why did you vote?" 11Alive is where Atlanta speaks. Here are some of those responses.

"Voted by Absentee Ballot. ZERO problems. Ballot Trax kept me informed of status. Not a chance for fraud. Why? Change is needed/required, that's why. Not to mention it's a civic duty."

"Because I think the welfare of all Georgians should be more of a priority than the personal financial portfolios of those who are suppose to represent us. I want representatives who represent and work for everyone without bias."

"We need actual leadership in the Senate. Laws should protect the weakest among us, not the strongest, or the wealthiest - those folks are doing just fine."

"Voted absentee and dropped my ballot in an official drop box. Voted to RESTORE DEMOCRACY in America!"

"I voted for the balance of power. For the future my kids have ahead of them. Something needs to be kept as 'fair' as it can be, if that’s even possible in the political quagmire of DC politics."

"Mostly to keep a balance in the Senate. It is not good to have a one party senate. Need the checks and balances to help keep the craziness down."

"I voted to restore Democracy to the Senate floor."

"Time for a change, let’s be the one that makes the difference."