Sen. Rob Portman says Ohio will get $483 million to help with bridges, and a whopping $9.2 billion for its roadways. 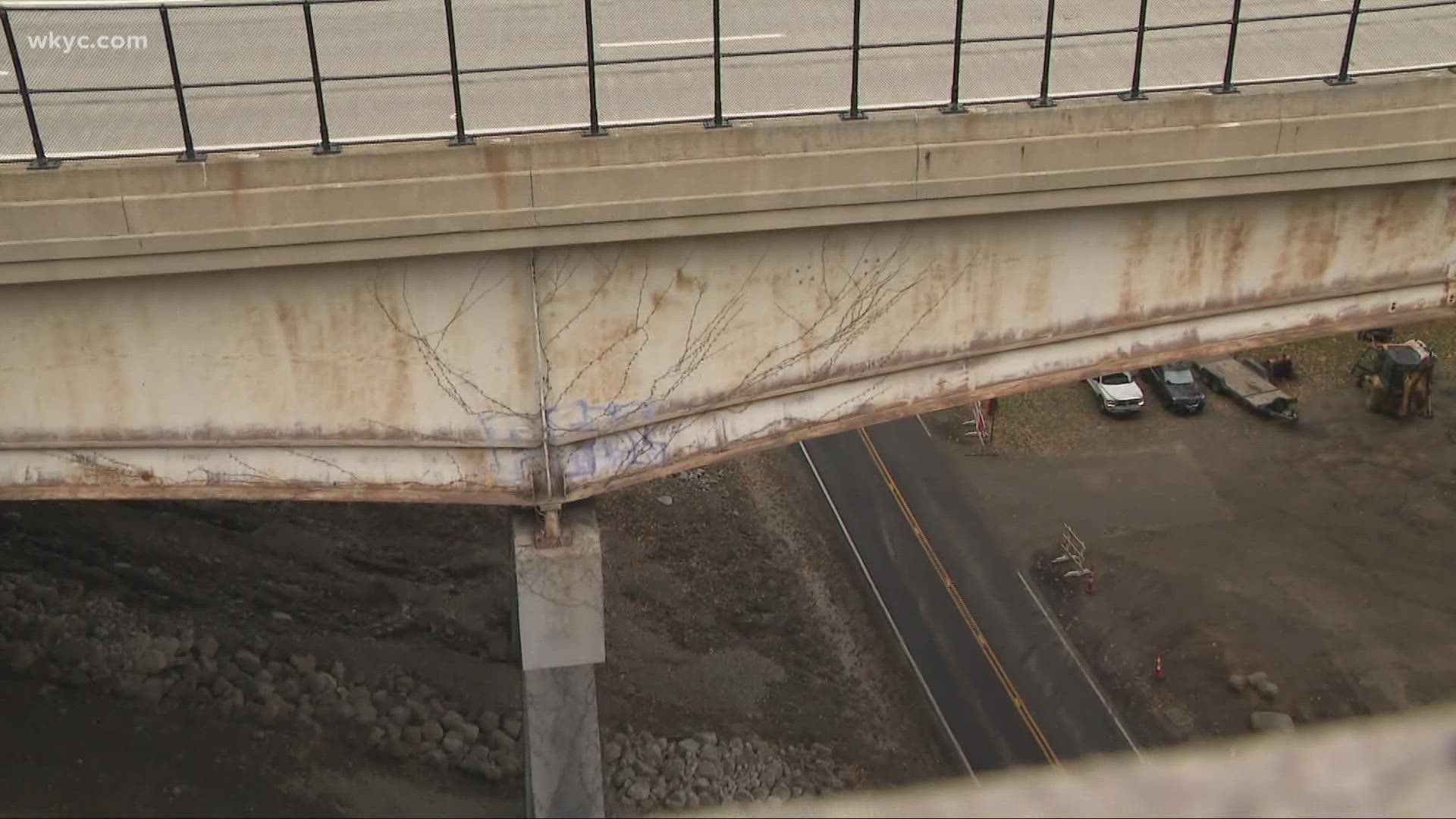 With the federal infrastructure bill signed into law Monday, soon billions of dollars will be poured into road repairs, including $40 billion on bridges.

The work will happen over the next five years, but no one knows just how much money is coming to Cleveland, or exactly soon. But Senator Rob Portman, one of the few Republicans who actively supported the bill, says Ohio will get $483 million to help with bridges and a whopping $9.2 billion for its roadways.

The Federal Highway Administration posts its inventory of bridges every year. This spring, the government agency flagged 78 in Cuyahoga County in poor condition. 3News found some of the most serious offenders are already being addressed.

The most highly trafficked bridges of concern in the state are two stretches of I-90. Rehab and painting work is currently underway on this part over East 152nd Street, with 112,000 cars crossing it each day. The work should be done in July.

The second stretch is I-90 over Rocky River, with 106-thousand cars crossing it each day. The Ohio Department of Transportation says $675,000 dollars of repair work was just completed in September.

ODOT maintains 512 bridges in Cuyahoga County, inspecting most of them at least every year, more frequently than the U.S. standard, which is every two years. ODOT Press Secretary Matt Bruning says it's found 14 of them are considered structurally deficient, ranking a 4 on the scale from zero to 9, with 9 being a brand-new bridge.

“We're all hoping that this infrastructure package is going to mean good things for us in the future,” said Thomas Sotak. He’s the chief deputy of engineering with the Cuyahoga County Department of Public Works.

Cuyahoga County itself maintains another 209 bridges, which it inspects annually.

Lindsey Craig lives right near the stretch of St. Clair Avenue, near the cultural gardens, where the bridge over Doan Brook was built in 1897. It’s currently under county repair.

“It's surprising that it held up so well, but I'm glad they're working on it,” he told us.

Cuyahoga County says Hillard Avenue bridge is due for replacement in the next few years. Public meetings have begun and it's headed to the design phase.

Sotak says the best hope is that new infrastructure dollars can cover some big-ticket items, leaving more money to work down the list.

The state’s gas tax and part of your car registration fees have funded current repairs, but there definitely hasn't been enough money to fix it all.

According to Bruning, Ohio recently relaxed its inspection guidelines to allow newer or more structurally sound bridges (7 rating or higher) to be inspected only once every two years, in line with the federal standards. All of the state's bridges that are rated 6 or lower are still looked at annually.

RELATED: What will Cleveland gain now that President Biden has signed $1 trillion infrastructure bill into law?