The federal corruption trial for Johnson and his aide, Garnell Jamison, is under way in Akron. 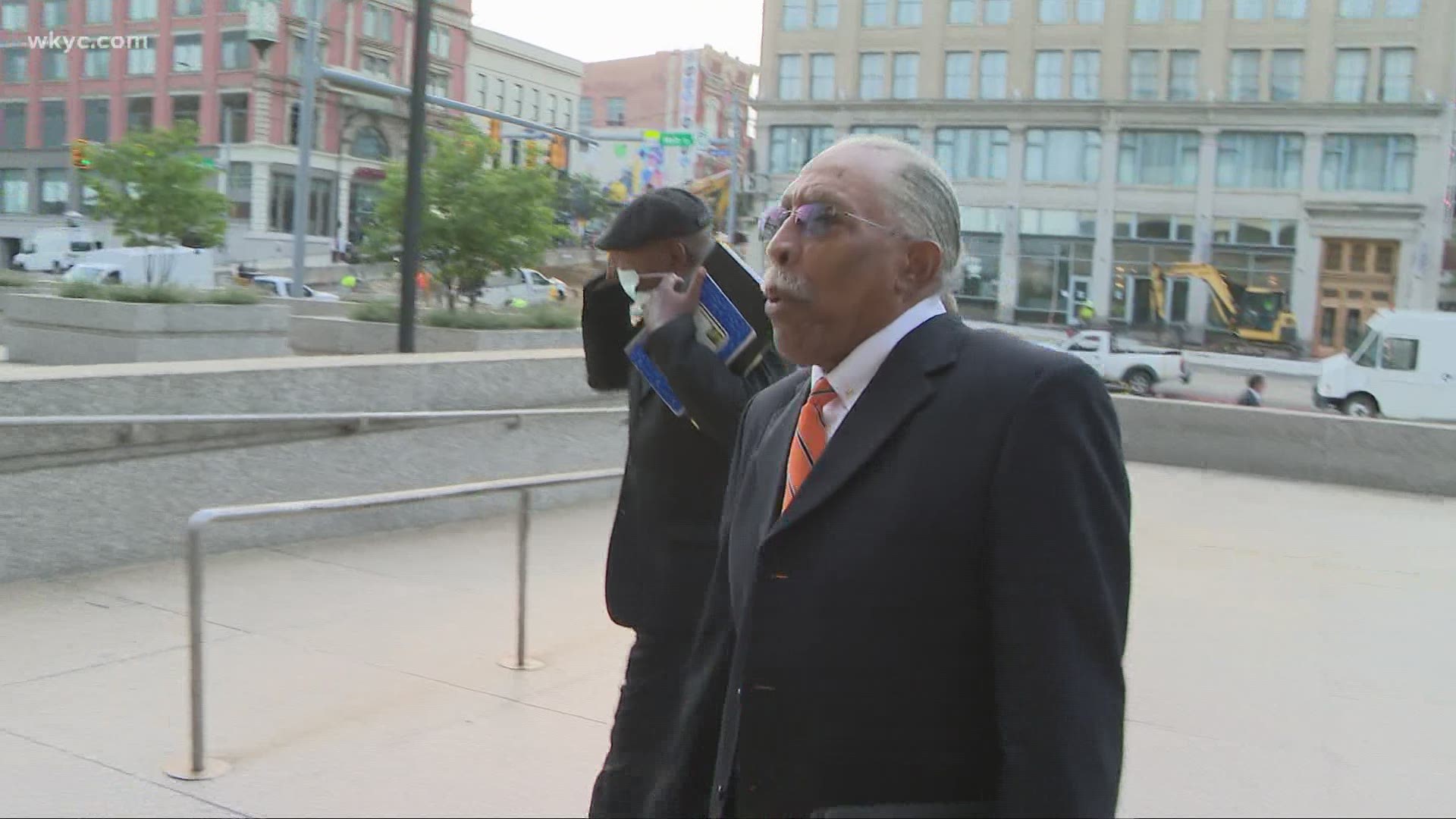 AKRON, Ohio — Federal prosecutors said in opening statements Wednesday that 75-year-old Cleveland City Councilman Ken Johnson is a cheat and a liar who manipulated people close to him in three schemes to defraud taxpayers of tens of thousands of dollars.

On the first day of Johnson's corruption trial, prosecutors focused on reimbursements Johnson received for expenses he claimed he paid for out of his pocket to help clean and cut vacant lots in his east side ward. The prosecution's key witness was Robert Fitzpatrick, who testified that Johnson befriended him as a boy and that he later moved into Johnson's home.

Fitzpatrick testified that Johnson helped him get a job in the recreation center, named after the longtime local lawmaker. Fitzpatrick, who during more than 30 years with the city became a manager overseeing several east side recreation centers, said Johnson and Jamison asked him around 2010 to sign timesheets for work he never performed. Johnson later used the timesheets and fake receipts to get reimbursed $1,200 every month for nearly 8 years, prosecutors said.

Fitzpatrick said he filled out and signed timesheets to match hours given to him on a piece of paper each week by Jamison. He told jurors he didn't know why he was filling out the timesheets, according to an account of his late afternoon testimony by cleveland.com.

Fitzpatrick said Johnson and Jamison told him not to worry about it and promised him a promotion. According to cleveland.com's reporting of his testimony, Fitzpatrick said he got angry in 2018 when he read a story on cleveland.com and in The Plain Dealer by Mark Naymik, now a reporter at 3News. The story named Fitzpatrick in the reimbursement scheme.

Johnson used Fitzpatrick's timesheets as documentation to claim he paid Fitzpatrick each month to work in his ward. Fitzpatrick testified the signatures used on the receipts purporting the councilman paid him $1,200 cash each month are fake, and claims he never signed a single receipt and never got paid a penny.

Fitzpatrick, who has already pleaded guilty for his role in the scheme, also said Jamison asked him to sign and file tax records claiming he earned $14,400 from his work in the ward. He said the tax form he received from Jamison was already completed with Johnson as the person who paid him for the work. Fitzpatrick noted he didn’t like doing it because he had to pay taxes on that fake income.

Johnson's lawyers argued in their opening statements the councilman kept sloppy paperwork, but everything he did was for the residents of his ward and he's a true public servant.

There is a lot more to come in the trial, including testimony from John Hopkins, who headed the Buckeye Shaker Square Development Corp, the nonprofit that received federal money to revitalize neighborhoods in Johnson's ward. Hopkins has also pleaded guilty to help funnel federal money to Johnson's personal bank account.

The trial is expected to last at least a couple of weeks, and we could hear from some top officials at the city of Cleveland.