Weingart, a Republican, says he needs to start early in the Democrat-dominated county. 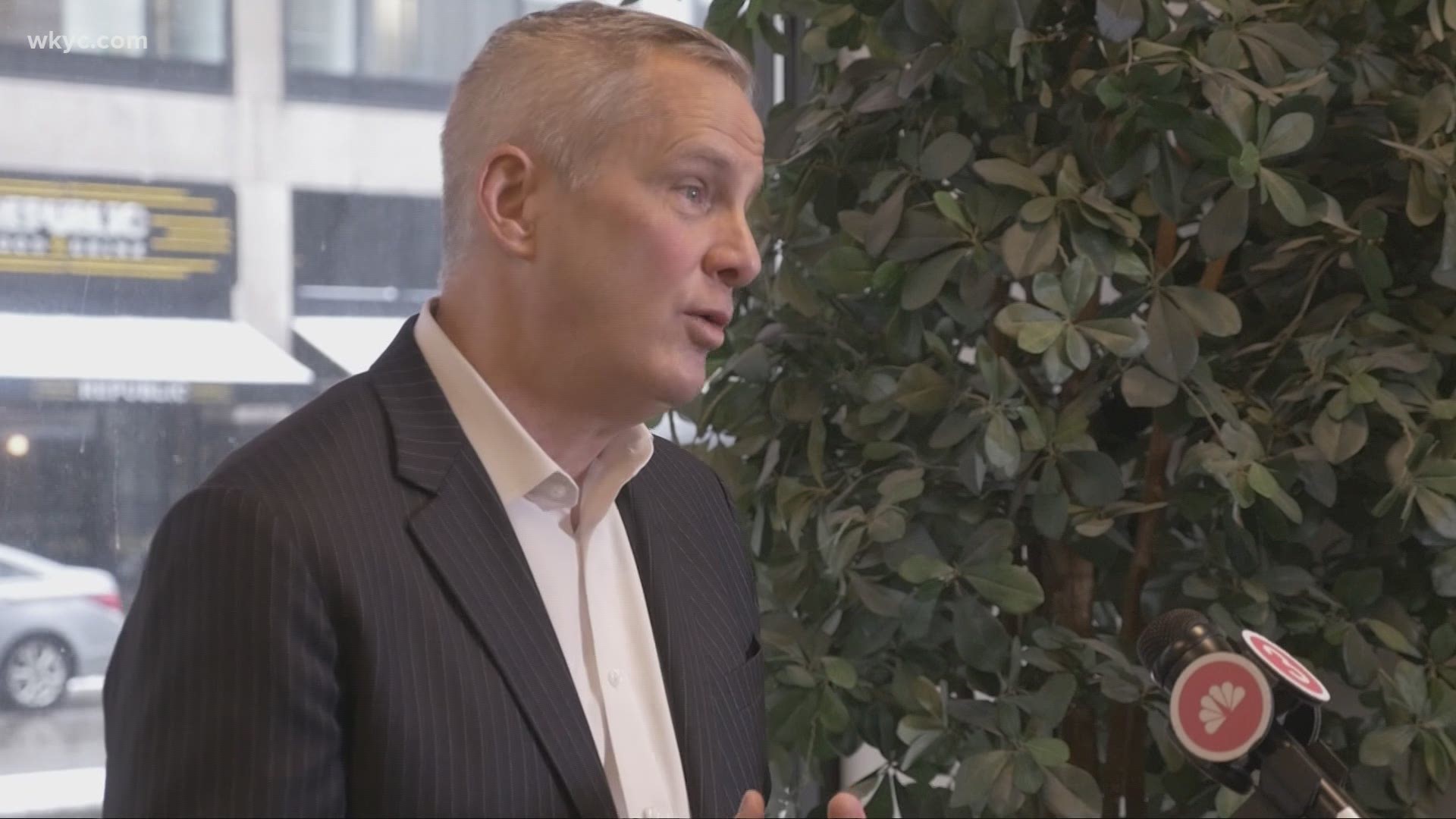 CLEVELAND — Appointed Cuyahoga County commissioner in 1995 at the age of 28, Lee Weingart was one of the top three officials in charge in the old form of county government.

Decades later, Weingart, 54, said he wants to return to the new government as an outsider, though he sounds every bit the politician.

In 2009, county voters passed Issue 6, which eliminated the three at-large county commissioners and replaced them with a county executive and an 11-member county council representing wards across the county. The changes took effect in 2011. Former Lakewood Mayor Ed FitzGerald was elected the first county executive. Armond Budish succeeded him.

The job of Cuyahoga County executive has become one of the most powerful positions in the region. Decisions made from the office influence social services, transportation, and job growth.

Weingart, who now runs a lobbying firm he founded in 2002, said county scandals and failings in Budish’s six-year tenure thus far warrants a change. Budish has not said if he will seek a third term.

Weingart cites the dozen deaths in the county jail, which led to multiple investigations and an overhaul of jail leadership; the county’s slow and overbudget upgrade to its computer systems; and what he claims is an “anemic response to the COVID pandemic.”

Weingart said he’ll try to reduce the size of county government and use the savings to invest in services and programs. Weingart said among his first initiatives will be “10,000 Homes for Cuyahoga County.”

He said he’ll champion a $100 million housing bond to help finance the acquisition, construction, and renovation of 10,000 private homes by Cuyahoga County by 2026. The program will offer grants or low interest loans to fund down payment support, mortgage gap funding, renovation, repair, credit enhancement, mortgage insurance, and other supports to create opportunities for qualifying Cuyahoga County residents to acquire new homes or renovate their current homes.

During Weingart’s two-year tenure on the then-three-member county commission, the commission guided the county back from $114 million budget hole created by a failed investment program. He’s using this as campaign talking point.

“And without raising taxes, we were able to cut nonessential spending and reduce the bureaucracy by 800 positions,” he said. “And it’s still too big.”

Weingart has twice run countywide for a top county job and lost.

In early 1994, Weingart quit his job at the law firm Jones Day to challenge Democrat Tim Hagan, who beat him in the general election.

But in the 1996 general election, Weingart failed to win re-election, losing to Democrat Jane Campbell.

Asked about the winning this time, he said: “I'm starting early, 20 months ahead of the election. Gives me your chance to talk to the 800,000 voters in Cuyahoga County.”

You can see Lee Weingart's announcement in the player below: