Georgia Gov. Brian Kemp held a press conference Friday at 4 p.m. in Savannah in response to the lawsuit. 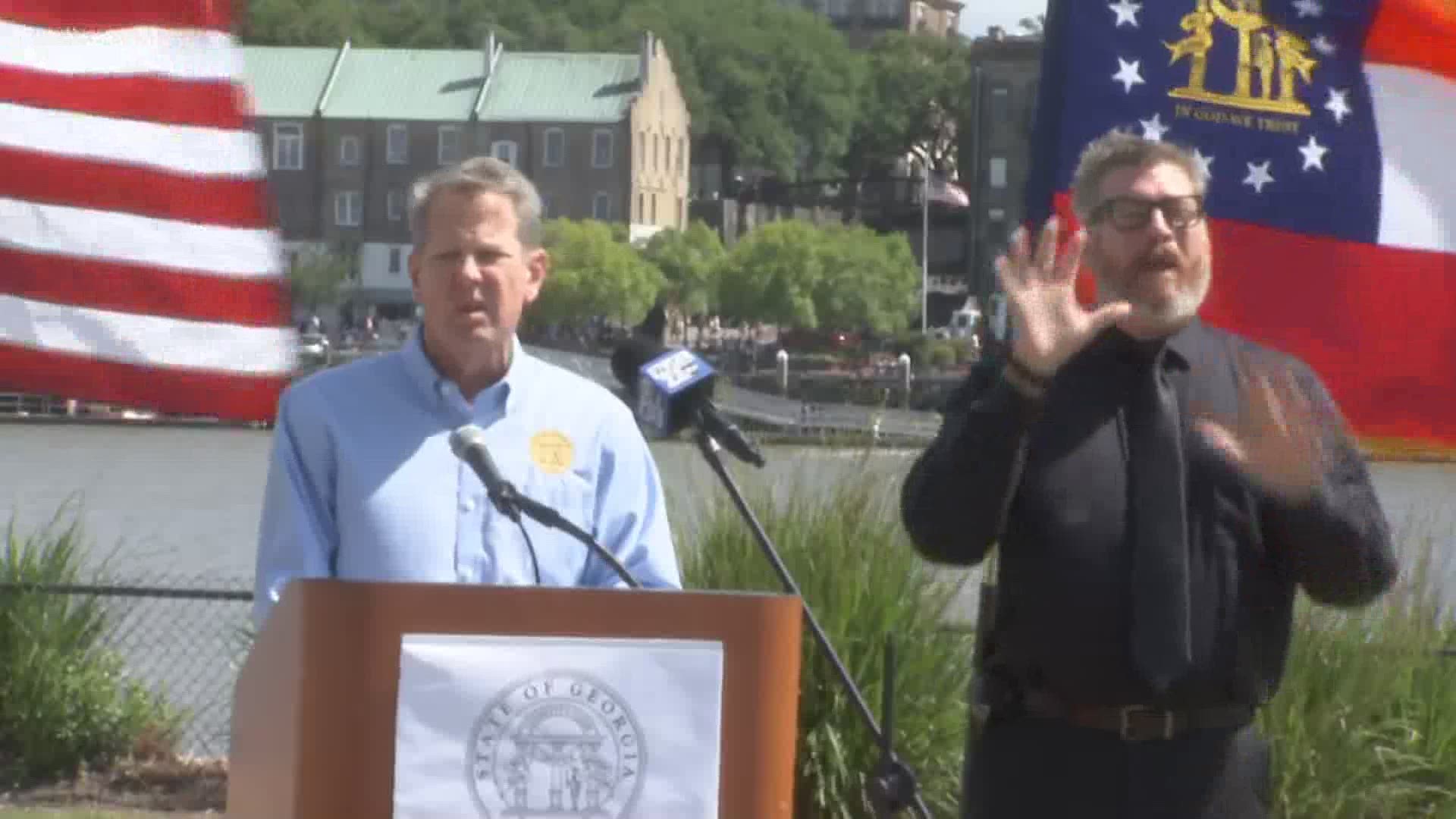 ATLANTA — Attorney General Merrick Garland announced Friday morning that the U.S. government will sue the state of Georgia over its new voting law.

Detailing the scope of the suit, Garland argued the law, SB 202, was "enacted with the purpose of denying or abridging the right of Black Georgians to vote on account of their race or color."

The government suit, United States v. Georgia, will target various elements of the law, including its narrowing of access to absentee voting, its more restrictive regulations on the use of drop boxes and its restrictions on certain third-party activities, including handing out food and water to voters in polling lines.

RELATED: Georgia election law explained: Here's what the law does, doesn't do

Georgia Gov. Brian Kemp held a press conference Friday at 4 p.m. in Savannah in response to the lawsuit.

"Let me be clear, the DOJ lawsuit announced here today is legally and constitutional dead wrong. Their faults and faceless accusations are quite honestly disgusting but I can't say that I'm surprised," he said.

"This is the truth, SB202 ensures Georgia elections are secure, accessible and fair. It expands access to early voting, ensures that drop boxes are available in every county and secured around the clock," Gov. Kemp continued. "It implements voter ID for absentee ballots, which nearly every poll shows an overwhelming majority of Americans support."

Gov. Kemp also said in the conference he is not backing down.

Earlier Friday, Gov. Kemp tweeted his response to the lawsuit, calling it founded on "lies and misinformation."

This lawsuit is born out of the lies and misinformation the Biden administration has pushed against Georgia’s Election Integrity Act from the start. Joe Biden, Stacey Abrams, and their allies tried to force an unconstitutional elections power grab through Congress - and failed.

"This lawsuit is born out of the lies and misinformation the Biden administration has pushed against Georgia’s Election Integrity Act from the start. Joe Biden, Stacey Abrams, and their allies tried to force an unconstitutional elections power grab through Congress - and failed," the governor said in a statement. "Now, they are weaponizing the U.S. Department of Justice to carry out their far-left agenda that undermines election integrity and empowers federal government overreach in our democracy."

"As Secretary of State, I fought the Obama Justice Department twice to protect the security of our elections - and won. I look forward to going three for three to ensure it’s easy to vote and hard to cheat in Georgia," Kemp added.

Sec. of State Brad Raffensperger, also named in the complaint, said in a statement, "I look forward to meeting them, and beating them, in court."

“The Biden Administration continues to do the bidding of Stacey Abrams and spreads more lies about Georgia’s election law," Raffensperger said. "Their lies already cost Georgia $100 million and got the President awarded with four Pinocchios. It is no surprise that they would operationalize their lies with the full force of the federal government."

Abrams, the state's leading Democrat, said that in the Justice Department, "Americans have an ally on voting rights - regardless of race, party or zip code" and thanked DoJ officials for "defending Georgians against this assault on our freedom to vote."

The governor signed the law in March, which institutes a range of provisions that will require ID for absentee ballots, scale back drop box access and restrict giving out food and water to those in voting lines, as well as adding a day of early voting.

It has been the focus of fierce criticism from Democrats, and resulted in calls for boycotts as well as Major League Baseball moving its All-Star Game out of Atlanta.

Garland, the attorney general, said Georgia experienced record voter turnout in 2020, and that this was "cause for celebration."

"But then in March of 2021, Georgia's legislature passed SB 202. Many of that law's provisions make it harder for people to vote," Garland said. "The complaint alleges that the state enacted those restrictions with the purpose of denying or abridging the right to vote on account of race or color."