Ohio Gov. Mike DeWine reacts to Jim Renacci's decision to run against him in battle for governor

'I’ll be laying out my vision for the future of the state of Ohio as we move forward.' 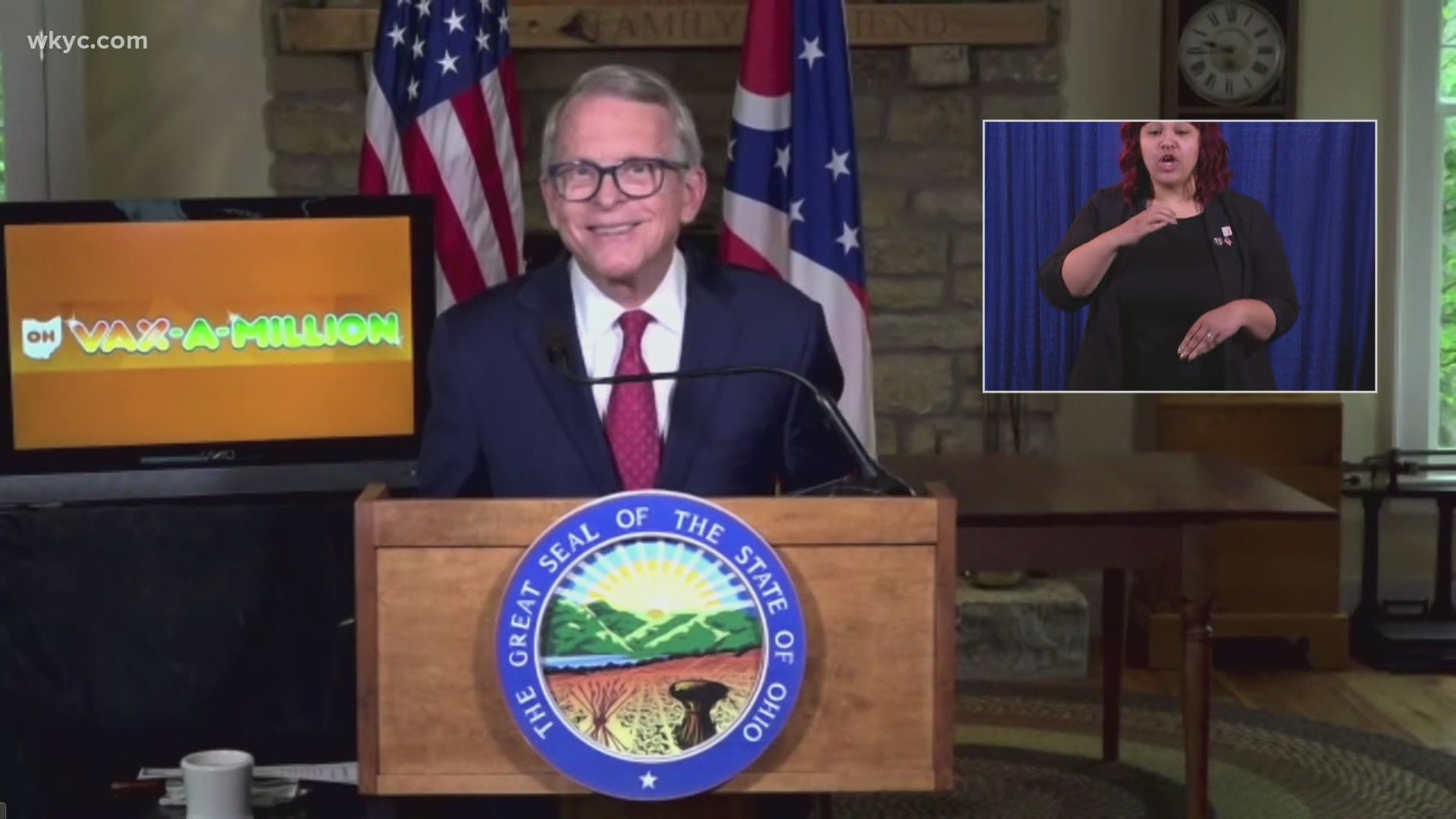 COLUMBUS, Ohio — As Ohio Governor Mike DeWine aims to win re-election in 2022, he will have to face a Republican primary battle after former U.S. Representative Jim Renacci announced his gubernatorial campaign Wednesday in an exclusive interview with 3News.

“I was thinking this morning that throughout my career, it’s a rare time that I do no have a primary opponent. That’s the nature of life. That’s the nature of politics. There’s going to be a primary. That should not be shocking to anyone because there’s virtually always a primary in the races. I’ll be laying out my vision for the future of the state of Ohio as we move forward. I don’t think anyone has had more press conferences, been out more than I have. We’re now trying to put this pandemic in the rearview mirror. Ohio is coming out strong. I feel good -- very, very good -- frankly, with where we are. We made tough, tough decisions early on. We cut spending. We froze hiring. As the budget is considered, this week the Senate has done their work and the House has done their work. Now the conference committee and discussions are going on. I feel very good about the work that they have done. If you look at our priorities, which is really investing in Ohioans, investing in the future, it’s something we’ve talked about throughout our administration -- not only talked about, but we put money into it. We put action into it. I feel very, very good about where we are. That work will obviously have to continue -- and will continue. I think we’re coming out of this in very, very strong good shape. We still have some people suffering, and we certainly have to work on that. We’re doing well and we’re coming out of this strong.”

Renacci announced his campaign after making a series of tweets in recent days that attack Gov. DeWine's leadership.

You can watch Renacci's announcement with 3News' Russ Mitchell in the player below: