'I just thought this election isn’t about my family or his. It’s about your family. It’s about the family of the American people.' 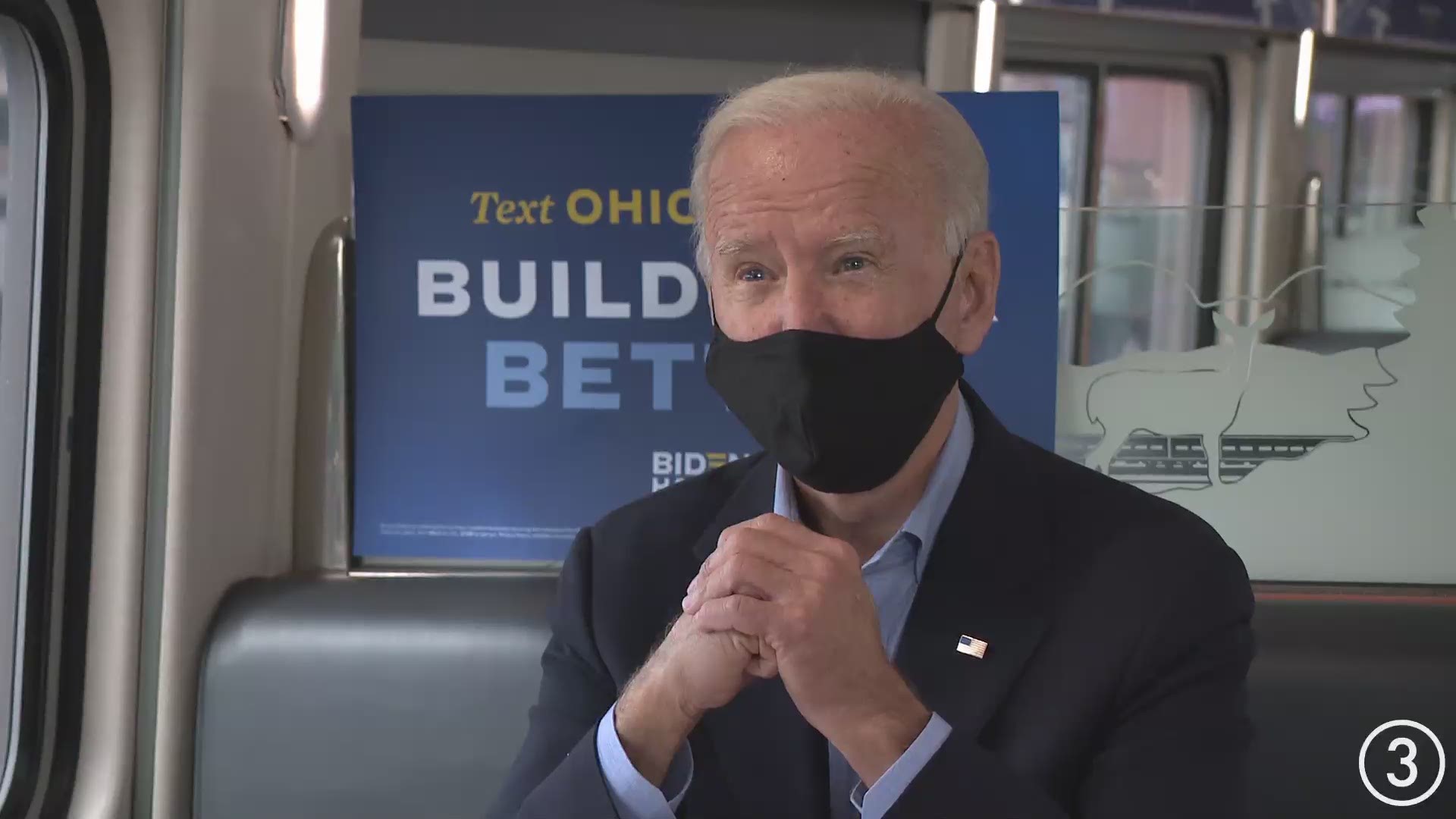 CLEVELAND — Editor's note: 3News also requested an interview with President Donald Trump, but we have not yet heard back.

Hours after the heated presidential debate in Cleveland, 3News' Russ Mitchell sat down with Joe Biden for a one-on-one conversation about the battle with President Trump.

During the interview, Biden addressed President Trump's behavior, attacks on his family and his regret from the debate. The conversation was held Wednesday morning on Biden's "train tour," which launched in Cleveland with stops in Alliance and portions of Pennsylvania. You can read some of the conversation below, and watch more of the interview Wednesday on WKYC at 5 p.m., 6 p.m. and 11 p.m.

3News’ Russ Mitchell: If you were to grade yourself A through F, how you did, what grade would you give yourself?

Joe Biden: I don’t grade myself. I felt pretty good about my performance and what I did. What I tried doing if you noticed this, I talked to the American people. I looked in the camera telling them what I was going to do. You noticed the president did everything he could to distract from having to talk about the issues. He didn’t talk about COVID, he didn’t talk about his failures there. He didn’t talk about his willingness to accept the outcome of the election. He told white supremacists, the Proud Boys, to stand back and stand by. … Every single time he was asked a substantive question, he went on the attack.”

Mitchell: Have you agreed to the future debates?

Biden: Yes I have.

Mitchell: Do you want the rules changed?

Biden: I would hope they would be able to gain more control. I thought it was embarrassing for the country the way the president acted to the rest of the world watching us. The next debate is going to be a town hall-type debate and I’m really looking forward to it because as I understand it audience members are going to ask us a question and we get to answer the question, each of us. I just hope there’s an opportunity to actually answer the question.

Mitchell: I want to ask you about a moment last night. You were talking about your son, Beau, obviously very proud. The president went to attack your son, Hunter. Obviously you said some things showing you were very proud of him as well. You stopped, you looked at him and you gave him quite a look. Can I ask you what was going through your head at that moment?

Biden: I just thought that it was hard for me to believe the President of the United States would be so viciously classless and do what he did. We knew when his people announced to all of the major outlets that they were going to try to attack my family and to get me angry. All I kept thinking was I wonder how many people had to take their kids away from the television set when this was going on just to say, ‘This is not who we are. This is not who we are as a nation.’ That’s all I kept thinking. 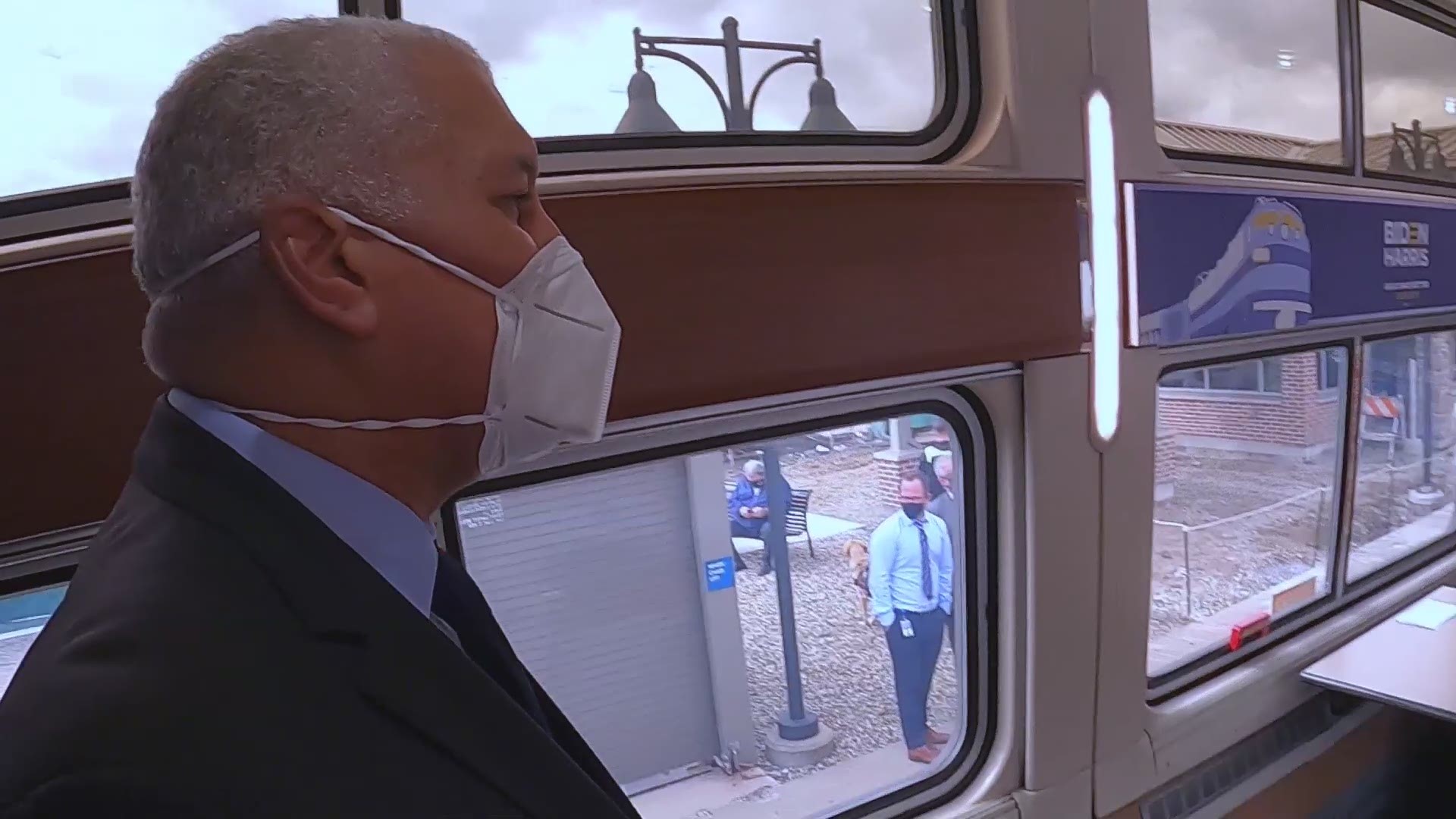 Mitchell: As a dad, as a father, was there anything personal going through your mind at that point?

Biden: As a father I thought about all the other fathers and mothers, I really mean this, some of whom have lost their children. … I thought about all the people left behind. I really mean that. I just thought this election isn’t about my family or his. It’s about your family. It’s about the family of the American people. I just wonder, my lord what must they be thinking?

Mitchell: You called the president last night a clown several times. You told him to shut up. In hindsight, do you regret using that language at all?

Biden: The thing I regret is I regret the way in which the president refused to respond at all to the needs of the American people and say what he’s going to do. He used the line before the debate that now he can be really vicious. I just kept thinking to myself, what’s this guy made of? I just felt kind of embarrassed for the country.

Mitchell: Do you regret calling him a clown or telling him to shut up?

Biden: No, I just wish the circumstances hadn’t of been what they were.