The ruling is likely to be appealed to the U.S. Supreme Court. 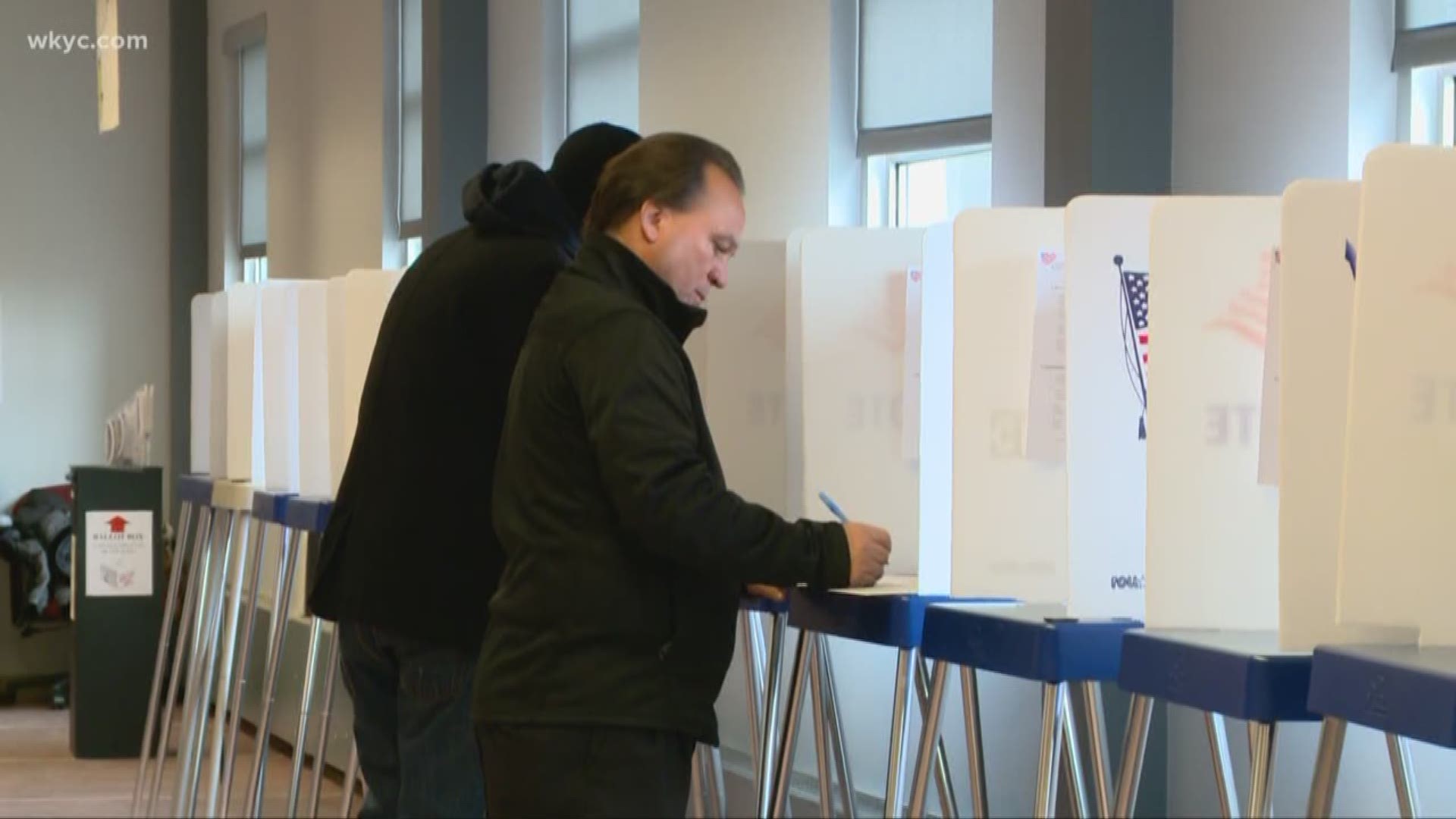 CINCINNATI (AP) — A panel of federal judges ruled Friday that Ohio's congressional districts were unconstitutionally drawn by the Republicans for their political advantage, and it ordered a new map for the 2020 elections.

The ruling, if it stands, could prove an important victory for the Democrats, who are hoping redrawn boundaries will not only help them pick up House seats but also energize voters and boost turnout in this longtime battleground state, helping them defeat President Donald Trump. Republican officials said they would appeal.

The panel unanimously declared the current map an "unconstitutional partisan gerrymander," saying the GOP-controlled Ohio Legislature put the Democrats at a disadvantage by packing lots of them into four districts and scattering the rest across the remaining 12.

"Democratic candidates must run a significantly longer distance to get to the same finish line," the judges wrote in a 301-page ruling.

The Republicans hold a 12-4 advantage in Ohio's congressional delegation under the current map, which went into effect for the 2012 elections.

The Supreme Court, which is already considering a gerrymandering case that could lead to a major decision on how far politicians can go in drawing districts. It involves challenges to congressional maps in North Carolina, drawn by Republicans, and Maryland, created by Democrats.

Republican Attorney General Dave Yost said he will seek to stay the court order while appealing to the U.S. Supreme Court. He also pointed out in an emailed statement that Ohioans have already approved mapmaking reforms that will be in effect for redistricting after the 2020 U.S. Census.

He called the opinion "a fundamentally political act that has no basis whatsoever in the Constitution."

Some Democrats have said that after years of lopsided congressional races, newly competitive districts could generate voter excitement in a state that Trump won in 2016 after Barack Obama carried it twice. And that, in turn, could influence the White House race.

"That could very well change the turnout for the presidential race," said Ohio Democratic Party chairman David Pepper said. "It's a bad day for Republicans in Washington, and it's a bad day for Donald Trump."

The Republican Party state chairwoman called the challenge to the map "a partisan political ploy." Jane Timken said in an emailed statement: "When Democrats can't win at the ballot box, they try to change the rules."

The judges — two nominated by Democratic presidents, one by a Republican — ordered a proposed new map by June 20. They heard arguments in U.S. District Court in Cincinnati in March.

Voters' rights and Democratic groups had sued Ohio Republican officials, saying redistricting after the 2010 census yielded a map that has produced an impenetrable GOP advantage. Among the examples cited was Cincinnati, a Democrat-dominated city split into two districts, both held by Republicans.

Another example was Ohio's 9th Congressional District, which stretches in a long skinny line along Lake Erie and has been dubbed "the Snake on the Lake." The judges described it as "a bizarre, elongated sliver of a district that severed numerous counties."

Attorneys for the Republicans said the map was drawn with bipartisan support. Before it took effect, the GOP held a 13-5 advantage in Ohio's congressional delegation. (Each party later lost one seat when the state's representation in Congress was reduced because of population shifts.)

"This is called democracy in action," said GOP attorney Phil Strach, adding that both parties supported "incumbency protection" — or making it more likely an incumbent will win — because that benefits all Ohioans by giving their delegation more clout in Washington.

In a case similar to Ohio's, a three-judge panel ruled last week that Michigan's congressional and legislative maps were unconstitutionally gerrymandered, and ordered the state Legislature to redraw some districts for 2020. The judges wrote that the GOP created districts in 2011 with the goal of ensuring "durable majorities" for Republicans. Republicans have appealed that ruling.

The lawsuit challenging Ohio's map called it "one of the most egregious gerrymanders in recent history," one that has reliably done its job by allowing the GOP to capture 75% of the seats by winning a little more than half the state's votes.

The longest-serving woman in House history was among the plaintiffs' witnesses. Nineteen-term Rep. Marcy Kaptur of Toledo said her district, the elongated 9th, was "hacked apart," forcing her into a Democratic primary with veteran Rep. Dennis Kucinich of Cleveland in 2012. She won, knocking him out of Congress.