Eduardo Gonzalez was a jumble of emotions watching President Obama's historic trip to Cuba. The Cleveland business executive grew up in pre-Castro Cuba and fled to America with his family. 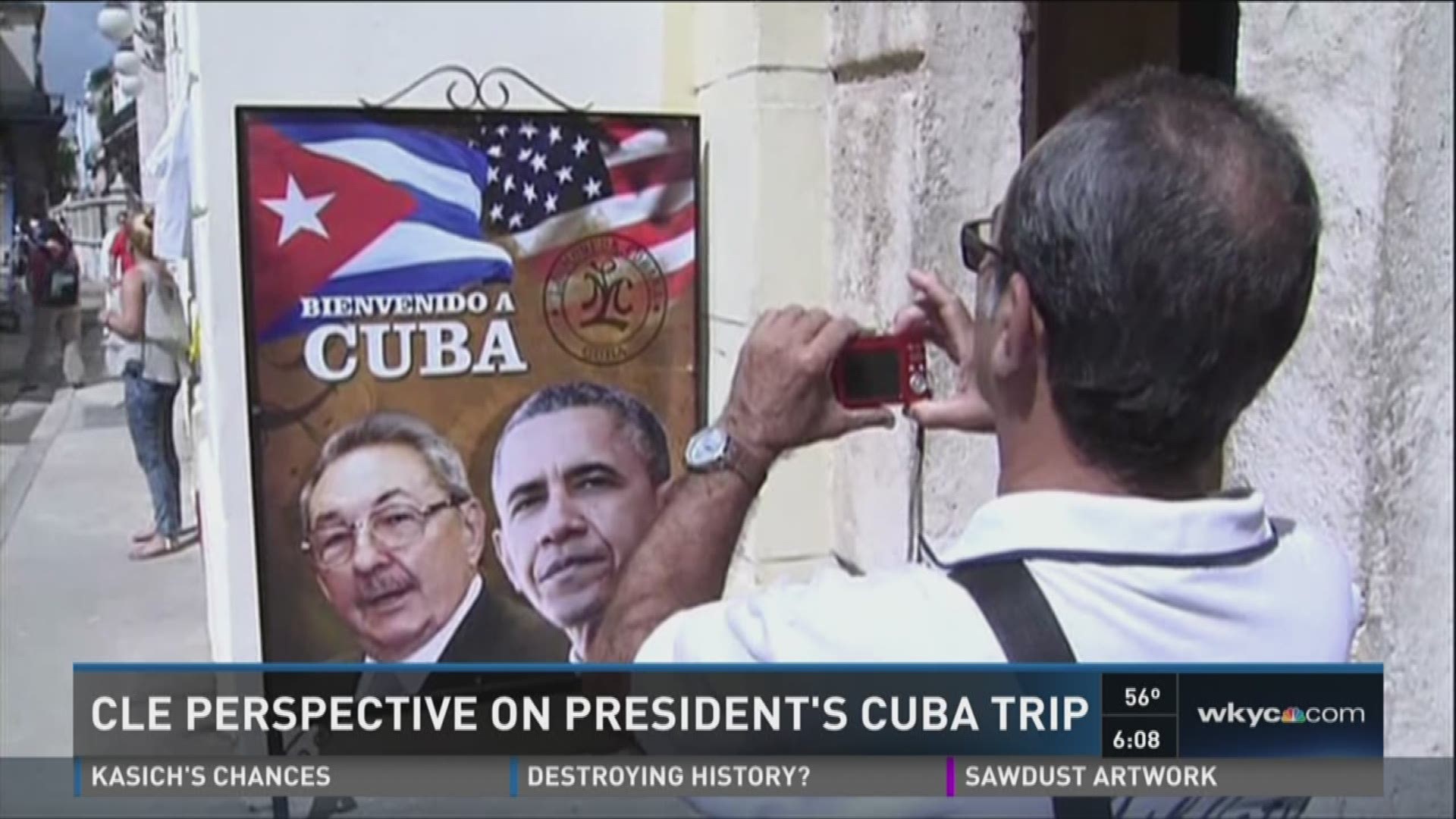 CLEVELAND -- Eduardo Gonzalez believes President Obama's trip will be very beneficial to his homeland of Cuba, but will not do much to lay the foundations for democracy anytime soon.

Gonzales grew up in pre-Castro Cuba. His father was a very successful lawyer. His parents and their six children lived near Guantanamo.

But when Castro took charge, "basically a contract went out to kill all the lawyers."

He and his family fled to Miami and found their way to Cincinnati.

Ultimately, he came to Cleveland and became president of Ferragon Corporation, a handful of companies that treat and deliver rolled steel to automakers and other customers.

When he watched television coverage of President Obama's visit to Cuba and meeting with Raoul Castro, "I had a bunch of emotions going through my body."

He was sad because his father did not live to see this day. But he was glad because he think's the visit will be good for his impoverished homeland.

He is in favor of dropping the embargo. "It's obsolete. Get rid of it, " he says.

But he doubts that Obama's visit will hasten any rush to democracy or tolerance for political dissidents.

"The people who think Cuba is going to change significantly are naive,....those guys are not going to relinquish power, " he said, referring to leaders in charge of parts of Cuba's government, armed forces and economy.

But he admits his opinions differ from many other Cuban-Americans.

He has been wooed to have Ferragon invest and build a factory in Cuba.

Gonzalez says that's unlikely anytime soon. He is unwilling to build, invest and depend on being paid by the Cuban government.

But if a big car-maker builds a plant there, that could change things.

"If they went down and put a big plant there, then yeah, we'd do that," he says.

Gonzalez has never been back to his homeland.

"I might do it next year, " he said, talking about a fishing competition he almost went to this year.

He still has vivid memories of being around the violence of Castro's revolution.

"You would come out of the house, go to school and see a dead body over there. And there's a bombed-out car over there," he recalled.

Gonzalez predicts the President's trip may not change things overnight. But "it will definitely be for the betterment of Cuba," he thinks.

It is an immigrant-friendly company and has 23 different nationalities in its work force.

And perhaps you've heard of his son.