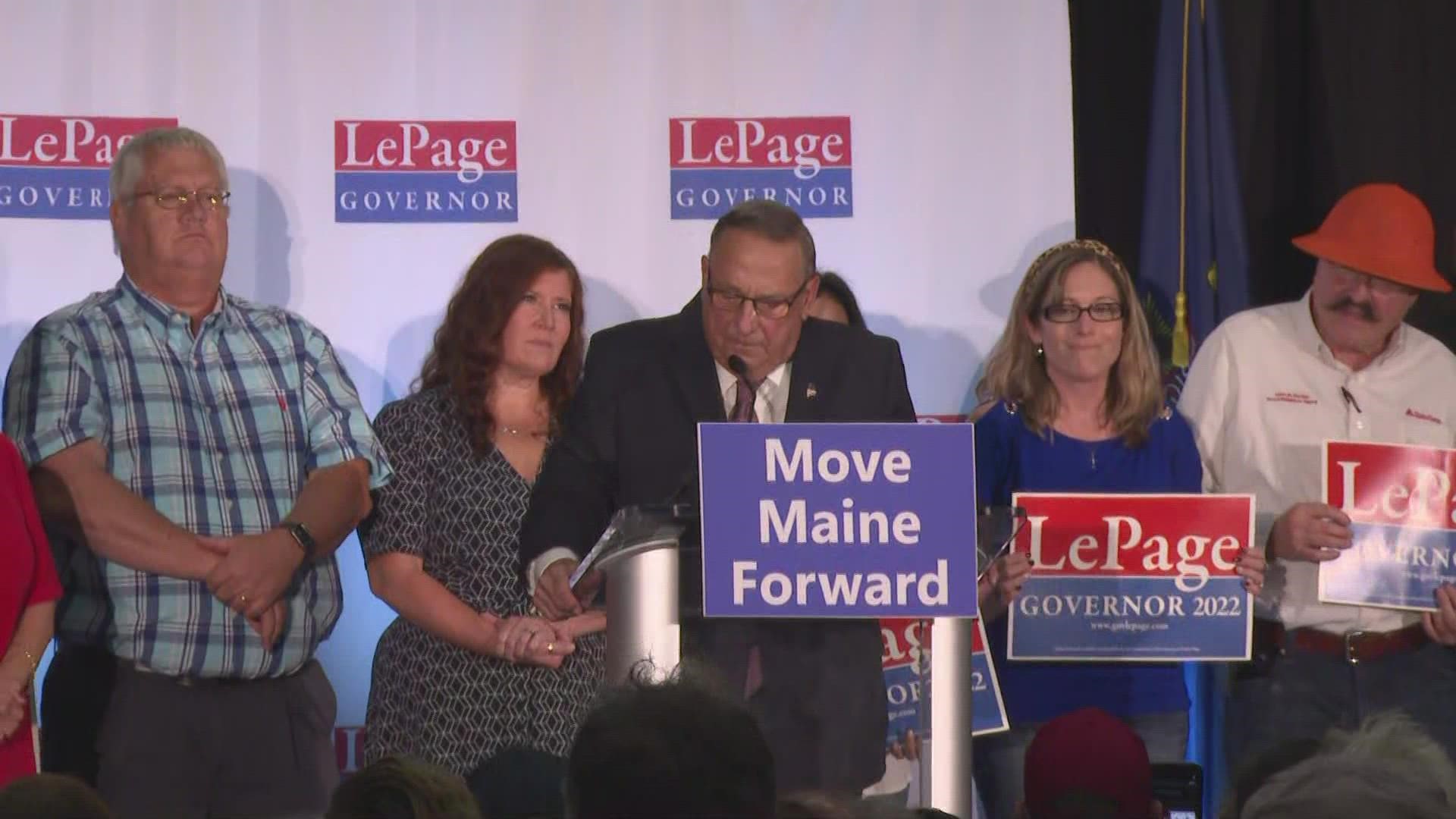 WESTBROOK, Maine — The race to be Maine’s next governor is shaping up to be a political battle of the titans, as former GOP Governor Paul LePage launches his campaign to defeat incumbent Democratic Gov. Janet Mills.

LePage kicked off the campaign Wednesday evening with a rally at the Augusta Civic Center and a prominent supporter of LePage sees him having a good chance of defeating the incumbent governor.

Ray Richardson, the morning host on WLOB Radio and Political Brew analyst, said he is a close friend of LePage, and that the former governor has changed the combative ways that marked his eight years as Maine’s Chief Executive.

“He is a different man. He has a great perspective, something gained by being out of office a couple of years,” Richardson said Wednesday.

He said LePage is "laser-focused” on returning Maine to the economic policies he championed as governor and said LePage 2021 would have a different style from that he showed during his eight years in office.

“I think he looks back at that time and realizes—­­not kinder, gentler because that’s probably not true—­­but more of a cooperative attitude. LePage is coming back for one reason, he doesn’t have anything to prove. He’s coming back to fix the things Mills has messed up and to get the state on a prosperous track.”

He said LePage is also focused on reducing government mandates that he said take away individual freedom.

Gov. Mills has yet to hold her own formal campaign kickoff, but the campaign organization wasted no time in drawing a distinction between the two candidates.

“Under Paul LePage’s leadership, our great state was almost unrecognizable. He blocked the expansion of health care, rejected clean energy… and brought the same style of divisive politics to Maine that Donald Trump brought to Washington,” reads a statement emailed from the Team Mills organization shortly after LePage’s 6 p.m. announcement.

There is no word yet when Mills plans a similar public event to launch her campaign.