Fudge is the first woman in more than 40 years to serve as the HUD secretary. 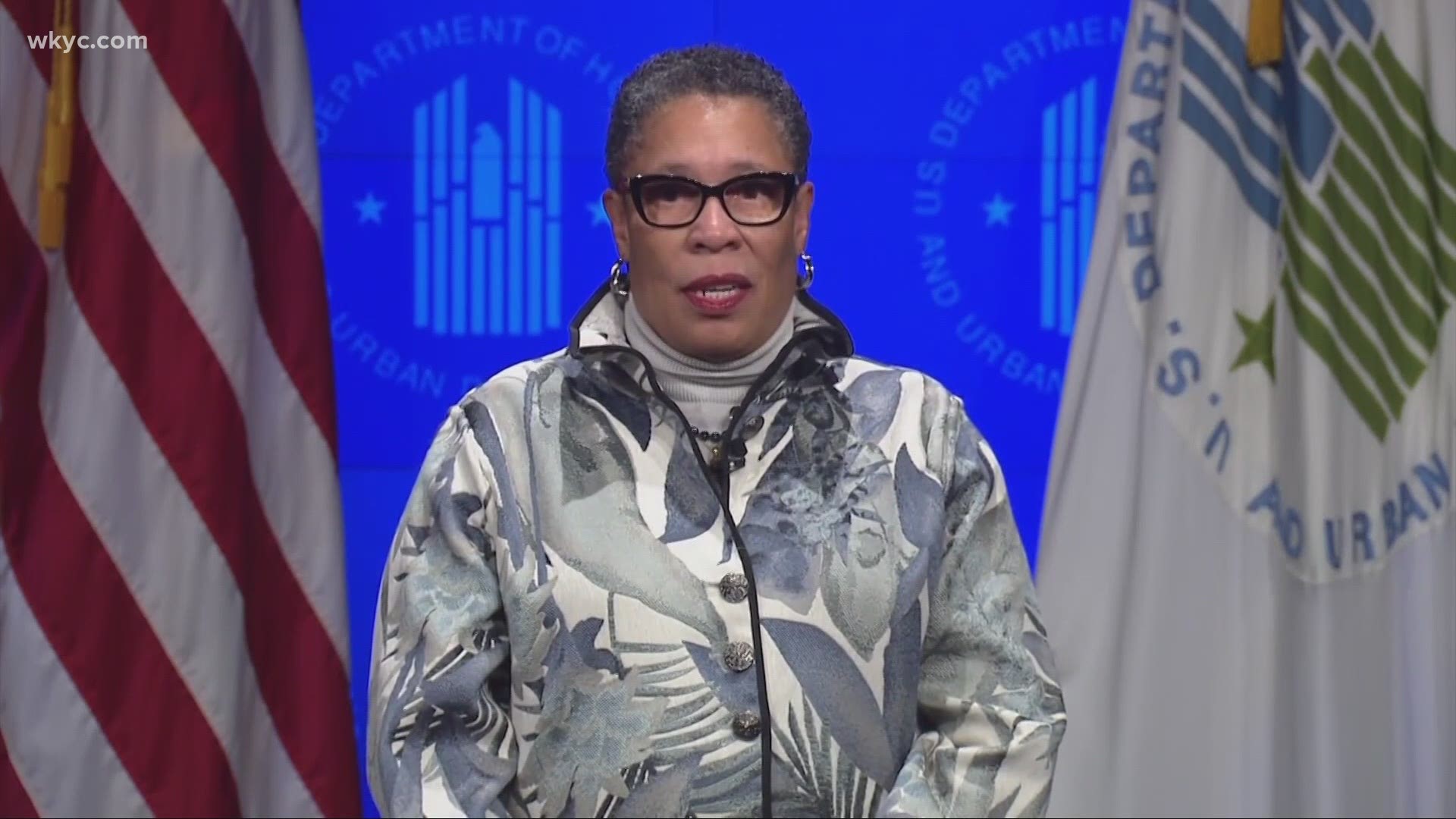 WASHINGTON, D.C., USA — Three months after she was formally nominated to serve as the next U.S. Secretary of Housing and Urban Development, Northeast Ohio Rep. Marcia Fudge was confirmed by a Senate vote of 66-34 early Wednesday afternoon. Among the Republicans who voted in her favor were Sen. Mitch McConnell and outgoing Ohio Sen. Rob Portman.

Now confirmed, the Biden administration says Fudge is the first woman to lead HUD in more than 40 years. The White House had already scheduled her swearing-in for Wednesday evening ahead of the confirmation vote, according to the Associated Press.

Biden's office released the following statement back in December as he announced Fudge as his HUD secretary nominee:

Congresswoman Marcia Fudge, a leading voice for working families who has represented Ohio’s 11th Congressional District for the last twelve years, is nominated to serve as Secretary of Housing and Urban Development. A former mayor of Warrensville Heights, Ohio, and past Chair of the Congressional Black Caucus, Congresswoman Fudge is a longtime champion of affordable housing, urban revitalization, infrastructure investment, and other reforms to enhance the safety, prosperity, and sustainability of American communities. If confirmed, she will be the first woman to lead HUD in more than 40 years and the second Black woman in history to lead the Department.

On Wednesday afternoon, Fudge posted a video on her social media platforms thanking her constituents in Ohio's 11th Congressional District for 'placing your trust in me.'

It has been a privilege, pleasure, and distinct honor to serve the people of Ohio’s 11th District in Congress for the last 12 years.

Thank you for placing your trust in me. pic.twitter.com/lESLKoFW6q

She later created a new Twitter account and handle, calling her confirmation as HUD Secretary "the honor of my life."

It’s the honor of my life to serve as Secretary of @HUDgov. I can’t wait to get to work. pic.twitter.com/EdNph1tOUI

Reaction to Fudge's confirmation was quick. Here are some of the responses:

Nina Turner, who is running for Fudge's congressional seat, released the following statement: "Secretary Fudge worked hard on behalf of the people of the 11th District to create jobs, promote quality education, improve access to health care and protect civil rights for all, and I have no doubt she will take that same passion for justice and equity to her new position as the Secretary of Housing and Urban Development. When one of us succeeds, we all succeed -- I thank her for the work she has done on behalf of all Ohioans and congratulate her on this historic appointment and accomplishment."

Congressman Tim Ryan: “I couldn’t be more excited that my friend and longtime House colleague, Marcia L. Fudge has been confirmed as the next Secretary of Housing and Urban Development. Secretary Fudge is the perfect person to lead the Department of Housing and Urban Development as we tackle the housing issues facing our country. I know that she has a deep understanding of the issues surrounding blight, disinvestment, and poverty faced by so many Americans, and I have every confidence that she will be an ally to our communities in Ohio and across the country. I congratulate her on her appointment by President Biden and Vice-President Harris, and her confirmation by the United States Senate. I am excited for the work ahead and will be at the ready to support her in her efforts.”

So who will take her congressional seat? There are several people eyeing the role.

Editor's note: Video in the player above was originally published on Dec. 9, 2020.