Friday's rally at a Florida retirement community attempted to position the House members as successors to the former president’s populism among the MAGA faithful. 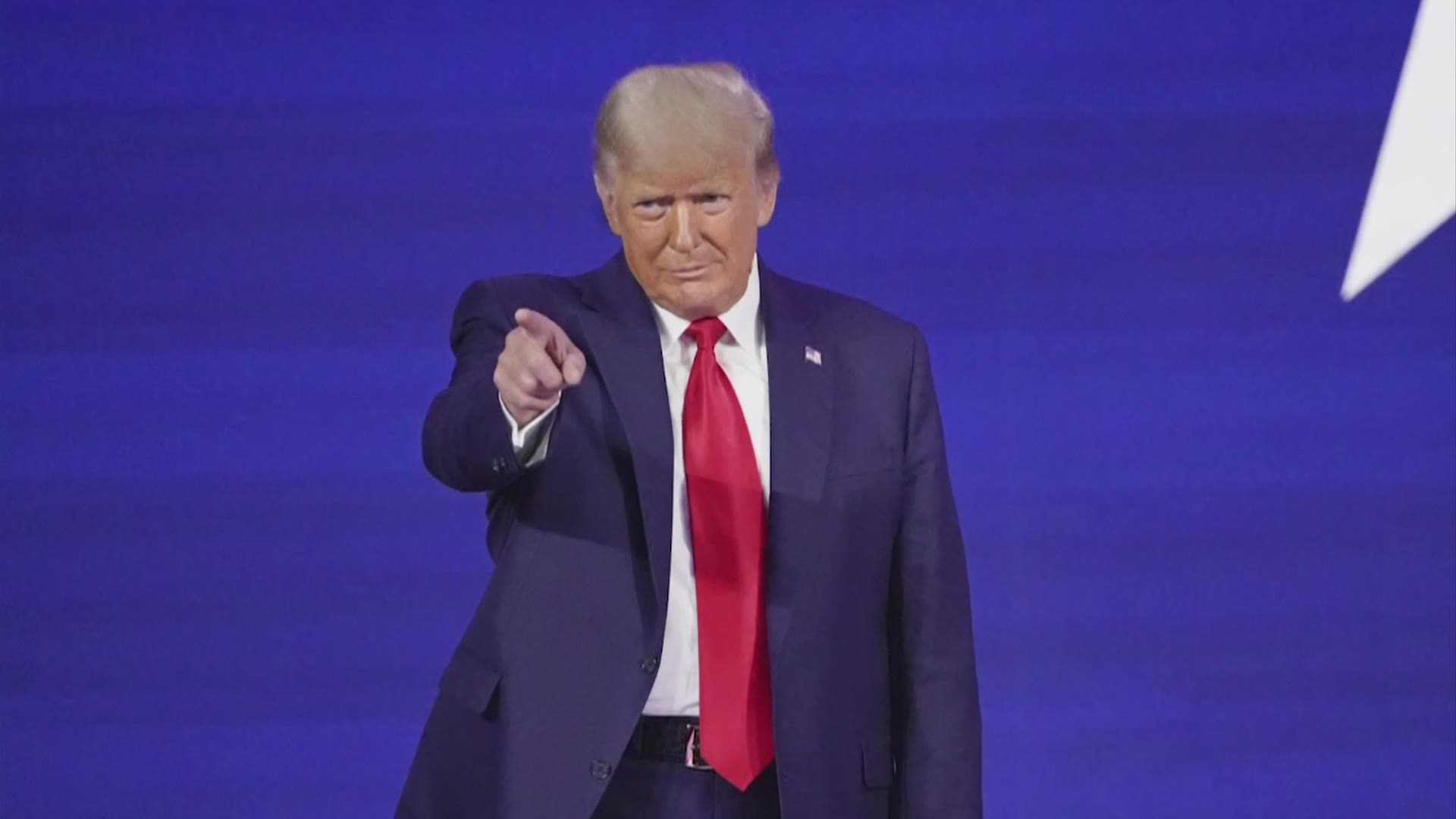 U.S. Reps. Matt Gaetz and Marjorie Taylor Greene, two of the Republican Party's most controversial figures, kicked off their "America First Rally" roadshow Friday with a Trump-centric revival of sorts for the MAGA faithful at a Florida retirement community.

The gathering appeared to be an attempt to position the two conservatives as successors to the former president's populism.

"Tell me, who is your president?"" Greene shouted after walking out onto a ballroom stage in front of hundreds of supporters wearing "Trump" T-shirts and "Make America Great Again" red ballcaps.

Joking that he was a "marked man in Congress ... but a Florida man," Gaetz called former President Donald Trump "the undisputed leader of the Republican Party."

"Today, we send a strong message to the weak establishment in both parties: America First isn't going away. We are going on tour," Gaetz said. "It's no longer the red team against the blue team. It's the establishment against the rest of us."

Gaetz held up himself and Greene as challengers to the establishment and successors to Trump's populism.

"They lie about us because we tell the truth about them," Gaetz said of the establishment.

The indoor rally took place with just a week until Gaetz associate Joel Greenberg faces a deadline to enter a plea deal that could lead to damaging information against the Florida congressman. Gaetz alluded to the investigation by referencing what he said were distorted descriptions of himself as someone who has wild parties with beautiful women.

Both Republican members of the House of Representatives have come under fire in recent months, though for different reasons.

What began as an inquiry into sex trafficking allegations and whether Gaetz paid women and an underage girl in exchange for sex has grown into a larger review of public corruption. Federal investigators are looking at whether Gaetz and his associates tried to secure government jobs for some of the women. They are also scrutinizing Gaetz's connections to the medical marijuana sector.

Greenberg, a former local tax collector, has been accused of trafficking a minor for sex and faces a May 15 deadline to strike a plea deal with prosecutors. If he does, Greenberg may be pressed to cooperate with federal investigators and deliver damaging information against Gaetz.

The controversies made no difference to the 300 supporters, mostly retirees, who packed into a hotel ballroom to listen them. A long line trailed outside the hotel with people who couldn't get in once the ballroom reached capacity. The Villages, which was the fastest growing U.S. metro area last year, has been a Republican bastion for decades and is often a must-stop destination for Republican presidential candidates.

Inside the ballroom, the supporters danced and clapped to Laura Branigan's "Gloria" and other 1980s hits and waved their arms, loudly chanting the lyrics of Queen's "We Are the Champions," before the politicians took the stage.

At least a half dozen muscled security guards in identical olive shirts stood around the room.

John Peil was in the crowd. He described the rally as a great way to cap off a day of golfing.

Of Greene, Peil said, she was "a great woman" who wasn't afraid to take on Democratic lawmakers in Congress. There was a double standard between when Democrats run into controversies and when Republicans do, he said.

"They're using a double standard on the two of them too," Peil said, referring to the two House members. "It's always the conservatives that get the dirt, and it's always the liberals that speed away free."

Zach Hussein and Josh Labasbas held up a black banner that said "Antifacist Action" in front of the hotel where the rally was held until a police officer politely asked them to leave at the request of the property owner. A passerby told them, "Go back to Cuba."