Senator Sherrod Brown on being in the Senate during the DC riot, and why he says President Trump should be removed from office

Sen. Brown told 3News' Stephanie Haney that he's concerned about what President Trump may do with the military between now and the inauguration of Joe Biden 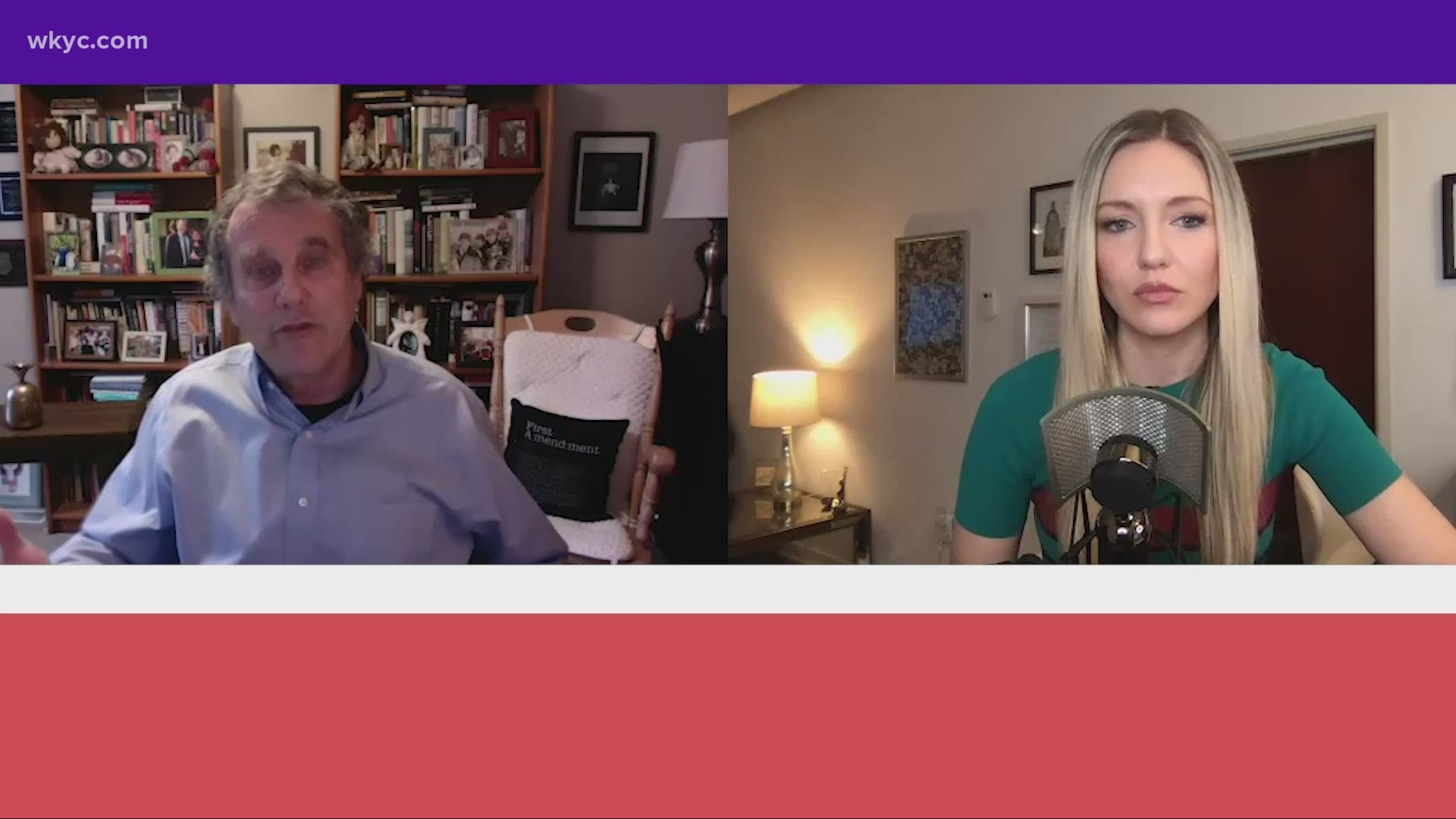 CLEVELAND — In a special preview of an upcoming episode of the 3 Things to Know with Stephanie Haney podcast, Ohio's US Senator Sherrod Brown shares what it was like to be in the Senate during riots where a pro-Trump mob broke into the Capitol, the double standard he thinks was apparent in the police response, and why he says President Donald Trump should be removed from office immediately.

Sen. Brown said at first, he and his colleagues had no idea what was happening because they were locked in debate over the first objection to certifying the Electoral College vote.

It was only when Sen. Mitt Romney (R-Utah) tried to leave the chamber and was stopped that the members knew something wasn't right.

"Only when Senator Romney tried to leave, and was trying to go out the door and they stopped him, which they normally wouldn't have done, then when the Capitol Police, or the Sergeant-at-Arms took the Vice President and ushered him out of the room as he was presiding, then we knew something was up," Brown said.

"It was troubling by any standard. Even my Republican colleagues, who are total Trump people, overwhelmingly they acknowledge that Trump incited these rioters and that that's got to stop."

In the video below, listen to more of what Sen. Brown had to say about his experience, including his view on police bias in the Capitol and why he thinks it's so crucial to remove Trump from power immediately, even at this late stage in his presidency:

The full conversation, about what a Joe Biden presidency means for Ohio, drops on the 3 Things to Know podcast on January 16.

To find the podcast, just search for 3 Things to Know with Stephanie Haney on your favorite podcast platform, or follow your preferred link below:

Check out more episodes, including an in-depth look at how to do a financial health check-in, at the links below.