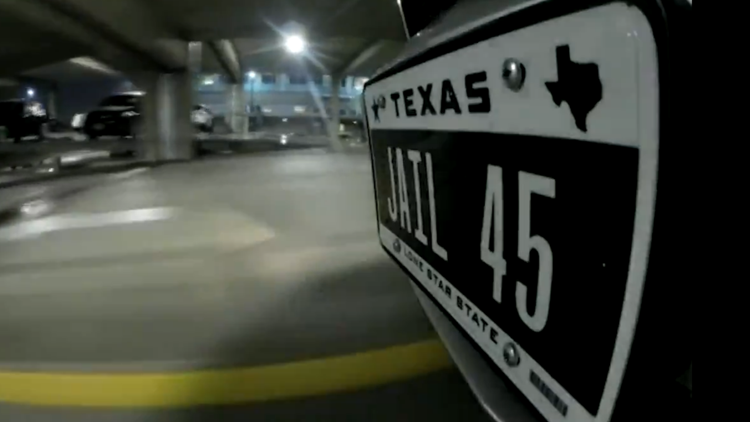 FORT WORTH, Texas — The Texas Department of Motor Vehicles is forcing a Fort Worth man to get rid of his “Jail 45” license plate after initially approving it.

"Jail 45" is a reference to President Donald Trump, the 45th president of the United States of America.

Jerry Balkenbush got the plate in November, but after a complaint in December, the state decided to revoke it, saying it’s derogatory.

“My license plate is peaceful. It does not harm anybody,” Balkenbush said. “If we can’t protest the government then what direction are we headed towards?”

The state rejected more than 4,500 plates last year. Balkenbush's is one of only 12 given approval but later revoked after a complaint.

“Someone said, ‘ok, that’s ok’, and then one complaint says, ‘ok you’ve got to take them off’ when to me, that’s my freedom of speech, my first amendment rights,” Balkenbush said.

The Air Force veteran has said he’s voted Republican more than Democrat in his life and says what’s most frustrating is the response he’s gotten from anonymous people on Facebook who found out about the plate and messaged him and even his wife.

“I did not foresee the hate coming, the nasty words and profanity towards me and towards my wife,” he said. “I feel like this is the new normal in our politics.”