Co-sponsor of the bill says, "well-meaning parents are being coerced." 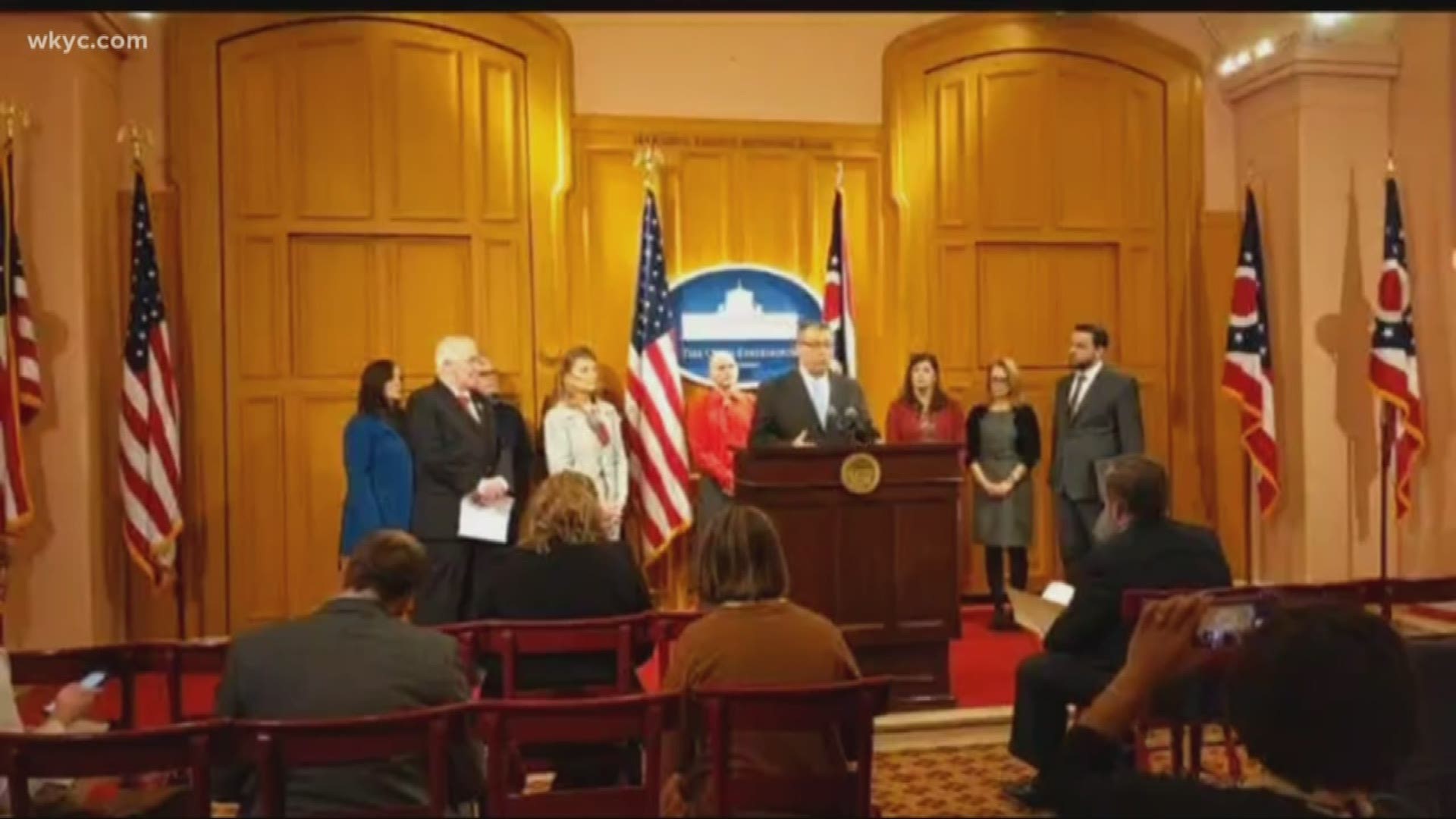 CLEVELAND — Two Ohio lawmakers from southern Ohio announced Tuesday that they will introduce a bill that would restrict medical treatments for transgender children under the age of 18, by charging doctors who perform gender altering procedures with a third-degree felony. A conviction for a third-degree felony is punishable by up to 3 years in prison.

State Representatives Ron Hood, of Ashville, and Bill Dean, of Xenia, both Republicans, are planning to introduce the "Protect Vulnerable Children Act" later this week.

"What we are concerned about here is Ohio's most vulnerable children are being subjected to experimental, unproven, and expensive treatments and surgeries," said Hood in a news conference in Columbus. Referring to high suicide rates among transgender teens, which has been estimated at 40%, Hood said, "The best suicide prevention is to care and guide. Not to sterilize. Obviously these procedures bring about sterilization which is a very, very permanent decision that is being made at such a young age."

A mother who identified herself as Maria also spoke at the news conference, and criticized what she called, "an affirmation-only society."

"Families are being coerced and these kids are being gas-lighted by the medical community into believing this fantasy. They are being told that they can actually be the opposite sex," she said.

Wade shared his family's story on with Ellen DeGeneres on her TV talk show, Ellen. "

"Came home and said, 'Hey i want to talk to you guys. I think going forward, I'm ready to live my truth. And I want to be referenced as "she" and "her," he explained. "We're just trying to get as much information as we can to make sure we give our child the best opportunity to be her best self."

The bill would potentially affect all of Northeast Ohio's major hospitals, which have added medical and mental health services specifically for transgender patients. Akron Children's Hospital opened its Center for Gender Affirming Medicine last July, for patients age 7 and older.

Local hospitals declined to comment on the proposed legislation, citing no knowledge of the bill.

3News reached out to the LGBT Community Center of Greater Cleveland, but Lauren Welch, a spokesperson, declined to comment on the proposed bill, and referred us to other organizations, because, "We get enough press," she said.