Brown flew to Washington the day after being elected to represent Ohio's 11th Congressional District, and has already voted on a major piece of legislation. 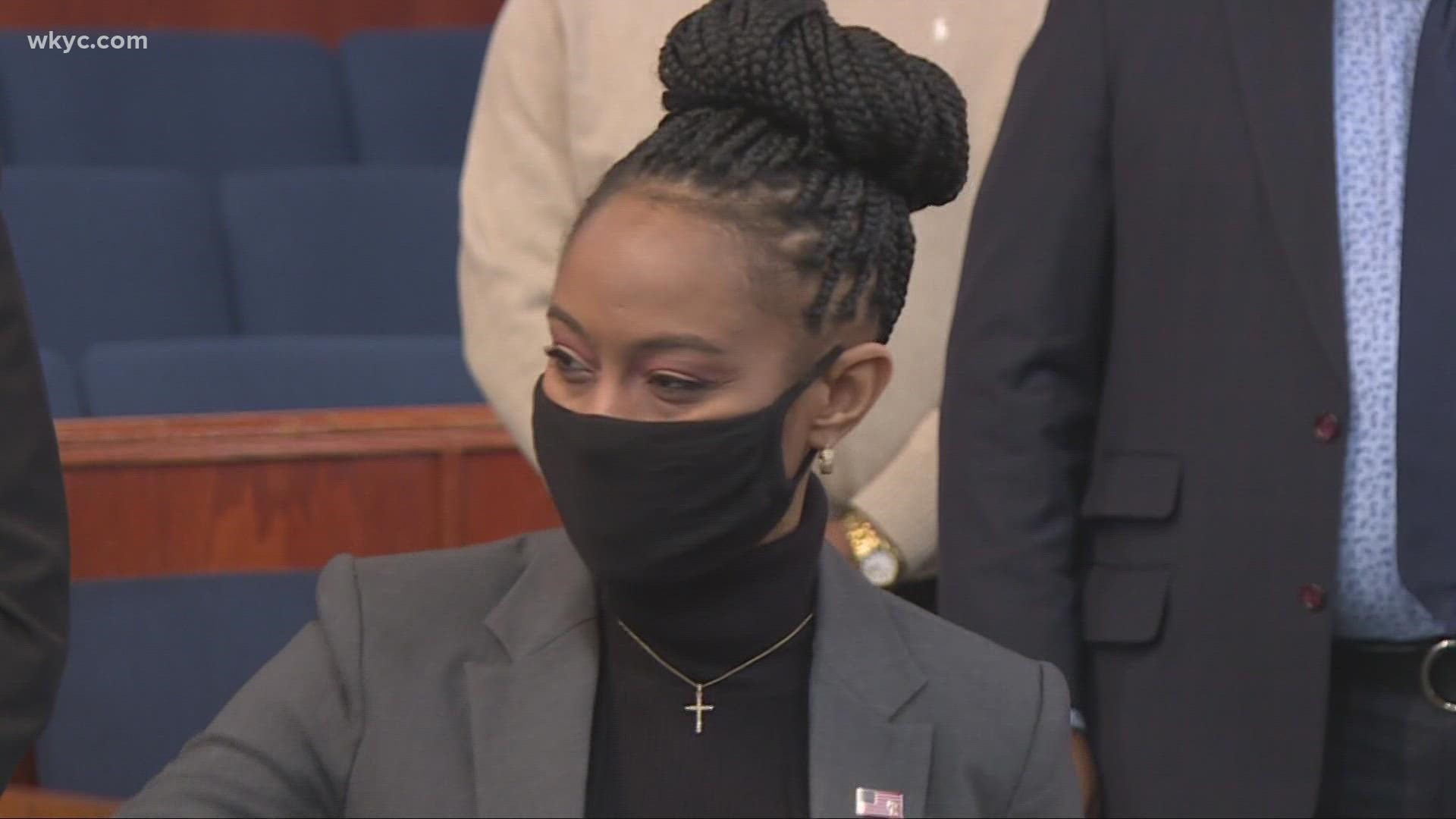 WASHINGTON — It shouldn't be long before we see the $1-trillion infrastructure bill that's headed to President Joe Biden’s desk signed in action.

It took a lot of negotiating and sleepless nights for the bill to get this far. For some members of Congress, like one of Ohio's newest Reps. Shontel Brown, it's been a whirlwind.

Brown won the seat on Tuesday in a special election, and by Wednesday morning, she was on a plane to Washington, D.C. On Friday, she was already casting a vote on a major piece of legislation: The bipartisan infrastructure bill that's been negotiated since Biden took office.

"We're talking about historic investments in roads, railways and bridges," Brown told 3News. "We're talking about infrastructure as it relates to airports and public transportation. It does so much, but the thing that I think most excites me about this package is the fact that it will create plenty of jobs."

RELATED: Here's what is in the infrastructure bill passed by the House

Brown was one of the 228 votes in favor of the bill that passed through the House of Representatives and now heads to the president to sign (the Senate approved it in August). She says she knew there wouldn't be much of a delay between election day and getting to work, so she went into Tuesday prepared.

"I kept my eyes on that," Browns said of the bill. "I was blessed to be able to have some conversations with my future colleagues who also kept me apprised to what was going on. I couldn't be more excited to have made my first major vote to deliver a tremendous package, not only for the people of the 11th Congressional District, but across the country."

Browns says she’s not done: The congresswoman has been studying up and is prepared to cast another major vote on Biden's $1.75-trillion "Build Back Better" bill. The legislation includes social services like paid family leave, universal pre-K, and initiatives to battle climate change. She says she's already done her homework and is ready to move that bill forward, as well.

"I came to Washington to get things done," Brown stated. "I'm not trying to hold up progress. I-m looking forward. I was committed and campaigned on passing the Biden-Harris agenda, and that's what I am going to do."

Brown flew back to Cleveland after the vote on the infrastructure bill, but plans to re-route back to D.C. soon to get to work on that next bill. A formal vote is expected sometime before Thanksgiving.