'We need two political parties in this country that are both living in reality, and you ain't one of 'em.' 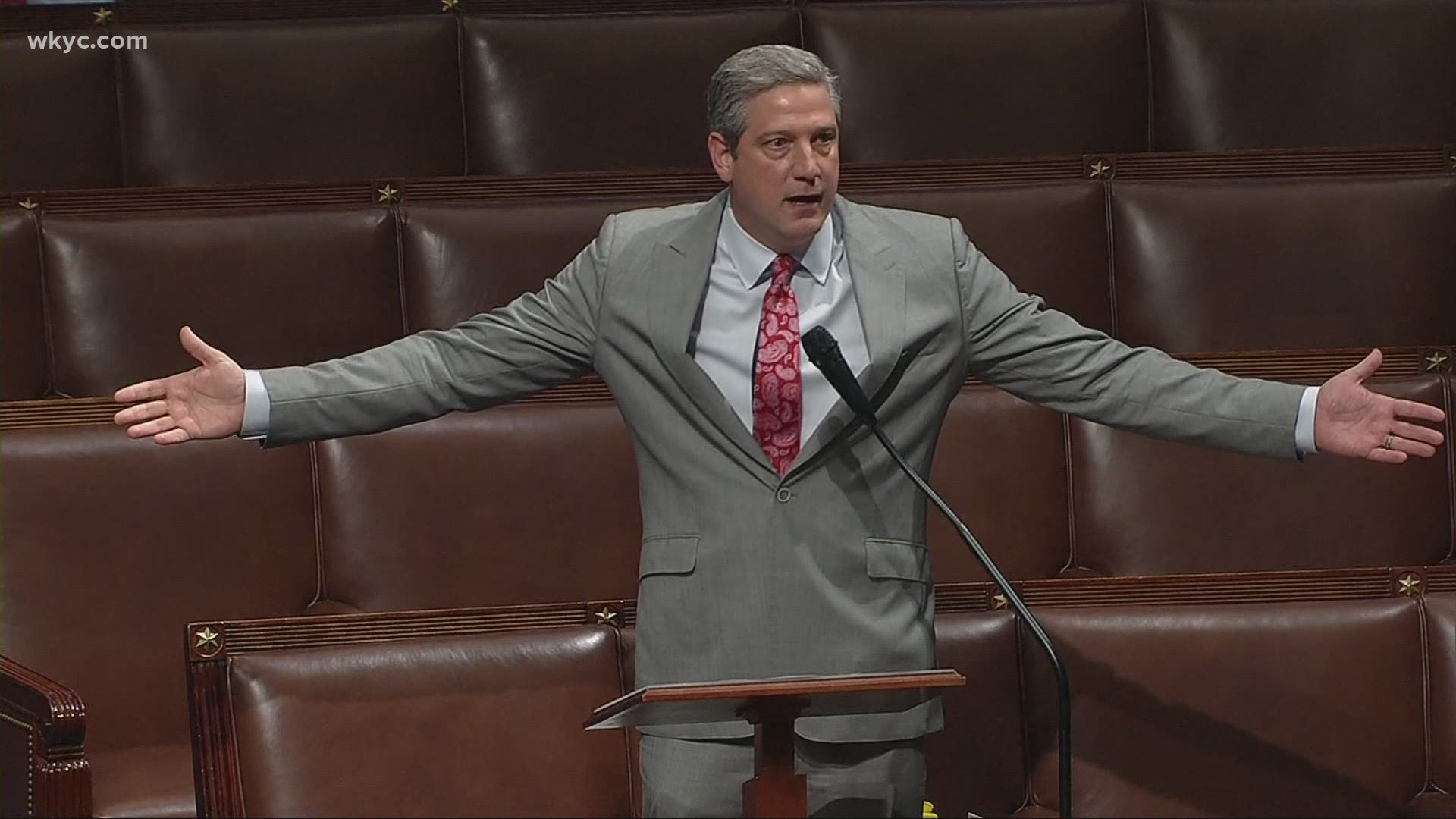 WASHINGTON — Wednesday afternoon in Washington, the House of Representatives passed a bill that would create a bipartisan commission to investigate the Jan. 6 attack on the U.S. Capitol, but some did not feel the vote was as bipartisan as it should've been.

The final tally was 252-176, with all but 35 Republicans voting in the negative. House Minority Leader Kevin McCarthy and Senate Minority Leader Mitch McConnell both came out against the bill before the roll call took place, echoing the wishes of former President Donald Trump, whose supporters stormed the Capitol four months ago in an effort to overturn the election won by now-President Joe Biden.

Democrats had negotiated with top-ranking Republicans for weeks and were able to reach a deal on a 10-member commission (with equal numbers from both parties) that would be modeled after the one established following the events of Sept. 11, 2001. But that didn't stop the vast majority of the GOP from refusing to back it, and their decision did not sit well with several of their Congressional colleagues, notably Northeast Ohio's Tim Ryan.

"Holy cow, incoherence!" the Niles Democrat said of Republicans in a fiery floor speech that has since made the rounds on social media. "No idea what you're talking about!"

We have people scaling the Capitol, hitting Cap. Police officers with lead pipes, & we can't get bipartisanship. If we're going to take on China, rebuild the country, reverse climate change, we need two political parties living in reality & the Republican Party ain't one of them. pic.twitter.com/GF1kCcXRRG

Ryan bashed those in the House who voted against the commission and claimed they were hypocrites, specifically citing their support for multiple committees to investigate former Secretary of State (and eventual presidential nominee) Hillary Clinton following the deadly 2012 bombing of the U.S. Embassy in Libya. The congressman also noted how multiple police officers were badly injured in the siege, along with one that later died after suffering from multiple strokes.

"We have people scaling the Capitol, hitting the Capitol Police with lead pipes across the head, and we can't get bipartisanship!" Ryan said. "This is a slap in the face to every rank and file cop in the United States."

Ryan, who is currently running to replace the retiring Rob Portman in the Senate next year, did commend the roughly three dozen Republicans who voted to establish the commission. As for the 176 who didn't, he questioned their ability to effectively govern.

Of the 35 House Republicans who voted in favor of the commission, two are from Northeast Ohio: Rocky River's Anthony Gonzalez and Russell Township's Dave Joyce. Gonzalez was one of the few GOPers to vote to impeach Trump in the immediate aftermath of the riot, while Joyce released the following statement after his vote Wednesday:

"What occurred on January 6th will forever be a stain on our democracy. While we won’t be able to erase it, we can and should have an independent, bipartisan assessment of the attack and the ensuing law enforcement response so that it never happens again. Good men and women had to put their lives on the line that day to confront the violence and chaos that flooded our nation’s Capitol. They – and the American people – deserve to know what happened and how we can fix the failures that occurred. This is about facts, not partisan politics."

Ryan also had this to say following his floor speech:

"There are big challenges we face as a country, and I believe Democrats and Republicans can join together and solve those challenges – but only if we’re starting from the same set of facts. I look forward to this bipartisan, non-biased commission helping us establish a common foundation that we can build upon in Congress as we work together to heal this country and move forward. The findings of this report will be key to opening the Capitol Complex again to the American public – as it should be –  and reaffirming the sanctity of our democratic process."

With the filibuster still in place and Democrats only holding a 51-50 majority (Vice President Kamala Harris is able to break ties), the commission bill's chances of passing the Senate seem slim, especially with McConnell's opposition.

Re-watch Ryan's remarks from immediately after the Capitol insurrection: