Officials are expected to announced the moderator early next month. 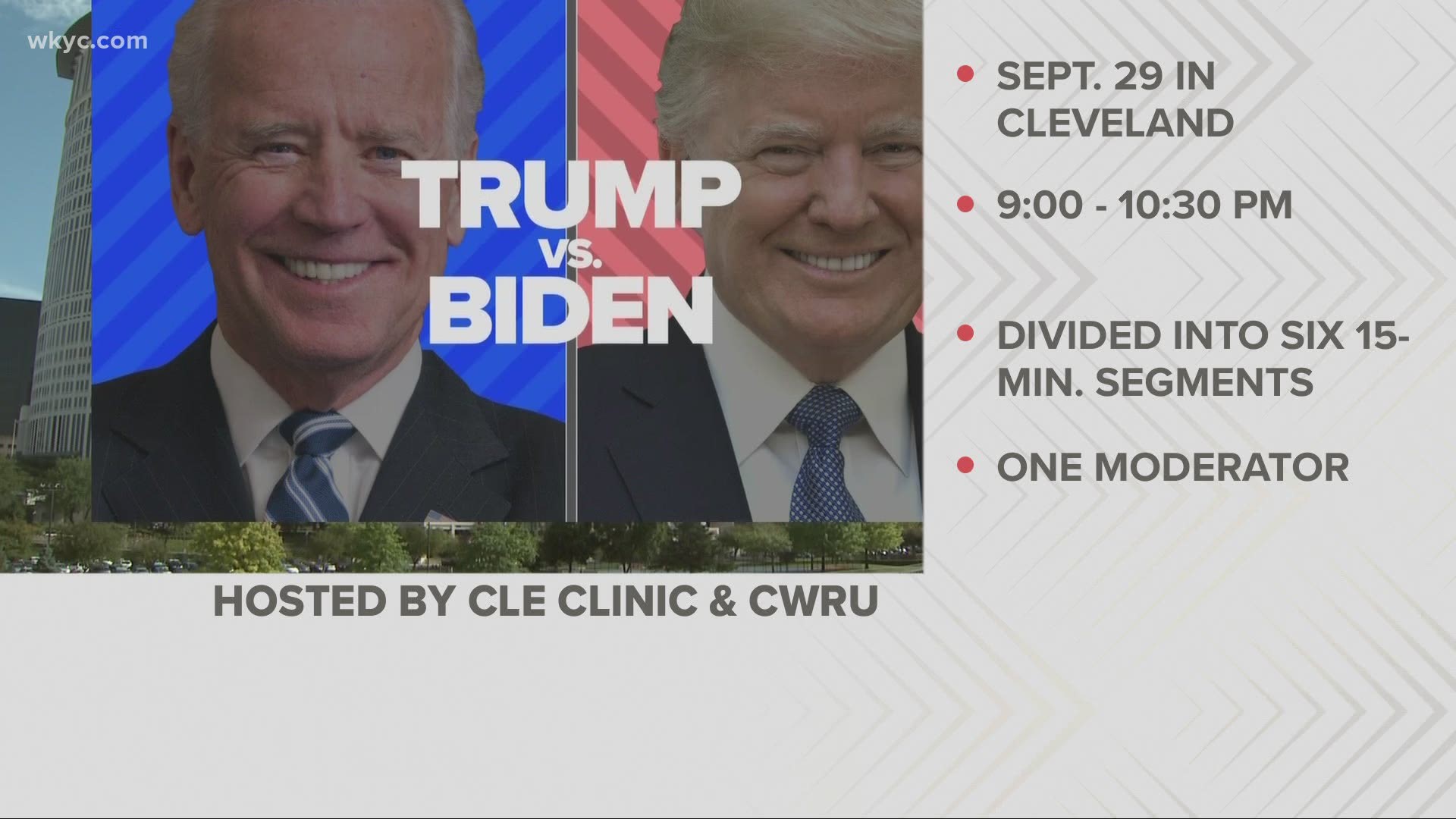 CLEVELAND — We now know more information about the first Presidential debate set to take place here in Cleveland next month.

The debate will be moderated by a single person. Officials are expected to announced the moderator early next month.

This year’s debate will mark Case Western Reserve’s second time hosting a debate. In 2004, the university hosted the Vice Presidential debate between Dick Cheney and John Edwards in the Veale Convocation Recreation and Athletic Center. About 43.6 million people watched that event. Viewing projections for this year’s debate exceed 100 million.